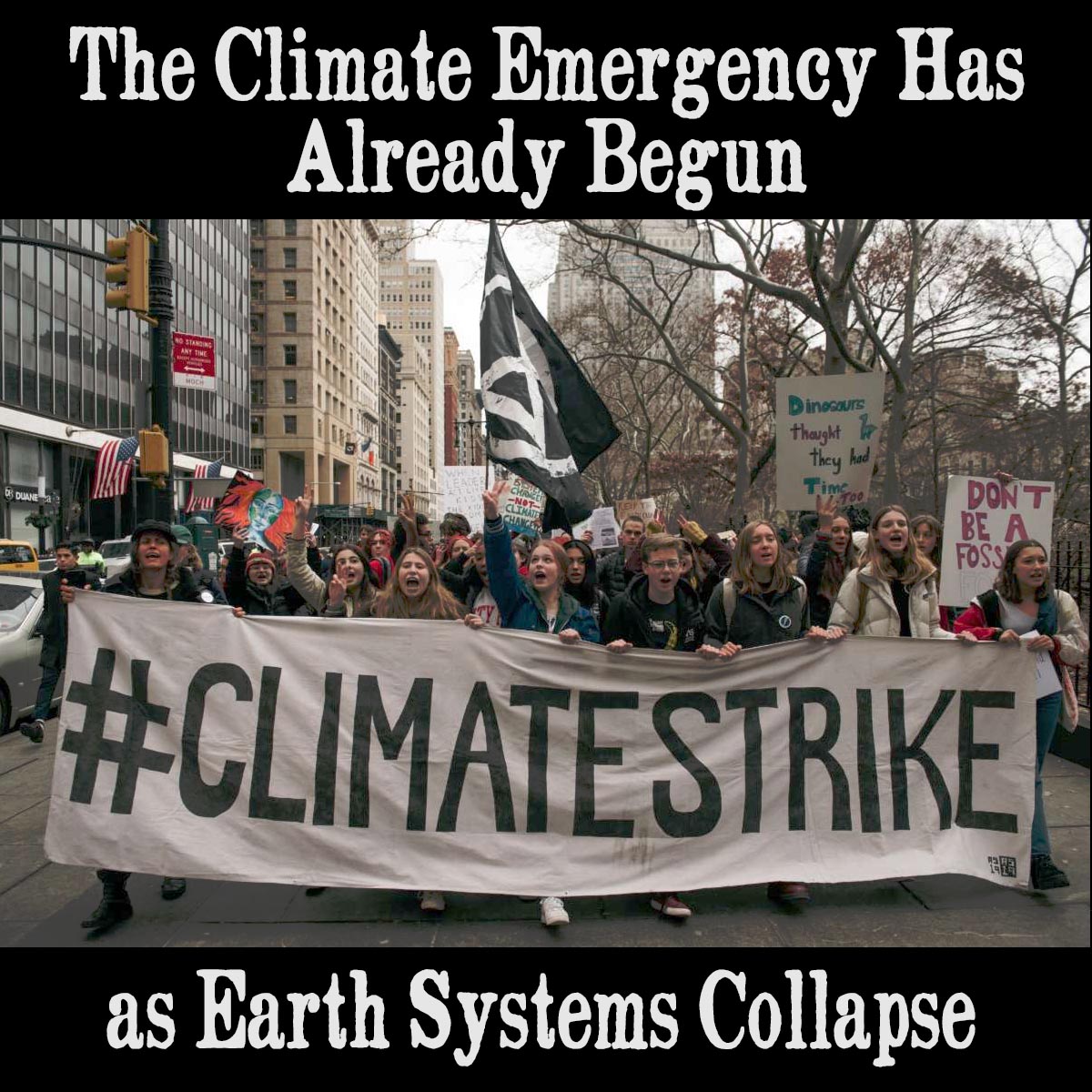 by Bruce Melton
First published on Truthout on December 7, 2019

More than 11,000 scientists across 153 countries are shouting out a new climate change warning. The delay for action has been too long. Addressing our rapidly degrading and already overly dangerous climate is now officially an emergency. Here is an excerpt from the article in the journal BioScience:

Exactly 40 years ago, scientists from 50 nations met at the First World Climate Conference (in Geneva 1979) and agreed that alarming trends for climate change made it urgently necessary to act. Since then, similar alarms have been made through the 1992 Rio Summit, the 1997 Kyoto Protocol, and the 2015 Paris Agreement, as well as scores of other global assemblies and scientists’ explicit warnings of insufficient progress. Yet greenhouse gas (GHG) emissions are still rapidly rising, with increasingly damaging effects on the Earth’s climate.

Read the rest of the story here