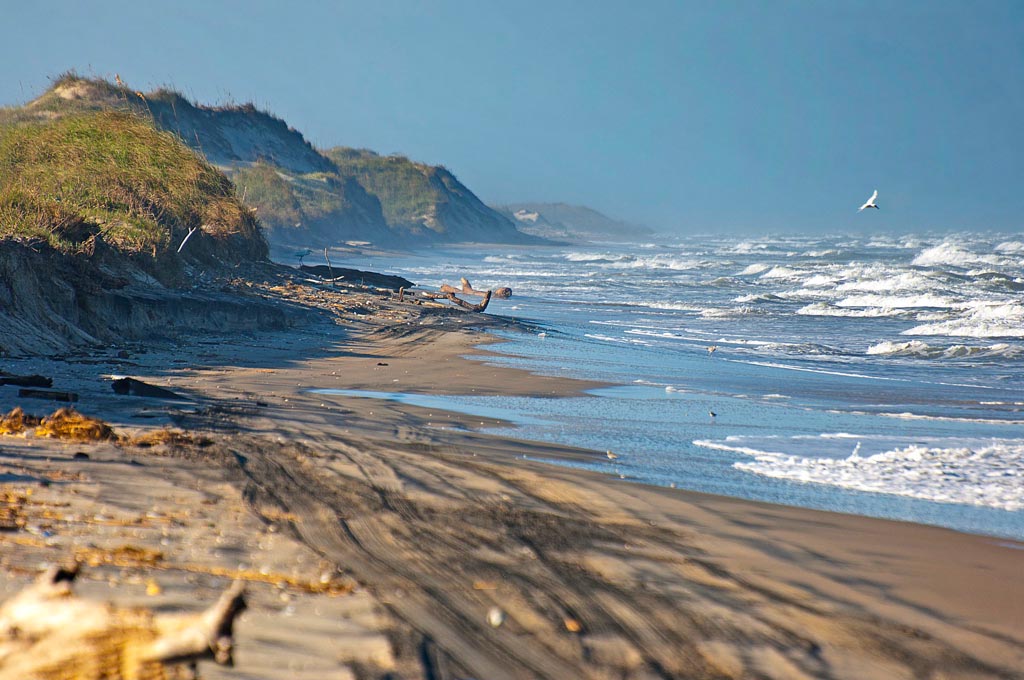 Dune erosion from sea level rise on South Padre Island wilderness beach, 13 miles beyond the end of pavement. The similarly sloped surf facing dune angles reveal sandbergs calving into the surf. For the last decade or two, sea level rise has been eroding our beaches. Now the beaches have been eroded away and the surf is in the dunes. Next, the surf moves into the coastal plains and resource abandonment becomes critical. Pr

By Bruce Melton
First published on the RagBlog.org, February 3, 2020

Microsoft going net zero by 2030 is a tremendously insightful action, but what’s truly groundbreaking and ever so much more important today, 30 years after we began trying to solve the climate pollution problem through the extinction of the fossil fuel industry, is that Microsoft is now addressing the most important part of the climate reform equation — historic emissions: the climate pollution that remains in our sky.

This is a first-ever declaration to take responsibility for greenhouse gas emissions in the past and the vast majority of the press totally missed it, except for NPR. The headline with Microsoft should not have been “Microsoft to go Net Zero by 2030,” but the much more profound, “Microsoft to remove all their historic climate pollution from the sky by 2050.”