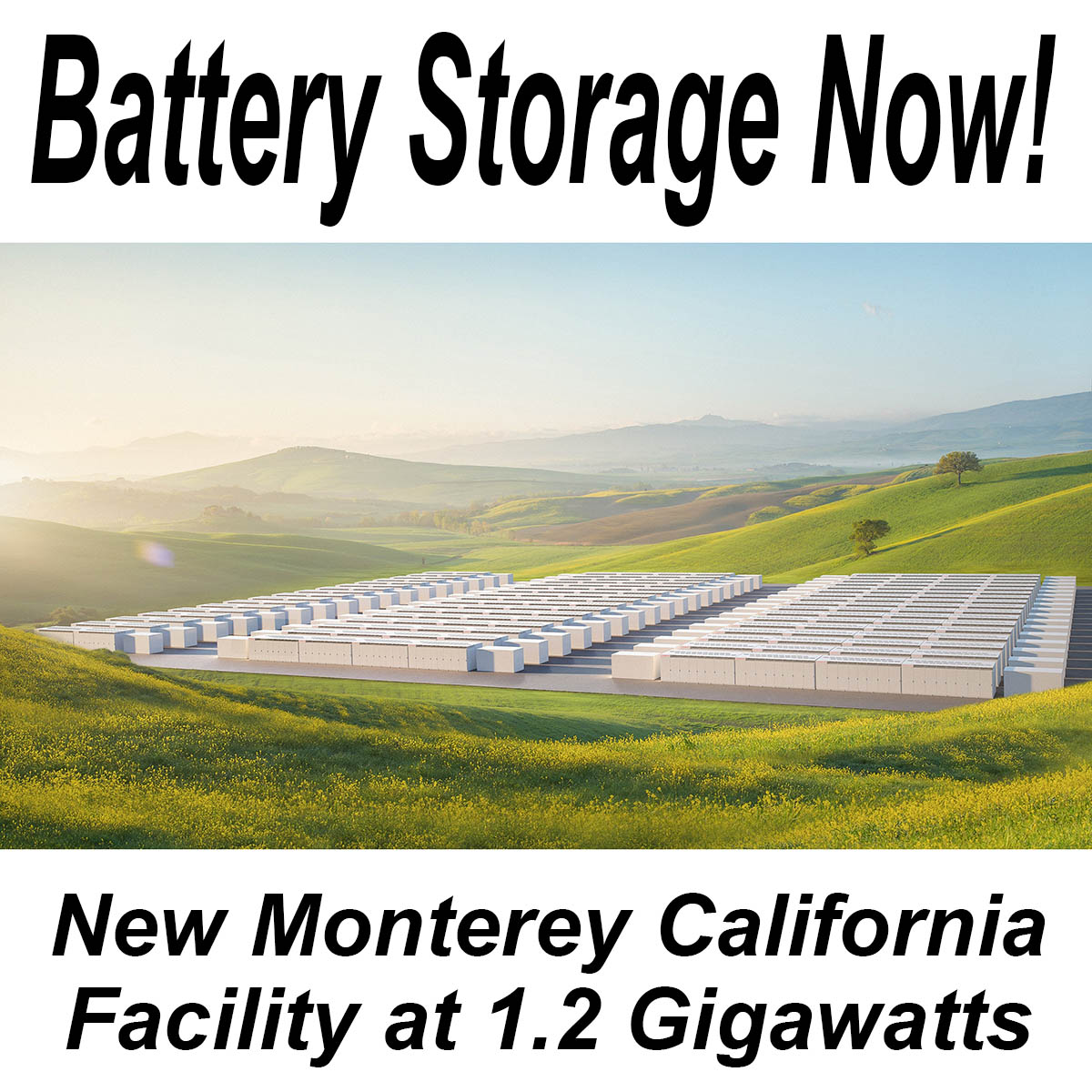 Monterey County California has given the go ahead to build a 1.2 Gigawatt battery facility that will act as a demand peaker, supplying power at peak times when a natural gas turbine would normally have been utilized. This facility is ten times bigger than the previous largest battery facility in the world – the Hornsdale 129 Megawatt plant in Australia, that was three times bigger than anything before, and paid off one-third of its construction costs in its first year of operation. (here and here)

Batteries have traditionally been used to stabilize grid frequency after we began installing wind and solar energy. The reason is that the electricity coming from wind and solar is different from traditional steam or turbine generators. Batteries help smooth out the differences. But the quantity of batteries to do this is relatively small.

The new gigabattery facilities are large enough that they can also purchase and store cheap, off-peak power and then release it during high cost periods to make money. And as the Hornsdale facility shows, paying of a third of the construction cost in a year is phenomenal.

Here’s something cool – the Hornsdale facility is getting smarter. Initially the battery charged itself late at night for discharge the next evening when solar power waned and demand peaked. Now, charging primarily remains at night, but an early morning discharge period has been added before solar ramps up, and a mid-afternoon charging period has been added to take advantage of excess solar generation.

Ground breaking should happen in March, with completion this year.