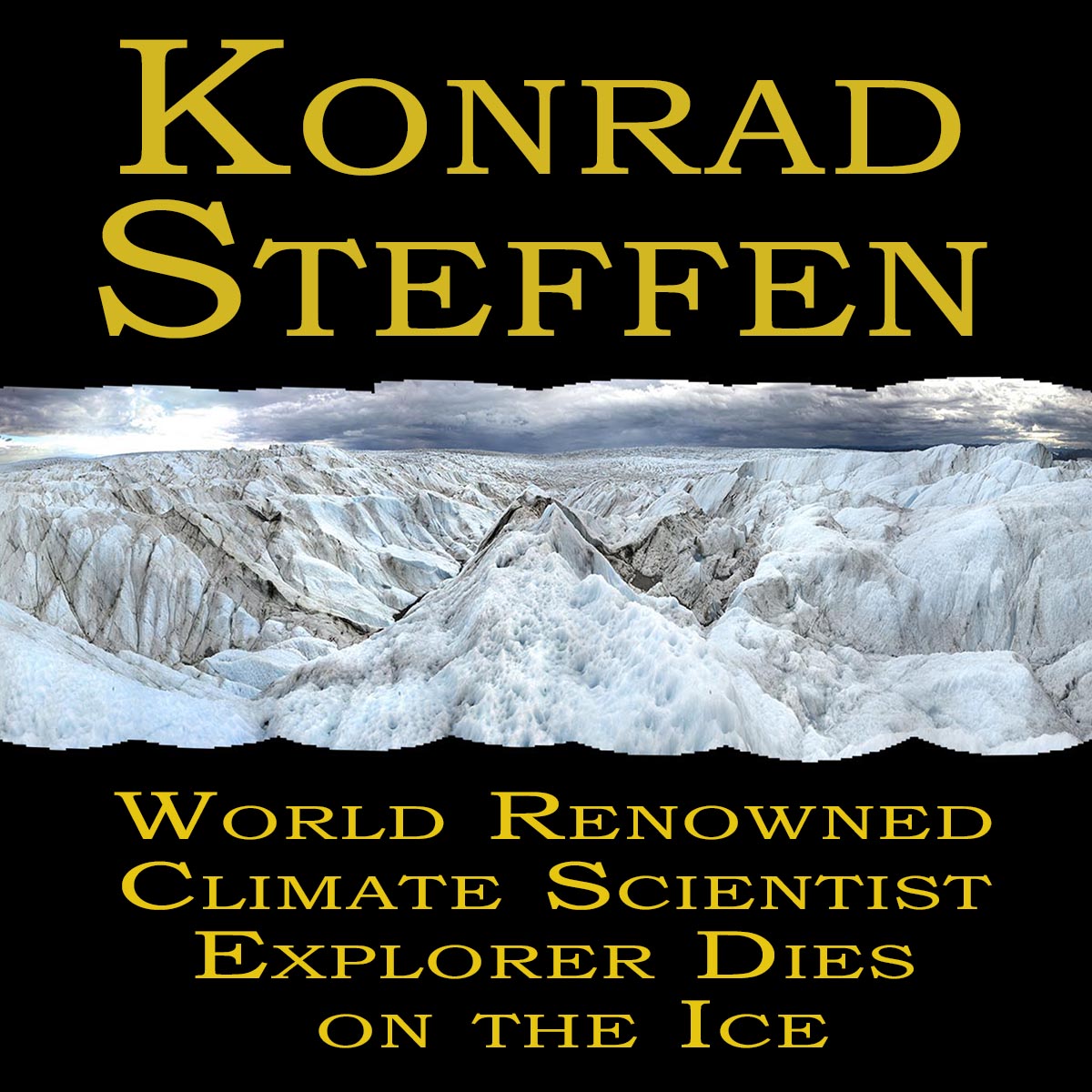 I met him in Ilulissat, the largest settlement in Greenland, population 3,000. Ilulissat is what many of the scientists on the Greenland Ice Sheet call a safe base for their research. He was presenting to a community gathering on his work at Swiss Camp, the longest continually operating research facility on the ice sheet that Steffen founded in 1990. It was 2007, the third year of what the ice scientists had labelled, “The Big Melt.”

At the settlement meeting there was an Inuit and English translator as Konrad “Koni” spoke in Danish, the national language of Greenland. There were about 100 in attendance in the tiny but modern gymnasium at the Ilulissat school. It was the first such town meeting on climate change impacts to the ice sheet. The locals wanted to know when their sea ice would come back. It had never been away for so long. 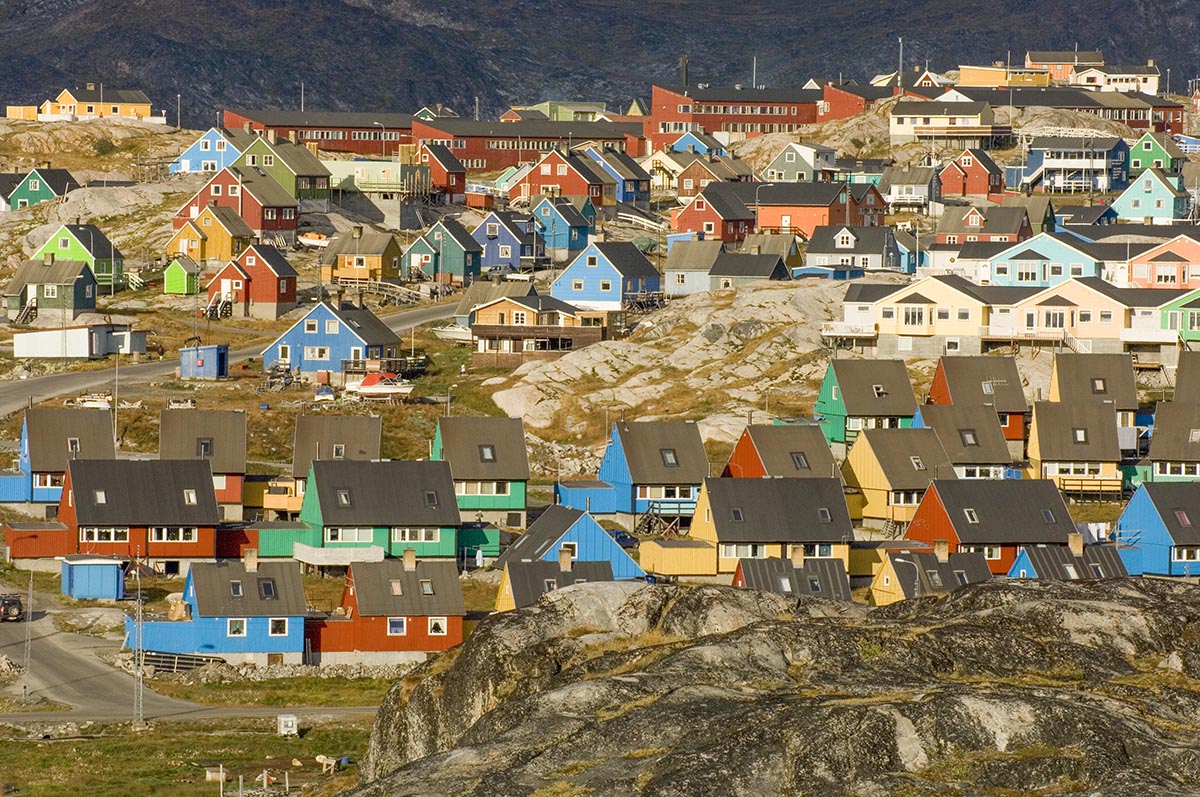 Ilulissat settlement, west coast of Greenland above the Arctic Circle.

The sea ice on Disko Bay was no longer safe to hunt upon. Thier 5,000 dogs were useless for one of their main subsistence tasks. The fish that they and their dogs depended upon for food had disappeared and the icefjord was more violent than anyone could remember.

Ilulissat is on the west coast of Greenland about 150 miles north of the Arctic Circle. It sits at the mouth of the world heritage site Ilulissat Kangerlua, the Ilulissat Icefjord, that is fed by the fastest and most prolific ice stream or glacier in the world, Sermeq Kujalleq (Jakobshavn Isbræ or glacier,) a 3,000 foot deep fjord. The ice stream drains 6.5 percent of the Greenland Ice Sheet with thirty-five gigatons of icebergs, bergy bits and brash discharged every year at a rate of over 10 miles per year. 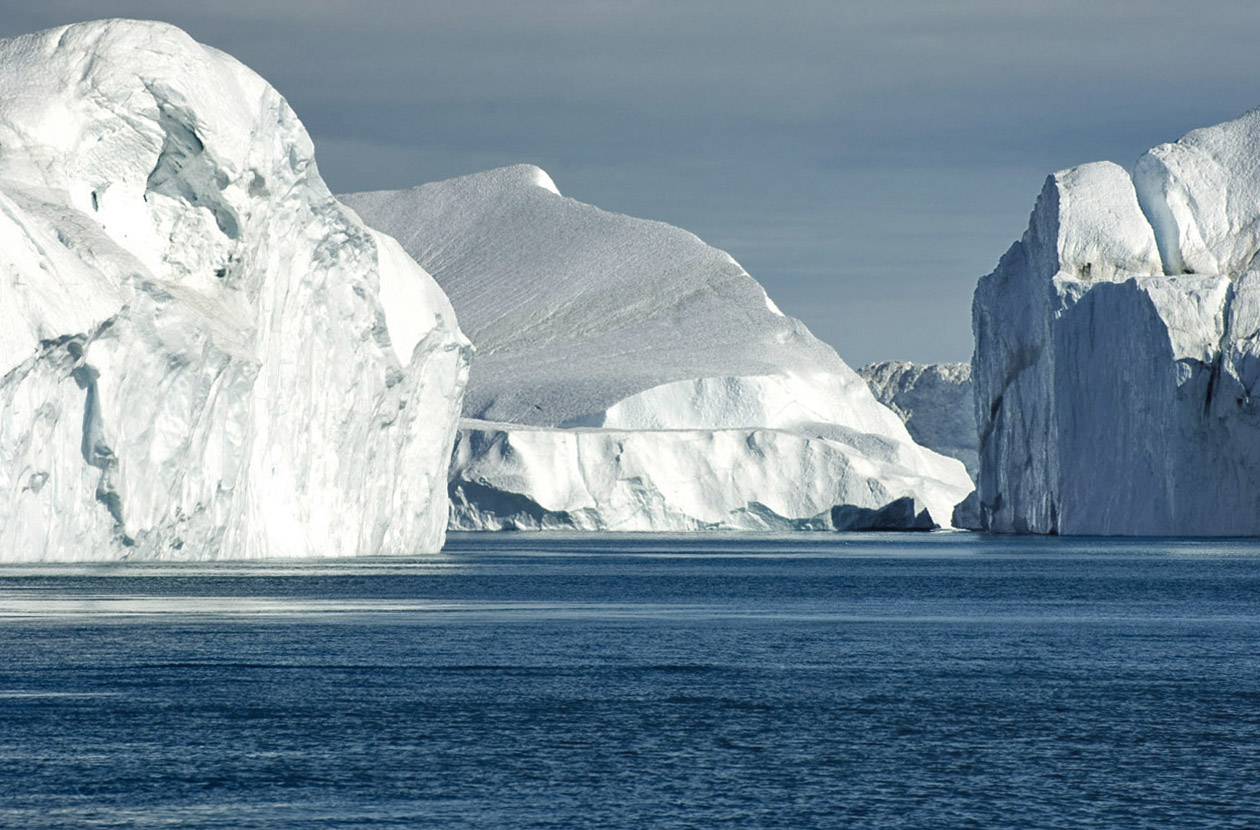 Icebergs crowd the mouth of the Ilulissat Icefjord. 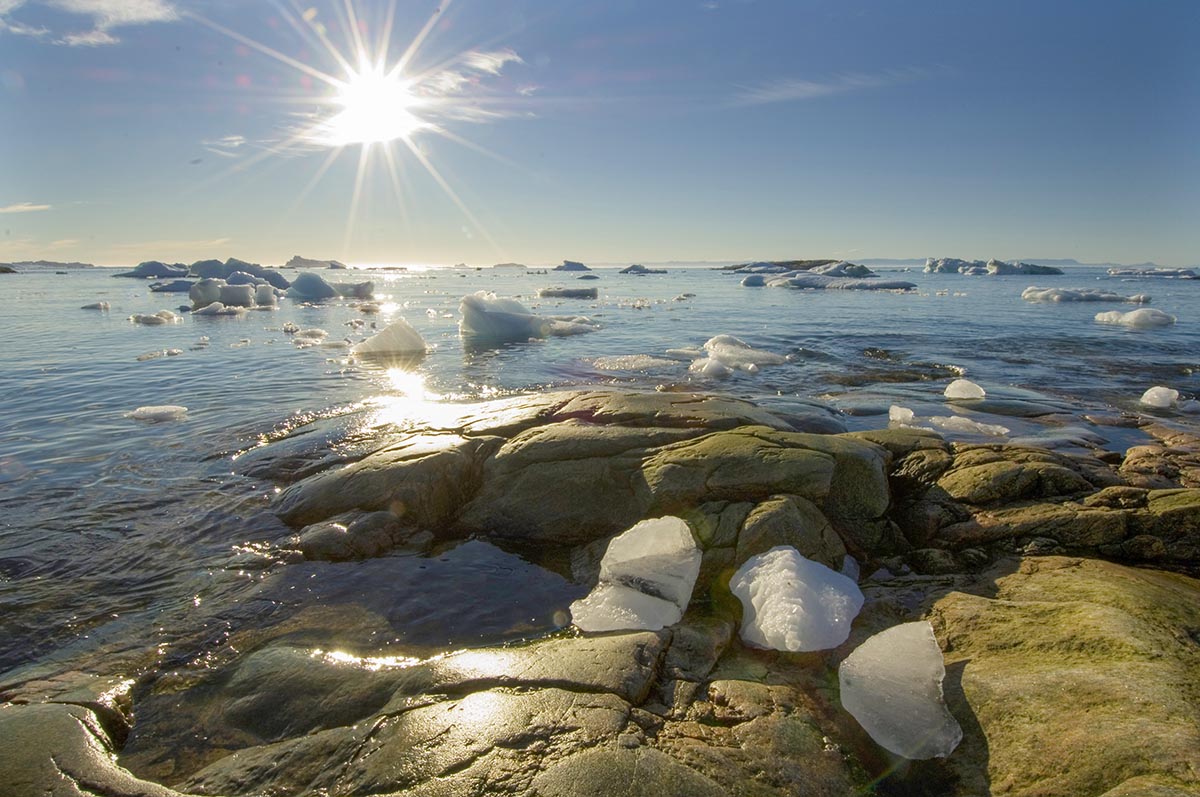 A local told us through the interpreter that, North of Ilulissat about 100 miles in the settlement of Uumanaq, the sun was rising three weeks early in the spring after the long dark winter. The million year-old ice, which rises two miles high at the apex of its broad sheet more than a hundred miles inland, had melted so much at its edge atop the mountains on the western edge of Greenland, the sun emerged from its winter absence three weeks early.

I stayed at the meeting until late at night talking with “Koni,” and the locals and other researchers that remained after the meeting. He was staying at the same hotel as I, the Hotel Arctic–not the only hotel in Ilulissat, but almost. I had several chats with him at meal times in the hotel restaurant overlooking the iceberg-choked Disko Bay, or while he was waiting for his “call” to catch a helicopter ride to Swiss Camp in the changing and dangerous weather at the edge of the ice sheet. 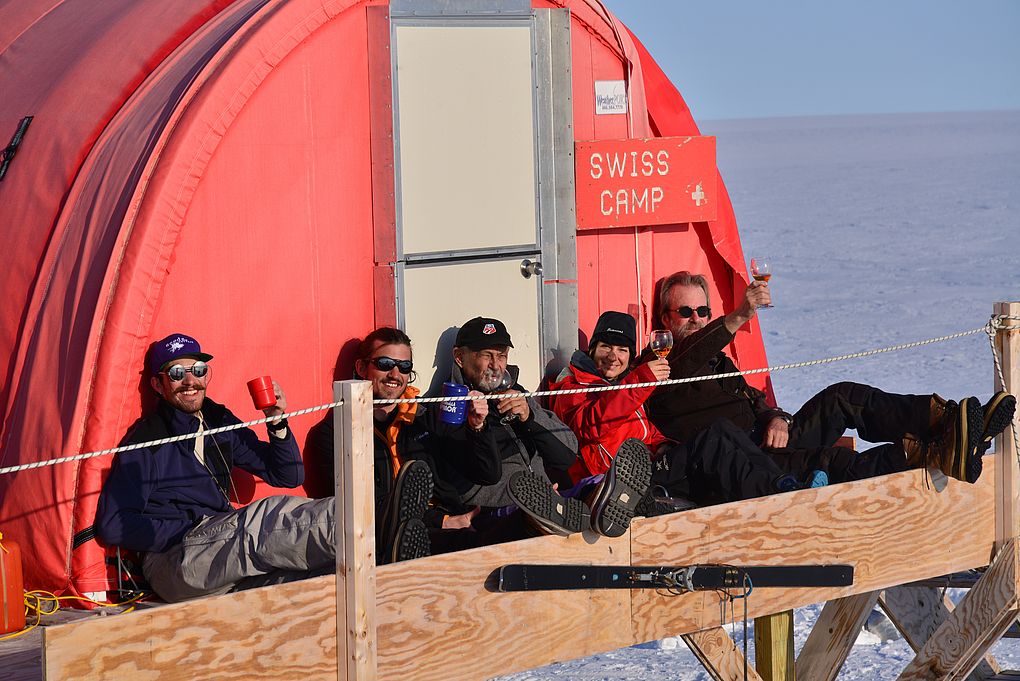 The ice sheet is a dangerous place, one of the most dangerous on Earth. The crevasse that took Konrad Steffen’s life was almost certainly snow covered, very likely a new one unknown to the researchers. Crevasses change from year to year, and sometimes over days and can easily be hundreds of feet deep and from a few to fifty or more feet at the top of the ice. The ice flows from the inland heights to the sea all around Greenland averaging a bit under two feet per day. As it flows over buried hills and mountains it bends. When it bends up, crevasses open. When it bends down, they close again. In winter which lasts most of the year, snow blows across the tops of the crevasses creating snow bridges that completely cover almost all crevasses. It’s only in the end of summer that enough snow melts to see the cravesses, and then some remain buried and undetectable, their location beneath their fragile snow bridged roofs known only to the gods.

The work that Koni led in Greenland for three decades was so important, and his presence in Ilulissat so persistent, and his persona so likeable, the locals had affectionately given him the unofficial title of King of Ilulissat.

I have met many adventure scientist like Konrad Steffen and my hat is off to him and all that have gone before him in the pursuit of knowledge. He, like the rest, was full of life, and ready to give that life for humanity. RIP Konrad Steffen.

Konrad Steffen Bio: (from the WSL Website) – https://www.wsl.ch/en/employees/steffen.html
Director, Swiss Federal Institute for Forest, Snow and Landscape Research, WSL
Professor, Inst. Atmosphere & Climate, ETH-Zürich
Professor, Architecture, Civil and Environmental Engineering, EPF-Lausanne
My general interest is the study of processes related to climate and cryosphere interaction in polar and alpine regions based on in-situ and satellite measurements, and using climate system modeling to study their sensitivity. In particular I study and evaluate sea level changes and sensitivity studies of large ice sheets using in situ and modeling results. The Earth’s poles are fundamental to the planet’s climate balance, and learning more about how they work through research is crucial. Every May, I travel to Western Greenland to the Swiss Camp, where our team has been collecting data on snow cover, ice and the atmosphere with various instruments since 1990.