First Climate Report from EPA in Four Years: No Thanks to Denier in Chief trump 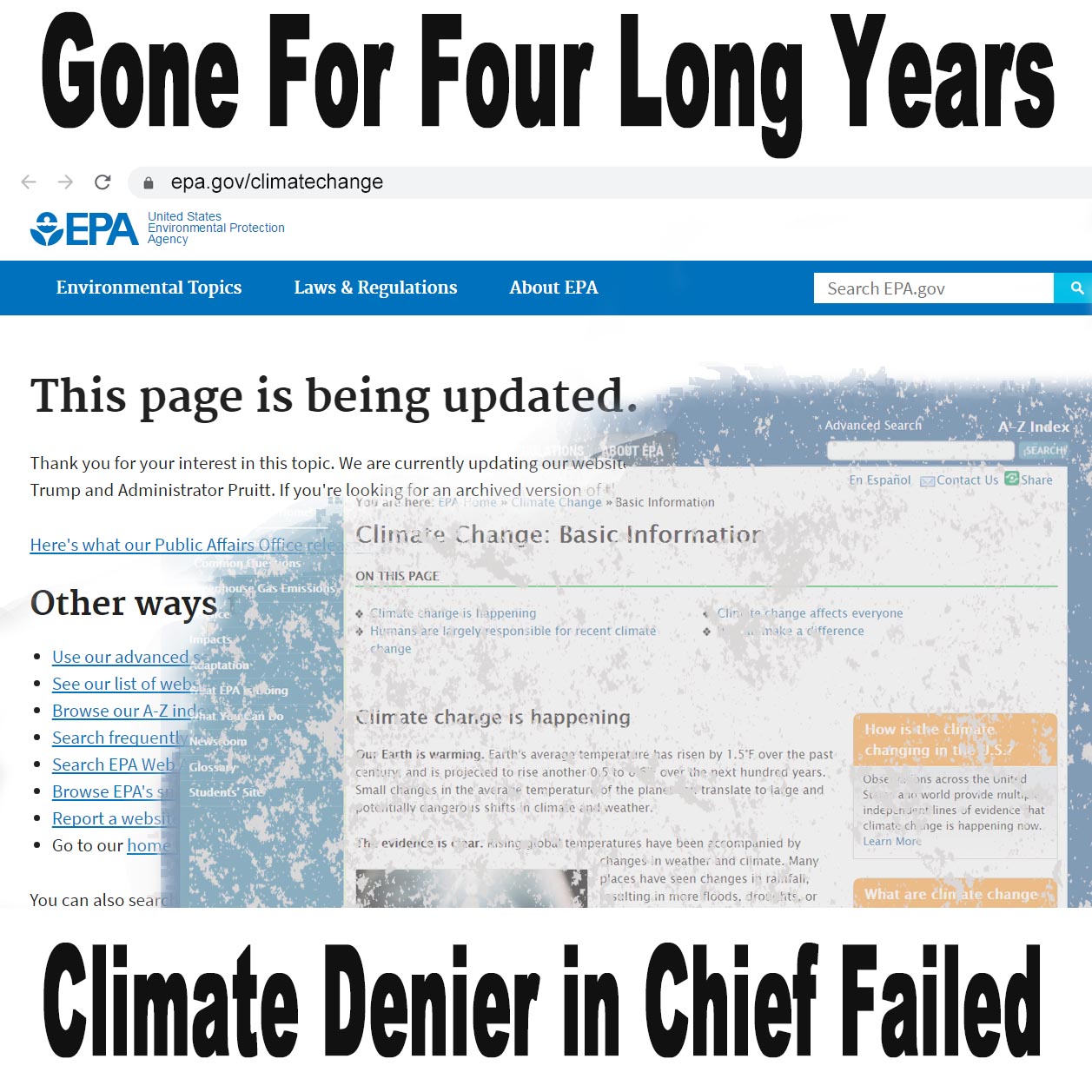 First Climate Report from EPA in Four Years: No Thanks to Denier in Chief

For the first time since the Climate Change Denier in Chief was “elected” in 2016, when he shut down climate science at the US Federal Government, the Environmental Protection Agency has updated their climate change indicator data website. The last four years seems like such an incredibly unbelievable nightmare – so unbelievable that it is hard to believe it really happened.

Some of the highlights of the new data are listed below, and yes unfortunately things are still getting worse faster.

Hurricanes: Though the number of hurricanes may or may not have increased in the North Atlantic since 1900 dependent on who is adjusting the numbers for the early part of the century, the energy in hurricanes has definitely increased substantially since 1990.