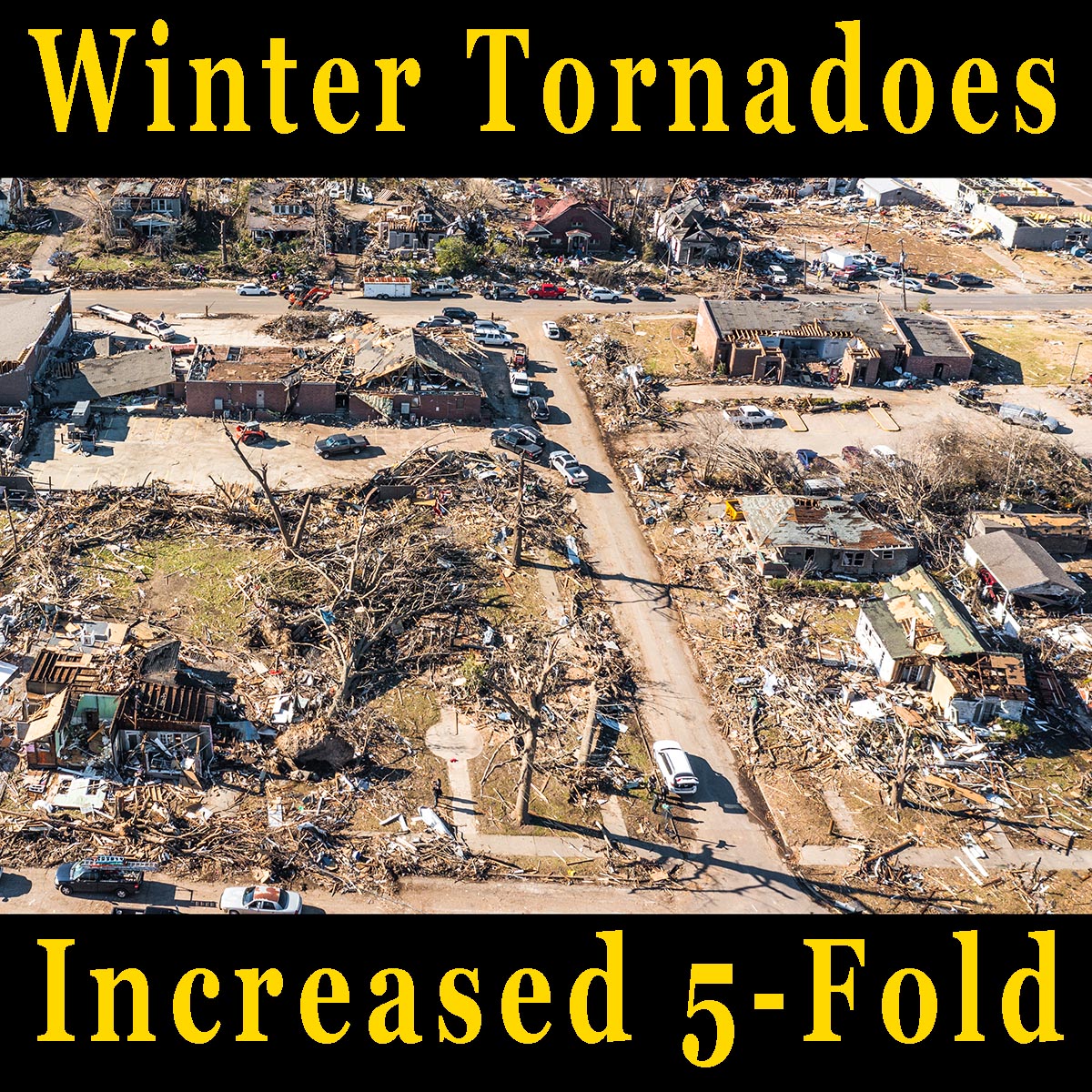 Winter tornadoes have increase 500 percent since 1953 with most of the increase likely being recent. This study looked at 4293 tornadoes reported between 1953 and 2015. Not only did it find tornadoes were rapidly increasing, but the normal tornado alley area where they usually occur has shifted to the south and east and now covers Arkansas, Louisiana, Mississippi, Alabama, and Tennessee. Year-wide, tornado occurrences have doubled since the 1950s.

The cause is fairly obviously warming, and the eastward shift also points at warming, but the reality of course is that because of statistics, and science can’t be certain without statistics, it will be a long time before we are certain it is warming.

This dangerous statement is heard far too often. Of course it is because of warming and if we repeat that scientists don’t know yet we are behaving dangerously and irresponsibly. The science has said for 30 years that extremes will increase when it warms; it has warmed and the extremes have increased. If we repeat the statistical doubt anthem, we irresponsibly risk existential scenarios for humanity by looking backwards and not forwards.

Another cause mechanisms that one of the principals is quoted on Weather Underground as saying, “I’d like to have a few thousand years’ worth of data to address those questions.’ — about certainty, is that increased moisture flowing north from the Gulf of Mexico, because the Gulf is now much warmer than before, is another cause of the increase.

Relative to this recent record outbreak centered on Kentucky, La Nina years usually increase winter tornadoes. The research here by Childs et al., is long term and not reflective of La Nina’s current pattern. The numbers in the study also do not include this year as the period of study is 1953 to 2015.

The December 2021 Kentucky tornado outbreak broke the Kentucky record for highest mortality from a tornado.