When Normals Are Not Normal: The National Weather Service Is Unwittingly Obscuring the Reality of Global Warming 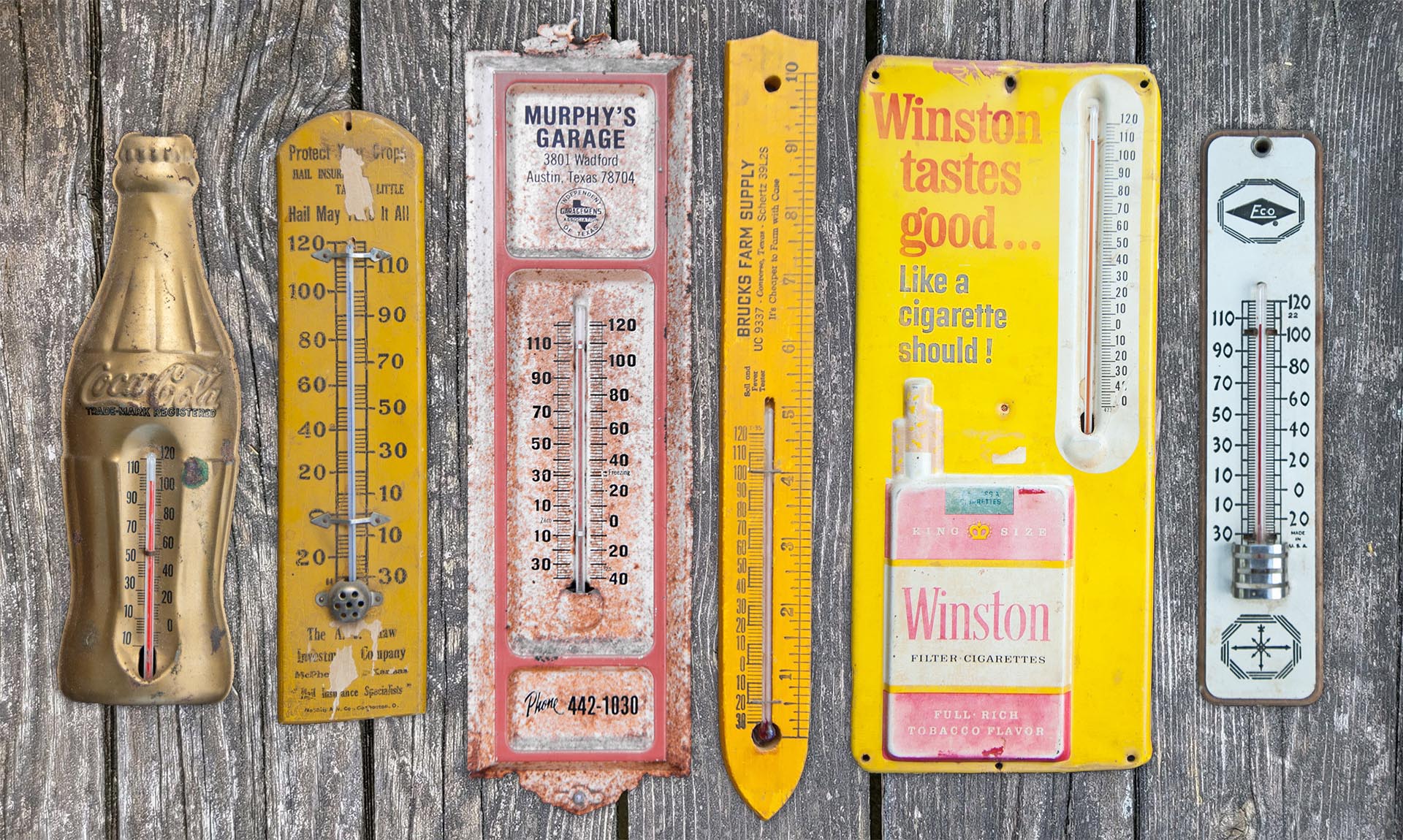 When Normals Are Not Normal

The National Weather Service Is Unwittingly Obscuring the Reality of Global Warming
by Bruce Melton PE
See the abridged version on Truthout.org, July 17, 2022
In-depth references are below the article.

Summary: The National Weather Service has a periodic procedure where they recalculate the “normal” climate data presented to the public via our professional weather and media personnel every 10 years. This practice hides or masks warming because it continuously warms the so called “normal” temperatures presented on the news every night, and in the process degrades or eliminates climate change awareness.

A friend from college didn’t remember it being this warm back in the day. We lived in a dorm at Texas A&M University. It was built in 1928 and had many windows and no air conditioning. Septembers back then were hot, but it cooled off at night and that wonderful old building held the coolness well, but it was not hot like it is today.

Today’s 1.2 degrees C (2.2 F) average global warming is now as warm as any time in the last 10,000 years. It is three times warmer than the last 2,000 years, the period when the earth systems our advanced civilization depends upon evolved. (1)  This relatively small amount of warming may not seem like much but only 5 degrees C (9 F) separates the deepest of ice age cold from the climate we just warmed beyond. (2)

Some of the latest science tells us half of known climate tipping systems have activated their collapses since about 2009. Earth’s temperature has risen above the evolutionary boundaries of these systems and their collapse thresholds have been crossed. (3)

The Amazon, permafrost and Canadian forests are three Earth systems now in tipping collapse. They have flipped from carbon sequestration to emissions with greenhouse gas emissions of plausibly seven gigatons per year. This is as much as all global emissions from transportation.(4)

These collapses were activated with warming of 0.5 to 0.75 C (0.9 to 1.3 F) above normal from the late 19th century where the last 2,000 years our world’s average temperature was no warmer than 0.4 C (0.75 F) above the late 19th century. (5) But the averages themselves are misleading. For example, warming over land is twice what it is over the oceans. (6) High temperatures are another example.

In Austin, the average high temperatures in Septembers from 2017 to 2020 were 5.3 F warmer than between 1966 and 1969. (7) In other words, the normal high in early September, that was 93 degrees in our old climate, is 98 degrees today. One would think this kind of warming would have the headlines, but this is not the case and there is a good reason. The National Weather Service (NWS) has a long standing and little known statistical weather data procedure that, while being a good idea for generations, now promotes the denial of global warming.

The “normal” temperatures the National Weather Service reports are averages of the last 30 years. This is the data broadcast on the weather report on the news every night. These so-called “normal” temperatures are not at all the temperatures from our old climate. They are not from a time before our climate began to unnaturally warm. What we hear as “normal” from our faithful weather professionals is actually significantly warmed for most of us, has nothing to do with what most of us think of as “normal” and has nothing to do with our old climate where our advanced civilization evolved.

The statistical procedure to change the normal temperature data is known in professional circles as the 30-year normals or the climatological normals, but among the public this weather data is known as our “normal” weather. (9)  The reason for this data manipulation began in the 1930s with agriculture and spread into other industries as the need for historic climate data increased. (10)

The idea here was to supply agricultural and industrial communities with the latest and most accurate weather data related to temperatures, heat waves, first and last freezes, hours below freezing, peak temperature per day, week, month and year, all sorts of precipitation records, etc. The justification of the National Weather Service for this deliberate manipulation of weather data is, “a better understanding of what is happening today. Rather than assess long-term climate trends, Normals (sic) reflect the impacts of the changing climate on our day-to-day weather experience.” (11)

This strategy of changing the “normal” data for scientific accuracy worked well when our climate was stationary or not changing radically, and when a hugely significant portion of our population needed to know so they could successfully grow food for us all. But today is definitively not like the past. What NWS is doing by warming the so called “normal” temperatures hides global warming in the minds of the public. “Normal climate” today is not the average of the last 30 years, it is what our climate was before it began to radically warm.

The 2,000 years prior to the preindustrial period of 1850 to 1900 is quite meaningful. During this 2000 years, Earth’s temperature was very stable at no warmer than 0.4 C (0.7 F) above the 1850 to 1900 average for almost the entire 2000 years. (13) This makes our 1.2 degrees C above normal current warming three times warmer than the maximum of the last 2000 years. This 0.4 degrees C maximum temperature range represents the upper boundary of the climate where our current Earth systems evolved. It’s also known as the natural variation of our climate. It represents the evolutionary boundary of our Earth’s systems.

We have warmed Earth above the evolutionary boundaries of its systems and they are in collapse so they can re-evolve with species and mechanisms that are tolerant of the new climate. This collapse, or excursion beyond the normal, is evident in the nonlinear increase of climate and weather extremes we have all endured recently.

Collapse of these systems is directly related to climate tipping where Earth systems collapses results in loss and even reversal of environmental services. One of the most important and easily degraded environmental services is carbon sequestration, or the ability of our Earth systems to absorb carbon dioxide. This sequestration is reversed with these tipping collapses as we are now seeing in the Amazon, Canadian Forests, and permafrost and their plausible emissions of seven gigatons of greenhouse gases per year. Very importantly, these are just the first systems collapses to be studied. Similar systems across the globe are likely in collapse too, and the collapses have just begun.

Think about what this means to the reporting of heat waves. As the NWS warms the “normal” temperatures, the heat wave diminishes in relative extremeness to us poor sweltering humans, and we don’t even realize that the NWS has created a stifling understatement through their long-held data reporting standards.

There is a valid and urgent need to use a much shorter averaging period. Warming is not going to self-restore, it is only going to continue warming nonlinearly, like it has been doing for the last hundred years.

Our historical normal temperatures (not the NWS “normals”) are from the time when our advanced civilization evolved; they come from the climate that created humankind. This climate definitively does not include the temperature “normals” of the last 30 years presented by the National Weather Service to broadcast to the entire American population. Our true normal temperatures are what the temperatures were back in the late-19th century before our greenhouse gas emissions from fossil fuels and land use changes began to substantially warm Earth.

When historic weather statistics are removed from daily weather communications and replaced with statistics that are warmer and warmer every ten years, the results are that the public’s awareness of global warming is damaged, degraded, or simply erased.

Even more damaging, the same weather persons that tell us the current much-warmed temperatures are normal, also tells us that, yes our climate is warming.

How many citizens understand this is going on; that the “normal temperatures” delivered on the weather report every night are not normal? Loss of climate change awareness feeds the narrative that climate change is either not real or is not meaningful.

Today, our population is no longer agrarian-based; nowhere close. In 1900, forty percent of Americans lived on farms and today one-percent live on farms. (20) The industrialists that need this information are an exceedingly small proportion of our population. Those that need this kind of up-to-date weather data can easily get it from NWS or others, but the rest of us need to know what “normal climate” really means.

With climate tipping now active and the fires, floods, windstorms, droughts; and permafrost, ice sheet, Gulf Stream, coral and polar vortex collapses, it is now profoundly important this policy of changing the “normals” be eliminated. Literally, the National Weather Service is purposefully warming the normal temperature statistics as our climate warms. They are doing this because it is a habit from the past; a habit whose time has come to end.

Back in the day in Austin we could leave our windows open summer evenings. It was cool in the forest in mid-summer. It was chilly at the beach when the sun set low. It would frost in the wintertime and all the plant people would sleep. The robins and cedar waxwings would migrate south in the fall to spend the winter with us and the live oak leaves would fall in the spring, just like normal, in our old climate. Few of these things happen today. Green plants stay green through the winter at times. Robins don’t spend the cool season with us any longer because it is too warm. Forests are hot. The beach in summer is hot even at night.

It has warmed a lot. It’s not normal. None of it is natural. Most of the warming has been recent. The rate of warming is increasing. With this warming comes nonlinearly increasing extremes and Earth systems tipping collapses. The average global temperature today is now three times warmer than the climate where our Earth systems evolved, these systems are now collapsing, and the collapses do not stabilize unless the temperature is lowered to below the tipping threshold.

When there is no threat of irreversible and societally decimating scenarios from an artificially warmed climate, sure, recalculate the normals. But when awareness of global warming is more critical than ever before, this practice of recalculating the normals is existentially dangerous.