Methane Releases from Arctic Ocean Higher than Ever Recorded 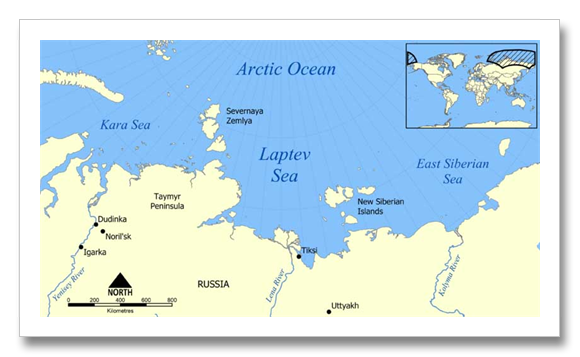 It’s the Laptev Sea again. This is the part of the Arctic Ocean that is just north of Siberia (see here). The springtime air temperature across the region in the period 2000-2007 was an average of 4C higher than during 1970-1999, likely the highest temperature rise on the planet. The estimate of carbon locked up under the Laptev and northern coast of Russia is up from last year to 1,600 gigatons.  The scientists are still not saying exactly how much methane is coming up from the ocean floor, they just can’t tell yet. But what we have seen is that methane, which had stabilized in our atmosphere over about the last decade, is rising again. the stabilization was attributed to better agriculture practices across the world. (see here)