Only 10% of Arctic Sea ice is is older than two years old. The maximum coverage of sea ice this winter was the fifth lowest ever recorded (The six lowest winter ice coverage totals have all occurred in the last six years.) First year ice, ice that melts every summer, makes up 70% of Arctic sea ice. 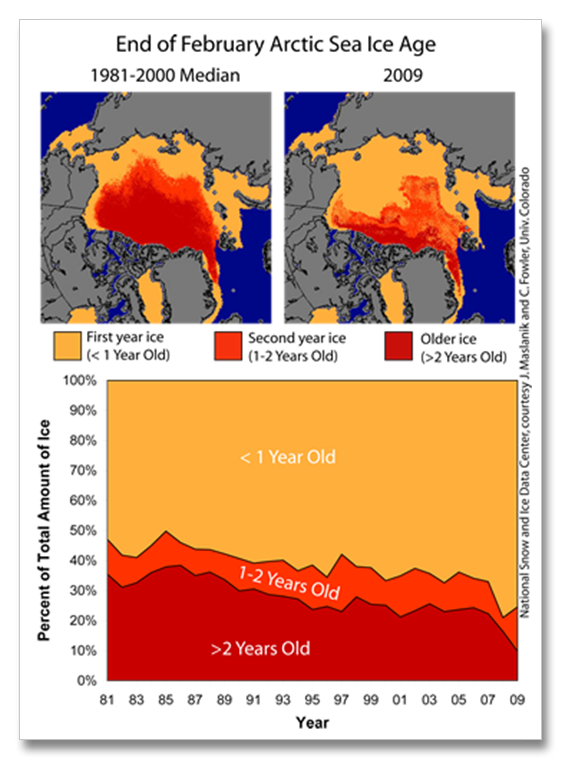 The albedo feedback effect may have taken over the Arctic. Albedo is the term scientists use for the reflectivity of a surface. Ice reflects up to 93% of the suns energy harmlessly back into space. Water absorbs over 90% of the suns energy where it stays on Earth as heat.

Some of the heat absorbed as more ice melts stays in the ocean and causes the winter freeze to create thinner ice. At some point, enough heat is absorbed during the summer so that no ice forms in winter – the water is just too warm. There are no scientists that are yet predicting the loss of winter ice in the arctic, but it has been just recently that science has discovered that summer sea ice in the arctic has been present for over 14 million years.  (see here)

Loss of sea ice in the Arctic – http://www.crrel.usace.army.mil/sid/personnel/perovichweb/DKPpdf/annurev.marine.010908.pdf