Why Swapping Coal for Gas is Really Bad Policy 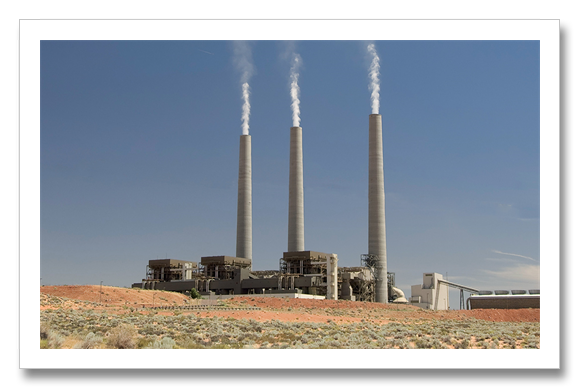 Though natural gas emits less CO2 per unit of energy (about half), the huge amount of global cooling sulfate aerosols emitted from coal has enough global cooling pollutants to give us less overall warming in the short-term climate time frame than comes from natural gas.

Which, counter intuitive to current policy and advocacy, means that we should seriously consider the timing of when we make certain emissions reductions.

On a planet where any warming is unacceptable because of the risk of abrupt change, swapping coal for natural gas is not a good idea. The reason that this interpretation is not present in consensus opinion, is that we can endure what the science calls an “overshoot,” where the temperature continues to rise as we gain control over climate pollution. This is dangerously mired in science protocol.

We know too little about the way abrupt changes–threshold events–occur to have knowledge that is robust enough to include in quantitative scientific evaluation. Expert opinion can go a long way to including abrupt changes in climate policy, but expert opinion plays only a small role in the statistically based world of science.

Long-term CO2 warming is still important, but in the long term we will undoubtedly come to grips with our climate pollution problem. In the meantime, ignoring abrupt climate change could allow us—through pol;icy blunders like swapping coal for natural gas—allow us to inadvertently create more short-term warming and thus trigger abrupt changes that could quite likely be nonrecoverable.

So until policy (and advocacy) move towards the inclusion of expert opinion and interprets consensus opinion appropriately, we are stuck with virtually a complete disregard of abrupt change.

It is abrupt climate change that we should be worried about. These changes happen extremely frequently in the paleo record and are 10 to 100 times more extreme than what current statistical based science findings project by 2100.

Until we get a better handle on modeling of these enormous abrupt changes, we must use expert opinion more in determining what policy is appropriate for limiting warming.

With This Decade’s Climate Policy, Expect More Warming Than If Nothing Was Done At All