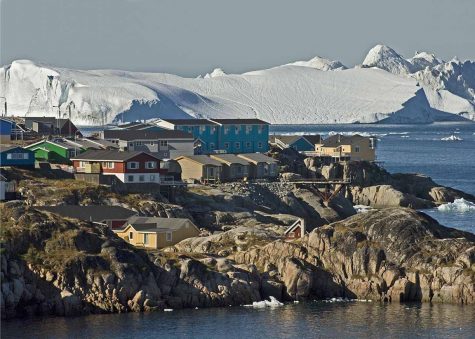 Massive icebergs jam the mouth of the World Heritage Site Ilulissat Icefjord, just south of the Greenland settlement of Ilulissat, 200 miles north of the Arctic Circle. The 2013 Intergovernmental Panel on Climate Change report says Greenland iceberg discharge has increased over 600 percent since 2000. It is very likely that the fresh water from these icebergs and melt from the ice sheet is slowing the Gulf Stream.

The Gulf Stream plays an immensely important role in moderating the climate of eastern North America and Europe. Moreover, Greenland melt impacts ocean current processes in the North Atlantic. For years, contradictory research has alternately said the Gulf Stream was slowing and that it was not slowing. The latest research looks at the Gulf Stream in a different way and has found that Greenland melt has been influencing the Gulf Stream for more than a century and that the evidence has been staring us in the face for a generation or more.