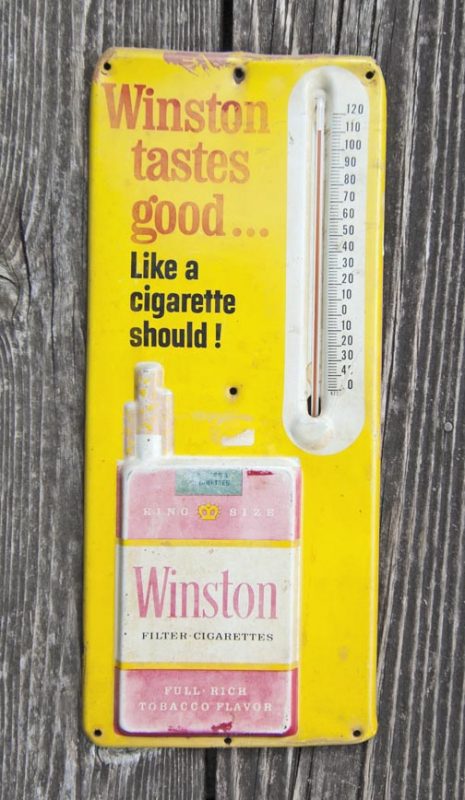 The Thermometer Series: The fourth of six articles on the next steps in climate reform and why we need to advance current climate change strategy.

Two degrees C was first suggested as an upper limit to where we should allow our climate to warm by Nordhaus (Yale) in the American Economic Review in 1977 with the justification that this amount of change would exceed the temperature envelope where our mature civilization has developed. Nordhaus cites Sellers 1974 and NCAR 1974 estimates that approximately 2 degrees C warming would be caused by a doubling of atmospheric CO2 above preindustrial times.

The work that first defined impacts relative to warming targets was a part of the preparation for the first IPCC report in 1990, that began in 1987, and was undertaken by the Stockholm Environmental Institute. The justification was to put real numbers to “dangerous climate change” so that action could be defined. Basically their task was to define, “How do we know when climate change becomes dangerous?” In their efforts to leave nothing to doubt, they developed a couple of concepts that define impacts with a certain warming:

“Beyond 1.0 °C may elicit rapid, unpredictable, and non-linear responses that could lead to extensive ecosystem damage.”

“An absolute temperature limit of 2.0 °C can be viewed as an upper limit beyond which the risks of grave damage to ecosystems, and of non-linear responses, are expected to increase rapidly.”

The wording for greater than 1 degree C warming, “rapid, unpredictable, and non-linear responses,” definitively defines abrupt climate change. Abrupt climate change however, has never been a part of IPCC report projections to any degree beyond caveats that findings in the IPCC reports may be more extreme due to rapid, unpredictable, and non-linear responses.

Why then, was 2 degrees C chosen as the appropriate limit if 1 degree was the gateway to abrupt change? Warming more than 2 degrees C would have “grave” impacts, meaning that between 1 and 2 degrees C of warming would approach the “grave” threshold. Is there a point where impacts change from “not grave” to “grave?” Did scientists truly suggest that we endure impacts that were on the verge of “grave?”

Absolutely not. The target to supposedly keep warming below the dangerous level was chosen by economists and politicians. It began with the adoption of the 2 degrees C limit by the European Council of Environmental Ministers in 1996. It was based on two things: The first was risks of abrupt change beyond 2 degrees C as described by The Stockholm Institute in 1990, and the second was economic evaluations of the costs of non-abrupt climate change vs. the cost of emissions reductions where break-even occurred at 2 degrees C–because of the onset of abrupt changes.

The European Council of Environmental Ministers (and others later) decided that our society could endure an approach to “grave” impacts.

Jaeger and Jaeger 2010, with their in-depth discussion of the history of “2 degrees C,” conclude: “The 2 degree limit has emerged nearly by chance, and it has evolved in a somewhat contradictory fashion: policy makers have treated it as a scientific result, scientists as a political issue. It has been presented as a threshold separating a domain of safety from one of catastrophe, and as an optimal strategy balancing costs and benefits.”

What the Healthy Climate Project is attempting to do is to realign our collective thought processes back to the Stockholm Institute Report from 30 years ago. The targets and strategies that have been politically and economically chosen for us were not chosen by scientists and are now proving significantly inadequate, even before we have reach 1 degree C of warming in 2015 from a spike due to the super El Nino.

Following the decision of politicians and economists, generation of concerted effort has produced a culture of climate reform that is very difficult to modify, as are any cultural beliefs. The foundations of this “culture” are poorly known or completely unknown. This culture only considers emissions reductions strategies of one form or another, and limiting warming to a level that we have always assumed was decided by climate scientists.

This limit, of even 1 degree C, as the Stockholm Institute put it their work that began 30 years ago, “may elicit rapid, unpredictable, and non-linear responses that could lead to extensive ecosystem damage.” Today we know that even aggressive emissions reductions lead to warming by 2050 of up to 2.4 degrees C, triple the warming and the rapid, unpredictable, and non-linear responses we have already endured up to 2014.

As a single example the rapid, unpredictable, and non-linear responses we have already endured: the death of 60 to 95 percent of the trees in forests across 89 million acres of Western North America between the late 1990s and today, with the attacks of native insects and disease allowed to over populate in a significant way because of an extended warm season and apparent drought brought on by a longer growing season. In the Western U.S., the attack of just one of the various insects involved has killed 60 to 95 percent of 20 percent of the total of Western North American Forests. This one example reveals that less than 1 degrees C has already caused “rapid, unpredictable, and non-linear responses that could [already have] lead to extensive ecosystem damage.” When this attack began, warming was only 0.45 degrees C.