Ice Waves — The most fantastic climate science of last week (that crossed my desk): 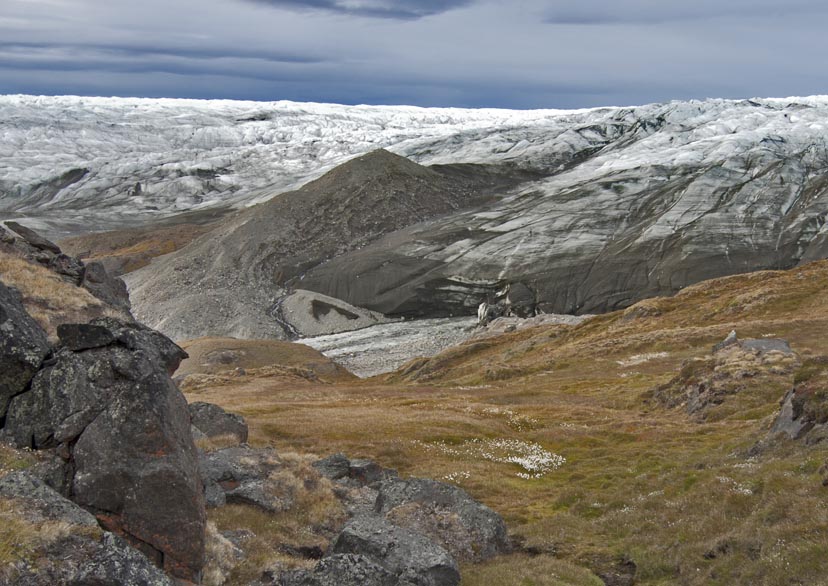 An underice river of melt emerges from the Greenland Ice Cap at a place called Point 660 near Kangerlussuaq, on the west coast near the Arctic Circle.

The ice loss peaked after summer the heat waves in the fall at 1.67 Gigatons (Gt) per month and extended into deep winter. In 2012, t he total excess loss, above the normal loss for the Rinks, was 6.7 Gt where the Rinks normally loses 1 to 2 Gt per year. Evidence of the increased flow from 2012 extended through the winter and into the summer of 2013.

These waves of ice were caused by increased meltwater penetrating the ice sheet to bedrock through crevasses and moulins (ice sheet drains) that can extend thousands of feet deep into the two-mile high ice sheet. Where the drainage meets bedrock, parts of the ice sheet literally float (water is heavier than ice,) decreasing friction and increasing flow.

The way these melt waves were discovered is through gravitational changes measured by the GRACE satellites.

This ice wave work was done by researchers at the Jet Propulsion Laboratory, California Institute of Technology.