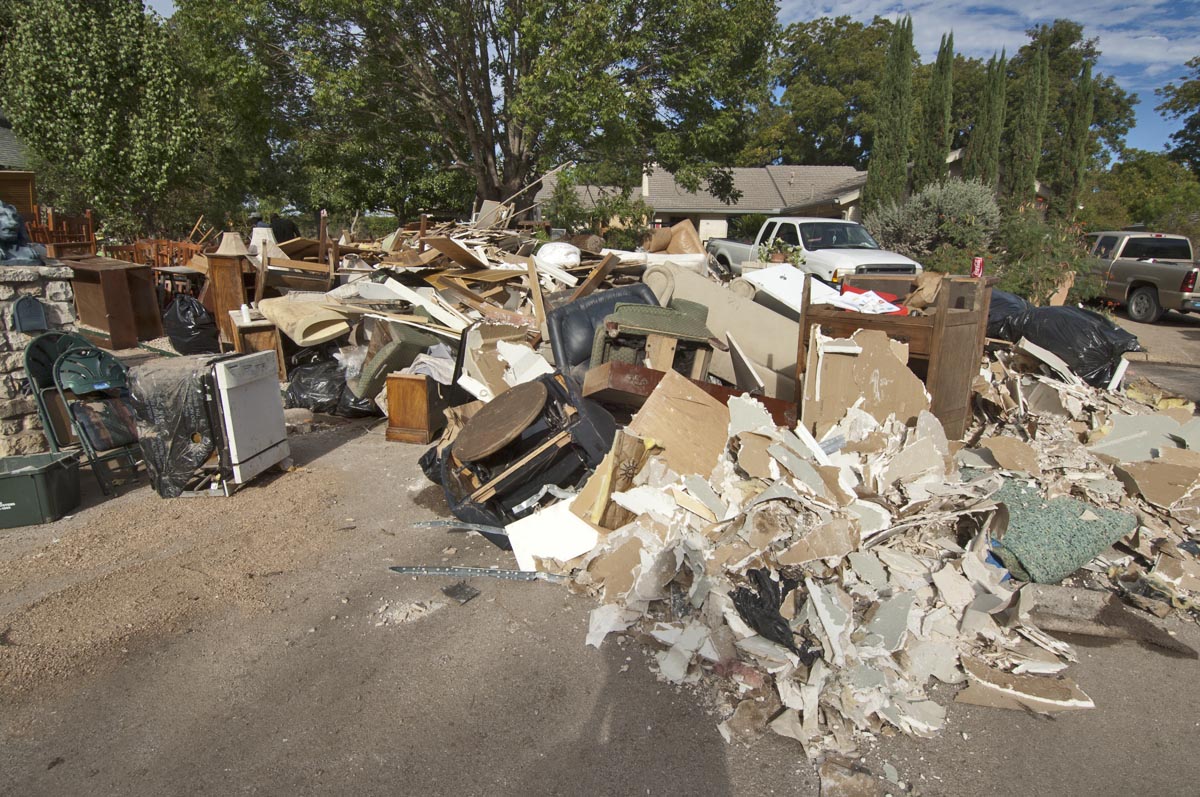 As flood frequency increases, when will the time come where recovery is no longer worth the effort?

Climate catastrophism, or as it will be called soon, reality, is getting tougher to pin down with every new climate catastrophe. A real page turner on the subject is Lynas, Six Degrees: Our Future on a Hotter Planet. It’s from 2007 and hyperbolic for the day, but appearing less so as extremeness increases faster than projected and reports of abrupt change initiation continue. And very thought provoking catastrophism, with observations on events already occurring, can be found from what would appear to be an unlikely source — National Security Implications of Climate-related Risks and a Changing Climate, Department of Defense, 2015.

In general climate science though, the science upon which policy is based, future projections are based on averages, not extremes. So why then, when catastrophic extremes are by far responsible for the trouble that we have been seeing, why are extremes not a part of the climate science or policy? Averages are not very insightful in determining meaningful impacts. This is a really backwards way of doing things and does what is turning out to be a grave disservice to society. But it’s the way science works. Still, why can’t science do something about this? These extremes are really getting out of hand.

Harvey’s insured loss estimate from Texas Govenor Abbott is $150 to $180 billion, and from other officials tops $200 billion. In addition, uninsured losses of $150 billion appear feasible. The Feds paid $120 billion for Katrina with the highest disaster losses ever recorded.

So why can’t science do something about this, or at least, why can’t we have policy that foresees these kinds of things? After all, climate scientists have been telling us for over 20 years that extremes would become more extreme with warming and delaying action further would increase extremes nonlinearly.  The reason? It’s because extremes are much harder to model.

Climate projection averages are the climate change targets upon which climate policy is based. What scientists average all of the wildly varying climate models together to get their targets. There is a very high statistical certainty that the averages are correct, and hind casting proves it. Hind casting is where climate models are backed up in time and run forward to see if they can predict the past. And they do–for the average climate.

But this isn’t the way engineers and doctors work. It’s not certain that any individual will get cancer from smoking. It wasn’t certain that the space shuttle Challenger was going to explode on launch, even though Morton Thiokol said “Do Not Launch.” Doctors make professional judgement about science. Engineers make professional judgments about science.  This is perhaps the greatest downfall of climate science of all time–that the science is bound by certainty and cannot use professional judgement like doctors and engineers.

Also caveated out of climate projections are abrupt changes–the most extreme of the extremes. Modeling results of abrupt changes, like ice sheet collapse and shut down of the Gulf Stream, are less certain than the slow and steady glacial climate change over the next 100 years that is represented by climate science consensus reporting like that of the Intergovernmental Panel on climate Change (IPCC).  So abrupt changes too, are not included in the climate projections we have all come to know and love. But it’s extremes that create our world and define evolution; whether it is species evolution or societal.

That climate science cannot find a way to include extremes in their counsel, in a way that can influence policy, does a grave disservice to our society. Engineers and doctors do it every day.

Abrupt changes are almost exclusively caveated out of any climate projections, and societal changes from averages just aren’t all that intense (in the academic as well as popular literature) until we get to 4 C. But we are having these outrageous extremes nonetheless.

Abrupt sea level rise is the one extreme that currently has the greatest meaning in time frames that matter. Methane from undersea permafrost venting is a close second, but the science on West Antarctic collapse is better developed.

There’s one other sea level rise projection that is a part of this topic. NOAA’s January 2017 sea level rise projection of 17 inches by 2030 says that this small rise will cause coastal flooding extremes to increase by 25 times. They say that when this level of coastal flooding is reached, abandonment of resources will be underway. The Union of Concerned Scientists, July 2017 says that this will mean 167 U.S. cities will be impacted with just 17 inches of sea level rise.

This type of “abandonment of resources” relationship can also be indirectly transferred to river flooding. When does resource abandonment  start in Houston, with five, 100-year plus floods in eight years? Three in 2016 alone? How many more floods will it take before resource abandonment begins? How many times can families and businesses rebuild, or more succinct, how many years between that kind of financial, physical and emotional expenditure does it take? Is resource abandonment already underway with FEMA flood insurance ensuring our continued prosperity?