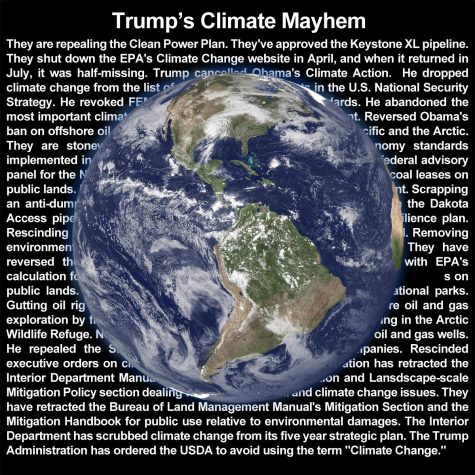 Last month’s list of eleven actions taken by President Trump that threaten the world we live in was just a preview. Trump and his administration have annihilated virtually the entire U.S. climate reform platform. They have already, or are in the process of; repealing, rescinding, revoking, reversing, abandoning, ignoring, canceling, and disbanding every single law, rule, program, policy, and treaty on climate change they can discover. So far, Trump has dismantled 31 major U.S. climate reform efforts. The list is below:

The Deplorable List of Trump’s Climate Change Actions
The following actions have already been implemented by the Trump Administration or are happening now: