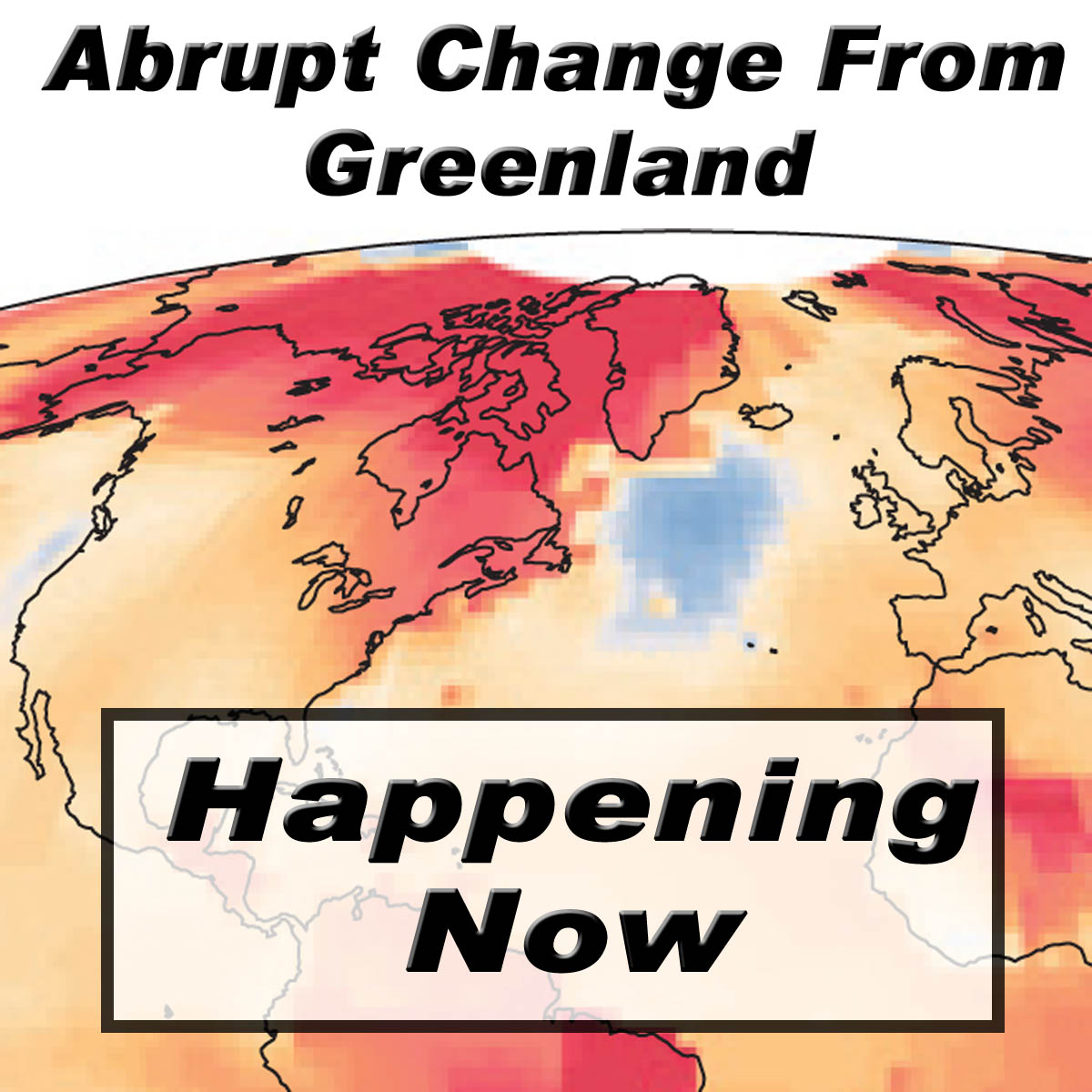 It’s not the averages that will mess up your hair, it’s the gusts. This work on modeling the unmodelable (Drijfhout 2015) is a couple of years old now, but it gives enormous insight into why it is that “ice cube melt climate science” is dangerous and more attention needs to be placed on abrupt changes, climate thresholds and tipping points.

“Ice cube melt?” This is the standard climate change consensus viewpoint of how Earth systems will change in the future. It’s the only viewpoint available generally, because the statistical robustness of abrupt change modeling is very low. This low level of confidence in abrupt changes does not mean they are not real –ample prehistoric evidence shoes they are very real– it shows that modeling of their timing lacks confidence. i.e. We know they are real, but we cannot yet model exactly when they will occur.

This new research analyzes abrupt changes found in the massive modelling efforts evaluated for the 2013 Intergovernmental Panel on Climate Change report and attempts to divine the temperature thresholds at which time they will occur. Very surprisingly, they found a lot of abrupt changes and about half of them trigger with 1.5 C warming.

“Abrupt transitions of regional climate in response to the gradual rise in atmospheric greenhouse gas concentrations are notoriously difficult to foresee. However, such events could be particularly challenging in view of the capacity required for society and ecosystems to adapt to them. We present, to our knowledge, the first systematic screening of the massive climate model ensemble informing the recent Intergovernmental Panel on Climate Change report, and reveal evidence of 37 forced regional abrupt changes in the ocean, sea ice, snow cover, permafrost, and terrestrial biosphere that arise after a certain global temperature increase. Eighteen out of
37 events occur for global warming levels of less than 2°, a threshold sometimes presented as a safe limit. Although most models predict one or more such events, any specific occurrence typically appears in only a few models. We find no compelling evidence for a general relation between the overall number of abrupt shifts and the level of global warming. However, we do note that abrupt changes in ocean circulation occur more often for moderate warming (less than 2°),  whereas over land they occur more often for warming larger than 2°. Using a basic proportion test, however, we find that the number of abrupt shifts identified in Representative Concentration Pathway (RCP) 8.5 scenarios is significantly larger than in other scenarios of lower radiative forcing. This suggests the potential for a gradual trend of destabilization of the climate with respect to such shifts, due to increasing global mean temperature change.”

The cover image for this story  comes from work in 2015 by Rahmstorf et al., (summary and in-depth) that shows how Greenland melt has reduced the flow of the Gulf Stream by plugging it with a pool of buoyant fresh meltwater in the North Atlantic. This new research identifies this phenomenon as an abrupt change in climate models, but the models say it’s not supposed to happen for some time yet. The modeling says the poll of melt becomes evident after 2020, but Rahmstorf shows that it has been evident since the first Intergovernmental Panel on Climate Change (IPCC) report in 1990.

The new summary of modeling shows that substantial slowdown of the Gulf stream does not begin until 2040 to 2060, but Smeed 2014 says that Gulf Stream flow was reduced by 7 percent per year from 2008 to 2012, totaling in excess of 35 percent.

Another very telling instance of far-ahead of schedule abrupt changes is Amazon forest dieback. Drijfhout quotes an important paper on the Amazon by Cox in 2012: “Amazon forest dieback remains one of the iconic potential major changes.” Drijfhout continues: “The most significant terrestrial ecosystem changes we find are indeed for the Amazon forest. The change in vegetation is slower than a decade but still constitutes a major shift to a new regime. In two models, we find the Amazon forest dieback (HadGEM2-ES and IPSL-CM5A-LR) as a consequence of warming or reduced rainfall, impacting photosynthesis (see SI Appendix, Fig. S5 C and D). The complete dieback takes place over more than a few decades. Amazon dieback only occurs in RCP8.5 runs that are extended beyond year 2100.” 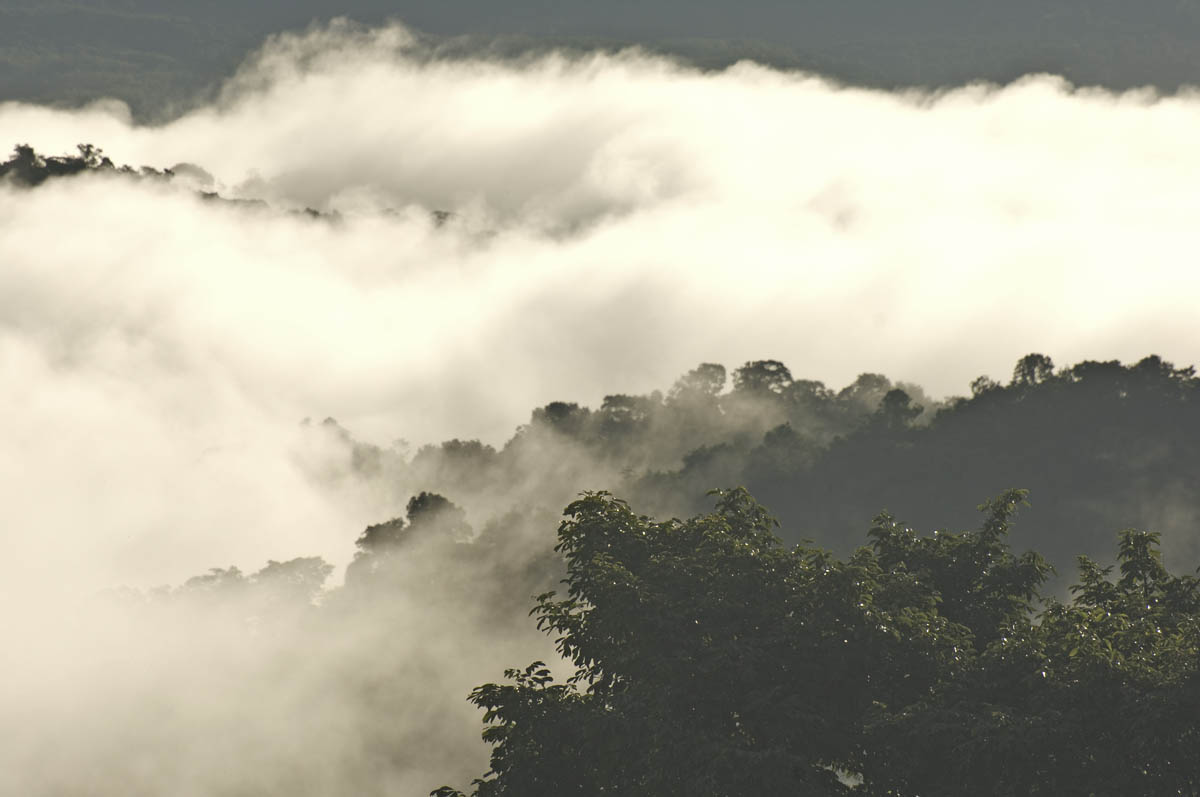 In 2005, 2010 and 2016, the Amazon experienced three droughts in excess of 100-years that created enough forest dieback to cause a flip from a carbon sink to a carbon source. This is the classic definition of forest collapse, one that is not projected to occur until after 2100.

The important bits here are that Amazon dieback takes place on for  the worst-case scenario of RCP8.5 with warming around 4 C by 2100, and that collapse only occurs after 2100. Because the collapse takes place over more than a few decades, to collapse after 2100 it must start no later than  about 2070.

In 2005 the Amazon experienced 100-year or greater drought resulted in enough forest dieback to flip the Amazon from a carbon sink to a carbon source. The flip was transient because of the extremely fast growth rate and recovery in the Amazon. But in 2010, an even more rare drought even greater than the 100-year happened again, with a similar forest dieback and rapid recovery over several years. Then in 2016 another one happened; fueled by the super El Nino, it was even more rare –more extreme– than the 100-year and greater than 100-year droughts in 2005 and 2010. (see here on 2016, here on 2010, and here on 2005)

We can’t tell the future for sure, and science especially is reticentto speculate because of the chance that their prognostication will be incorrect, which would lead to a reduction of their credibility and ability to publish. So what do we do? We absolutely must proceed with professional judgement and not rely upon statistical perfection.

This is yet another instance of impacts happening faster, plausibly because of delay, or simply because the models are conservative–they underestimate. The important part of understanding the true meaning of climate impacts however, is that these abrupt changes are far more meaningful than the traditional impact projects based on slow and predictable ice cube melt philosophy.