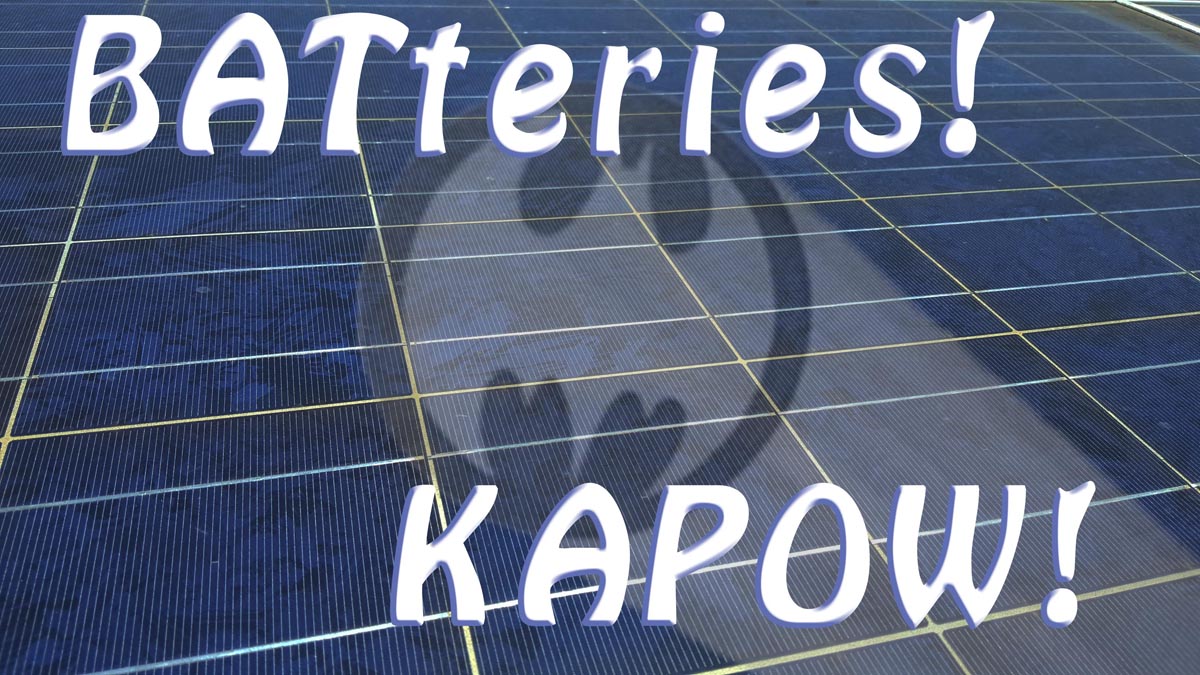 Xcel Energy, the dominant electricity and natural gas supplier in eight states from Wisconsin through the Dakotas to Texas, with $11 billion in 2017 revenues, and 3.3 million electric and 1.8 million gas customers, is proving that wind and solar energy and batteries are here to stay.

Excel says this move could save customers $215 million and cut carbon emissions by half.

So many excellent institutions and individual’s have said this would not happen until the distant future, but here it is, happening now. This trend truly puts our emissions reductions pathway on or ahead of the best-case scenario of Paris Accord emissions reductions.

But(!) remember, even complete elimination of all greenhouse gas emissions yesterday still allows warming up to 1.5 C (if we are lucky and we have been decisively unlucky with all things “climate” since those things became important to us some 30 years ago.)

So, what’s the most important part of this announcement? Batteries. With wind and solar, many of us are becoming accustomed to the dramatic plummet of costs far ahead of schedule (see here) and the regular headlines with “record low alternative energy costs” and “the end of coal as we know it.” But batteries now, that’s been a different story.

The battery story has been like the solar photovoltaic story six or eight years ago and the wind energy story ten or 12 years ago — not gonna happen in time frames that matter. But subsidies kept up. This catalyzed industrial construction capacity and ZAPPO! With this rapid scaling up of production, costs have fallen below fossil fuel costs and POW! Our energy infrastructure changed paths–without government regulations. THWAPP!

So now batteries are on this plummeting path and the dispatchable problem is under control. Those good folks whose graphs and charts appeared all too true for so long will still hold to the projections (ZOING!), at least for a while, but just like with wind and solar, batteries are here to stay.

The other piece of good news? PLORP! BLAM! KAPOW! Xcel is a gas provider. New gas generation is only 17 percent of the total of the 2230 megtawatts of new energy generation being built and they are retiring 660 megawatts of their baseline coal facilities (POW! ZING!) This further proves that traditional fossil fuel energy companies are first, energy companies. They provide us with and make profits from providing the best energy, which is now wind, solar and SKREEECH! Batteries!

Have we won???? NO! NO! NO! NO! NO! The Joker is alive and well and bigger than ever before. Extreme weather is literally a hundred years ahead of schedule and abrupt earth systems collapses have begun.

The new 1.5 C limit to dangerous warming that will be released from the IPCC in 2019 will not (from what I have seen so far) include abrupt changes–they are still too difficult to model, and climate policy is based on what we can model and project into the future.

Because the extremes have already increased so absurdly beyond previous projections, and because we have now entered the nonlinearly changing phase of warming, and because abrupt change collapse initiations have begun, we now have to reduce warming from where it is today.

If we were just to limit warming to 1.5 C (which is 350 ppm CO2 btw,) abrupt changes already begun like the collapse of the West Antarctic Ice Sheet, Shutdown of the Gulf Stream, collapse of permafrost methane, flip of the Amazon from carbon sink to carbon source, flip of western North American forests from carbon sink to carbon source; these things would all complete.

Batman! HOLY ATMOSPHERIC CO2 REMOVAL! We have to clean up the sewage in our sky. And… finish this job of decarbonization of our energy generation infrastructure.

Xcel Energy power plan would cut carbon emissions by half, use renewable sources for 55 percent of power