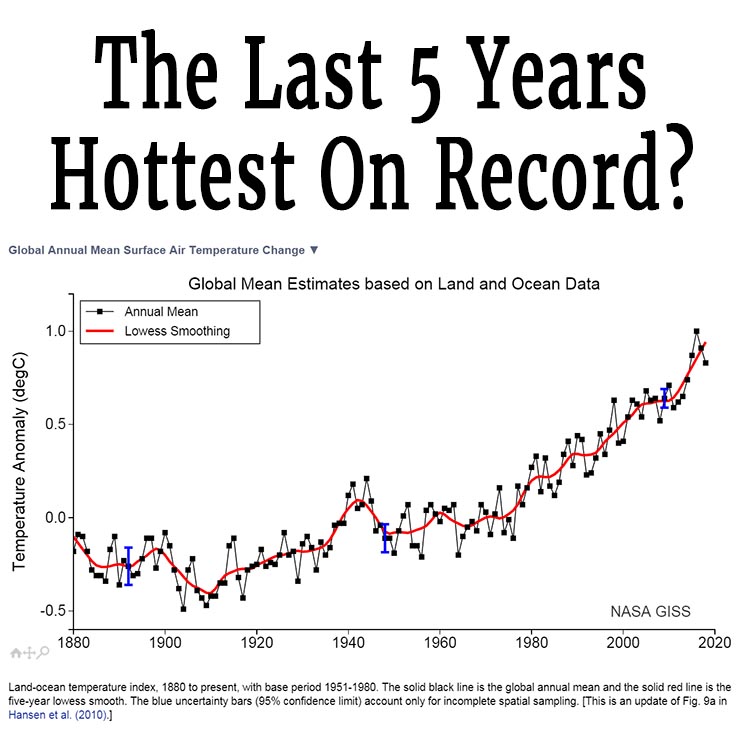 Yes, the last five years have been the hottest five years recorded since 1880. This is a big deal. But what we hear in the media portends bigger things. One of the biggest is the meaning of the yearly average temperature and its relationship to our old climate.

We as a society, and our media and the scientists they report, we all have a view of our climate based on the past. But we fail to recognize the bigger meaning of our ever increasing average temperature.

The global temperature rose above natural variability in 2000, and yes again, the last five years were hottest ever recorded. What this natural variability thing means is that our climate has changed to something different than our old climate. It means that if we do not reduce the load of greenhouse gases in our sky, almost every–or every single five year period from now until we bring our climate back under control, will be hotter than the previous 5 years.

Bringing our climate back under control too, means that we have to remove already emitted greenhouse gas pollution from our sky using negative emissions or carbon dioxide removal. Emissions reductions alone allow for warming to continue, from”warming in the pipeline”, because of the great cooling capacity of our oceans.

“Hottest Year Statements” that are fundamentally as important, or more important than the last five years:
(From NASA’s temperature data)