California Wildfires: Where Is the Climate Change Outrage? 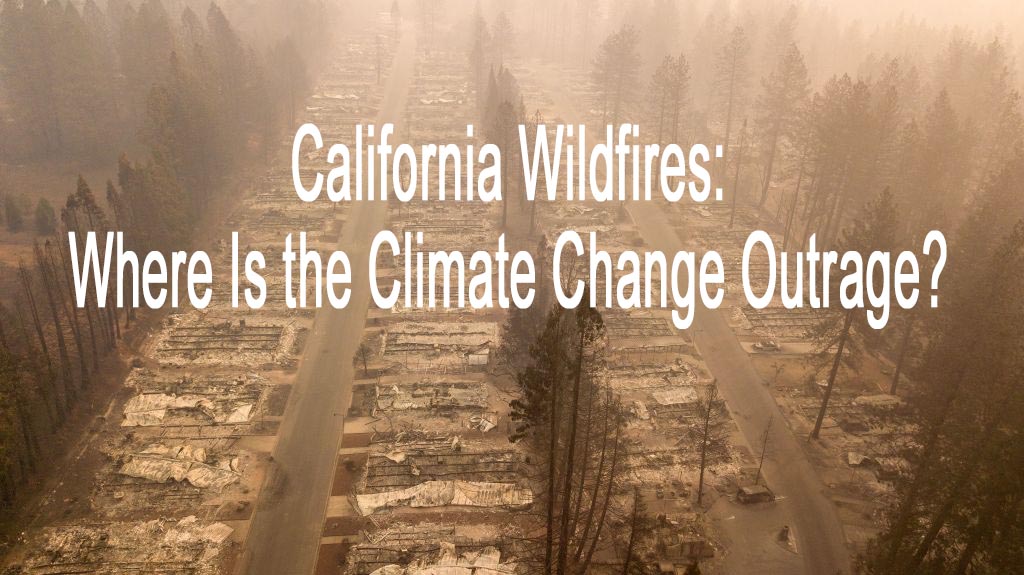 In this aerial photo, a burned neighborhood is seen in Paradise, California on November 15, 2018. JOSH EDELSON / AFP / GETTY IMAGES

California Wildfires:
Where Is the Climate Change Outrage?

Unprecedented droughts, fires and floods are not the “new normal”: Climate change gets nonlinearly worse from here on out. Like an avalanche, the physics of warming determines that a little more warming doesn’t create a little more extremeness, but a lot more. Until we reduce greenhouse gas warming, it gets a lot worse every year. Reducing emissions alone does not reverse warming until after 2300. To reduce warming, we must eliminate all greenhouse gas emissions by 2050, plus remove near 1,000 gigatons of already emitted greenhouse gases from the atmosphere, according to the new 1.5°C report from the Intergovernmental Panel on Climate change.

Meanwhile, a third unprecedented wildfire in California has happened in the last 12 months. At the time of writing, nearly 12,000 structures and 71 lives have been lost in Paradise, California, to the “Camp Fire” that began November 8. Before that, the July 2018 Mendocino Complex Fire burned 459,000 acres and set a record for the state’s largest fire. But the largest fire record before that was set by Thomas Fire, which burned 281,000 acres in December 2017. More than 10,000 structures have been lost in 2018 so far in the state, and more than 9,300 structures were lost in 2017.

Do your part — Be Safe with Campfires!