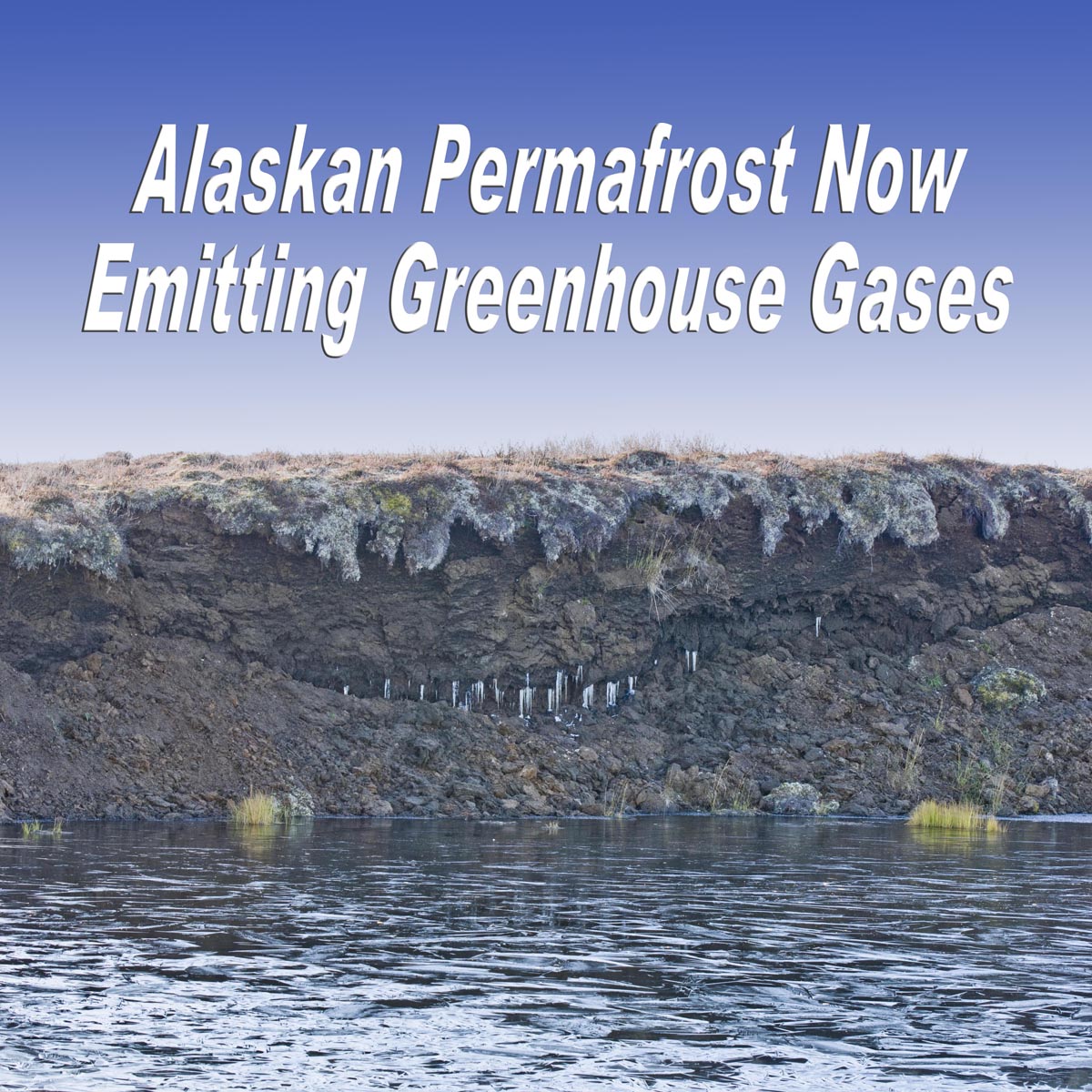 This image is of a thermokarast melt pool, or permafrost melt in Central Alaska. To get there, follow the Denali Highway (all weather gravel) east from Cantwell about 60 miles. Cantwell is about 20 miles south of the entrance to Denali National Park. There’s no gas beyond Cantwell. There are bears though.

Climate Change is here. Alaskan permafrost is now emitting more greenhouse gases than it is storing according to work from Harvard, the Dublin Institute of Technology, Universities of Alaska, Colorado at Boulder, California at Irvine, NOAA and others in this powerhouse paper. This wasn’t supposed to happen before the end of the century.

It’s irreversible if we keep warming and even the best-case scenario of Paris emissions reductions allows up to triple the warming we have already seen by 2050 and quintuple by 2100. Literally, only technology can save us now–which is really good news because we have the technology. The first time it was industrialized was to keep our sailors safe from carbon dioxide poisoning in submarines during World War II. (see here)

What the Alaskan permafrost research says:

“Rising arctic temperatures could mobilize reservoirs of soil organic carbon trapped in permafrost. We present the first quantitative evidence for large, regional-scale early winter respiration flux, which more than offsets carbon uptake in summer in the Arctic. Data from the National Oceanic and Atmospheric Administration’s Barrow station indicate that October through December emissions of CO2 from surrounding tundra increased by 73% since 1975, supporting the view that rising temperatures have made Arctic ecosystems a net source of CO2.”

Alaskan forests still absorbed more than emitted, but only if wildfire was not considered. Everywhere else, in tundra regions and the mixed forest/tundra, emissions were greater than absorption. The authors tell us: “Long-term records of soil temperature within permafrost increased by nearly 2 °C at a depth of 10 m [to 15m] near Barrow since 1950.” This is deep warming and critical to overall permafrost melt.

Unfortunately, this new science is like a lot of climate science. It’s so new that it must be caveated heavily to keep it from being exaggerated and spoiling its ability to provide effective guidance in the future. This “uncertainty however should not be understood as meaning that it’s not this bad. Science does not work this way. To keep from being wrong, scientists are conservative. After all if they are wrong, the academic journals will think twice about publishing their work in the future. This effectively demands that scientists understate their findings. High uncertainty in climate science doesn’t mean that estimates are wrong, it means that they understate.The authors finish out their abstract with the following:

“Our results provide evidence that the decadalscale increase in the amplitude of the CO2 seasonal cycle may be linked with increasing biogenic emissions in the Arctic, following the growing season. Early winter respiration was not well simulated by the Earth System Models used to forecast future carbon fluxes in recent climate assessments. Therefore, these assessments may underestimate the carbon release from Arctic soils in response to
a warming climate.”