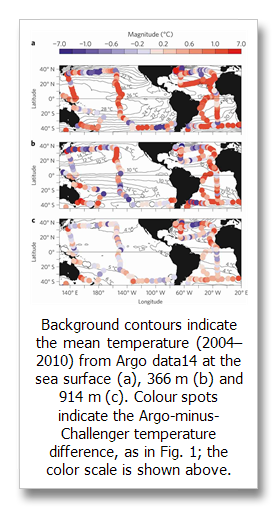 The Royal Society, University of Edinburgh and Mechiston Castle School sponsored the expedition around the globe to explore the deep oceans. Led by Captain George Nares, the expedition is credited with the foundation of oceanography.

The authors of this paper from the Scripps Oceanography Institute and the National Oceanography Centre in Southampton UK, have compared the modern Argo ocean sensing program data with the Challenger data that is now 135 years old. The Argo system is made up of about 3,000 free floating autonomous oceans sensors. These little floating robot sensors spend five years bobbing up and down in the ocean, taking its temperature and measuring its salinity then bobbing to the surface and uploading to a satellite.

Because the oceans are riddled with the Argo floats, it is easy to compare the circuitous route of the Challenger as it traversed the world’s oceans to any number of Argo floats. This is a really clever thing to be doing today too because, as the authors of this paper remind us: “Since the 1960s about 90% of the excess heat added to the Earth’s climate system has been stored in the oceans. The ocean’s dominant role over the atmosphere, land, or cryosphere comes from its high heat capacity and ability to remove heat from the sea surface by currents and mixing.”

The results of the comparison shows a surface warming of 0.59 degrees C, and warming is widespread down to 5,900 feet below the surface. Warming is greater in the Atlantic (1 degree C) than the Pacific (0.41 degrees C). Other work has shown that our oceans cooled slightly at the end of the 19th century, so the warming identified in this work is estimated to start in about 1910.

Among other interesting and possibly useful things this evaluation has found is the Gulf Stream is farther north today than it was during the Challenger Expedition. 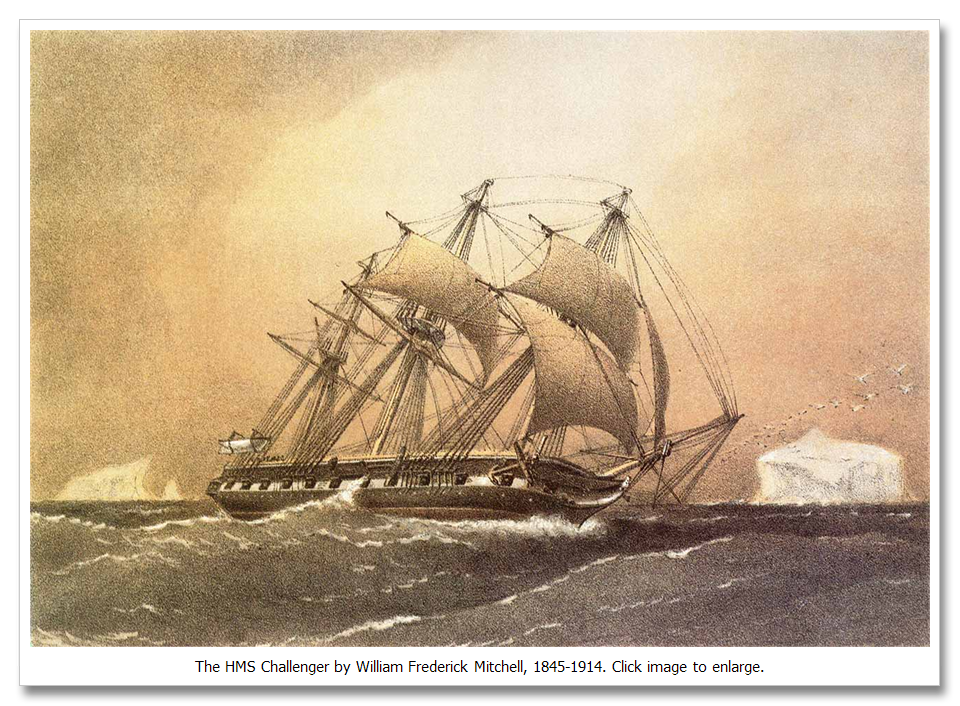