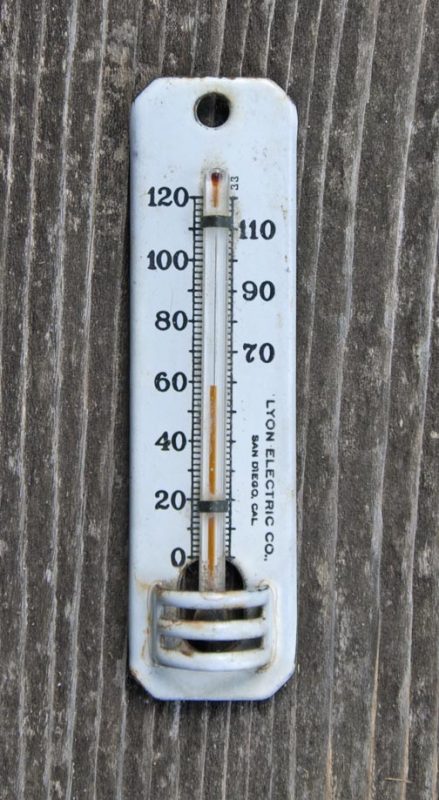 The Thermometer Series: The sixth of six articles on the next steps in climate reform and why we need to advance current climate change strategy.

New research has for the first time defined the tipping point between a stable WAIS and an Antarctica that collapses uncontrollably.

Potsdam Institute researchers (Levermann and Feldmann) tell us is that if we do not return our oceans to their preindustrial temperature by 2050, we will see out of control collapse of the WAIS and ultimately all of Antarctica. Their different scenarios all point to one critical issue: ocean warming. Four scenarios resulted in no collapse, all returning upper ocean warming to its preindustrial temperature by 2050. (1)

The critical part of this research deals with the time remaining until collapse, not how fast the collapse occurs. Traditional ice sheet collapse dynamics (modeling physics) are used and their collapse time frame is little different than what is supported by the consensus, or centuries to millennia.

Because of scant research and slow (10-year) integration of new research into IPCC consensus projections, IPCC modeling and thus, consensus projections, are based on simple melt and iceberg discharge relationships that have been observable in the historic record. This is why there is a huge discrepancy between IPCC sea level rise projections and actual observations of prehistoric evidence in the field. The IPCC does not come to a consensus about future sea level rise from physical evidence alone, modeling must be included that corroborates the evidence.

The IPCC caveats their sea level rise projections heavily with cautions that “dynamical collapse mechanisms” are not included. There is a great disparity between IPCC’s 4 mm per year worst-case sea level rise from Antarctica and evidence from Xcaret Reef 121,000 years ago of 36 mm per year, or the large body of science that shows rapid ice sheet collapse and sea level rise in prehistory of ten feet per century (30 mm per year) for centuries on end. (2) It is also worth noting that in the last five years, NOAA’s sea level rise data looks to have jumped from its 3 mm per year level to 5 mm per year or greater, but cautioned is advised with this interpretation because the Super El Nino. (3)

More new work includes Deconto and Pollard 2016 that breaks through the ice cube melt modeling barrier with work that has begun to approach ancient evidence of collapse. (4) They say three feet from Antarctica alone by 2100, which is nine times faster than the consensus opinion of the IPCC of four inches by 2100.

But actual evidence is many times faster than DeConto and Pollard and critically, the maximum sea level rise adaptation rate is 3 feet per century. (5) DeConto and Pollard have opened a new door that is fundamental to current climate reform strategy. Their methods use refined physics not yet modeled before that focus on lateral stress constraints, pinning, buttressing, and most fascinating, ice cliff collapse.

It seems that when an ice cliff becomes taller than about 300 feet, it does not have enough strength to hold itself up and collapses. This is an easily observable phenomenon if one can travel to the face of a marine terminating ice sheet or a glacier terminating on water. The ice cliffs in these areas are never higher than 200 to 300 feet.

In West Antarctica, where we have the only marine ice sheet remaining in the world, the ice sheet rises 6,000 feet above the level of the ocean 500 miles inland. The foot of the ice sheet lies on the ocean floor up to 5,000 feet below sea level and along its ocean edge for 1,000 miles along the Ross and Ronne ice shelves and places like the Amundsen Sea Embayment, the ice thins to a floating sheet that rises only 200 to 300 feet above the sea. With the onset of collapse however, with warnings coming from scientists since 2008 that collapse has begun (6), this will radically change.

The stronger winds caused by a warmer Earth blow young sea ice out to sea and new ice quickly forms. This increase in the area of sea ice coverage decreases ocean mixing from wind and keeps the ocean warm. Record Antarctic sea ice coverage is doing a lot of warming.

Warmer upper ocean water circulates beneath the floating shelf of the WAIS. The warm water has already melted the edge of the WAIS up above its sill, or its underwater pinning point. Think of this pinning point as a ridge that has been raised upwards because of the great weight of the Antarctic Ice Sheet. Like a giant medicine ball plopped down in a muddy field, the mud around its edges rises in a ridge around the medicine ball.

In our old climate, this ridge protruded up into the bottom of the floating ice sheet with water on both sides, holding back the flow of ice outward from the interior. Today’s warmer ocean has melted the bottom of WAIS up high enough so that it has lost contact with its pinning point. In some places outward flow has dramatically increased.  (8)  Just as important, warm ocean water is now flowing far back into the previously inaccessible reaches of the under-ice ocean.

According to the principal (DeConto,) their collapse estimate is likely conservative: “We are imposing a “speed limit” on the cliff collapse mechanism,  that could indeed be conservative-especially for cliffs much taller than 100m (which will exist in some places as the ice margin retreats landward). For example, the retreat rate at the face of Jakobshavn glacier in Greenland is >10km/yr, and that’s up in a long fjord choked with ice- with limited communication with open ocean. These cliff margins in Antarctica would be much broader- and will not become as easily choked with melange/bergs. The rate of retreat in the model ensembles maxes out at around 3km/yr- much slower than Jakobshavn. With that said, we could be missing some important negative feedbacks in the rate of retreat (I hope we are). We still have a long way to go- in representing these physics in the models.” (10)

Hearty et al., A +20 m middle Pleistocene sea-level highstand (Bermuda and the Bahamas) due to partial collapse of Antarctic ice, Geology, 1999. (abstract only)

Blanchon, et al., Rapid sea level rise and reef back stepping at the close of the last interglacial highstand, Nature, April 2009.  First Paragraph, page 884: “During those jumps, direct measurement of rise rates shows that they exceeded 36 mm per year.” (1.2 feet per decade)