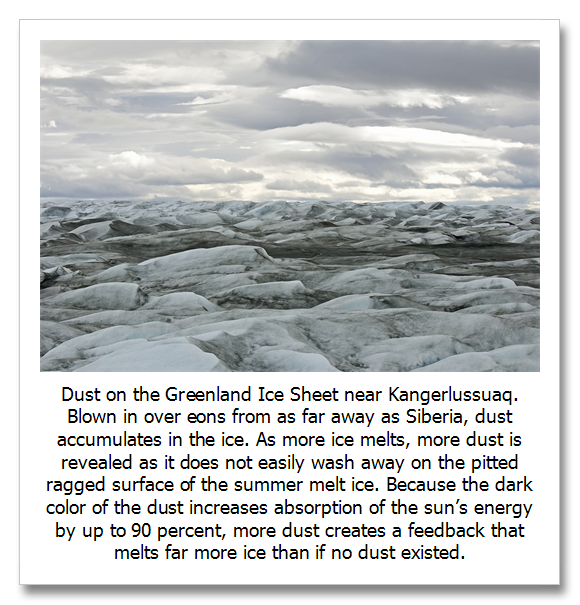 The Arctic is warming on average twice as fast as the global average, but in places the warming is double even this rate. Implications are immense as the Arctic is literally the worlds air conditioner, or at least most of the world as most of the world’s land is in the Northern Hemisphere.

This research, performed by the University of Victoria and Environment Canada, uses the latest temperature set for the Arctic that has been adjusted for missing data and the most advance (CMIP5) climate model.

The take away is that global cooling aerosols have masked 60 percent (1.8 degrees C) of the warming that should have already occurred in the Arctic.

Using the 8.3 degrees C of warming projected for 2100 by the worst-case scenario RCP8.5 and understanding that 60 percent of this is masked by aerosols, actual Arctic warming by 2100 would be 12.5 degrees C or 22.5 degrees F.

VERY IMPORTANT: The elephant in the room has yet to be identified. Shutting down coal eliminates most excess aerosol pollution that accounts for the masking of increased Arctic (and global) temperature. The IPCC tells us that 57 percent or average global warming has been masked by aerosols.

Shut down coal and this mask rapidly disappears as aerosols have a life in the atmosphere that is at most about a year. Without aerosols global temperature more than doubles without any additional greenhouse gas emissions.

Climate pollution policy remains oblivious to this science as we attempt to shut down coal burning as fast as possible.