The National Snow and Ice Data Center (NSIDC) report on March 19, 2015 shows Arctic sea ice has reached its lowest winter minimum on record. The record only goes back to 1979, but conclusions can be drawn from the record and global temperature that show global warming at work. 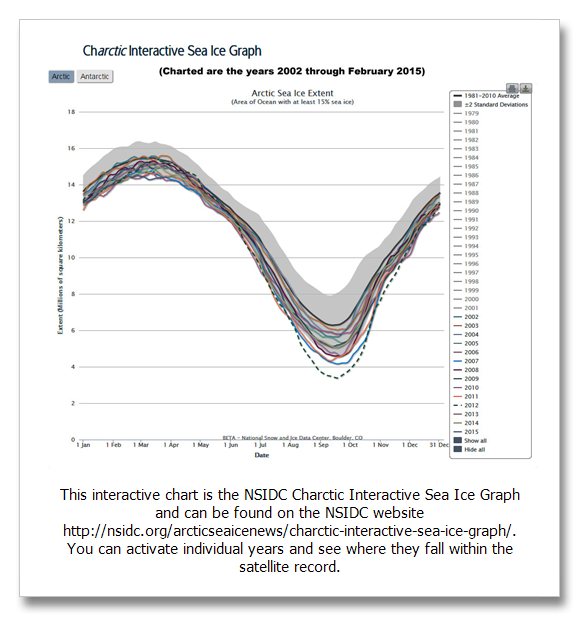 This interactive chart is the NSIDC Charctic Interactive Sea Ice Graph and can be found on the NSIDC website here. You can activate individual years and see where they fall within the satellite record.

Arctic sea ice coverage is highly variable from year to year depending on winds, and it is still brutally cold in the Arctic as our new friend the polar vortex has shown us across much of the eastern U.S. over the last several years.

Evaluating the significance of this record and the previous ten to fifteen years however shows a clear relationship with warming.

When we look at global average temperature, the relationship becomes clear. Beginning in the late 1970s, global temperature began to warm rapidly.  Since then, Arctic sea ice has transitioned from above average to below average in a very significant way. 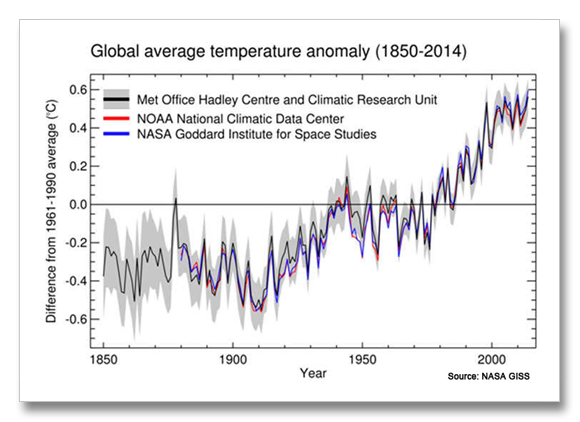