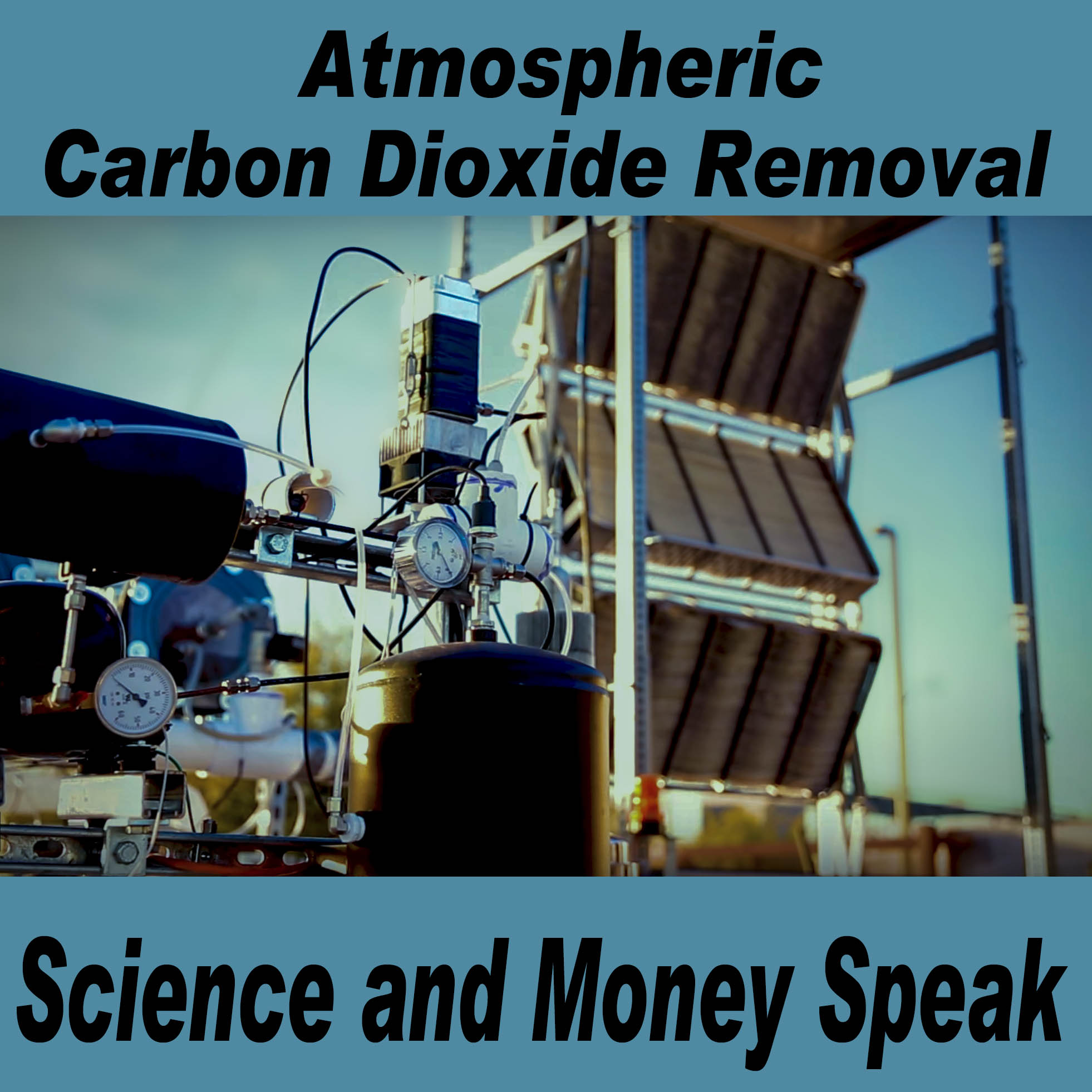 How, exactly, are we going to reverse climate change in time to save our soles from frying on the pavement? As a society, we have easily solved global-scale pollution problems before. How deep would it be and how many of us would be alive today, if when there were 1 billion people on Earth and we discovered human sewage pollution was killing millions, if we never decided to treat that pollution? Ew.

It’s been coming for more than a decade now. The academic realization that we cannot restore a healthy climate without removing already emitted carbon dioxide climate pollution from our sky first made its most widely accepted appearance with 350.org.  What caused 350.org to select the 350 ppm CO2 target (about 0.9 C above Earth’s preinudustiral temperature) was James Hansen’s paper in 2008, “Target atmospheric CO2: Where Should Humanity Aim, (2008)?” (Atmospheric equilibrium CO2 at 1.5 C is 425 ppm CO2, at 2 C it is 475 ppm CO2, 2018 ended at 408.5 ppm CO2.)

It’s taken 11 years but the catastrophes, collapses and apocalyptic reports have our attention now. It is obvious that already emitted climate pollution has allowed extremes to cross a threshold and the science says it must go, and emissions reductions alone cannot touch it. Emissions reductions so poorly address past climate pollution that even with the best-case 1.5 C warming net zero emissions policy, we warm triple what caused the mayhem to begin at about 0.5 C warming.

Societally leading thinkers, institutions and organizations have realized technologies like those used to save sailors lives from CO2 poisoning in submarines in WW II, with the prospect of trillions in climate pollution cleanup revenue, is the key to cleaning up past climate pollution and to stop the mayhem.

Carbon Engineering: Rathi, A tiny tweak in California law is creating a strange thing: carbon-negative oil, Quartz, July 1, 2019 — Carbon Engineering and Occidental Petroleum in the Permian Basin of West Texas are building a 500,000 ton per year CO2 removal facility to literally (and hopefully) create “carbon negative oil.” No fooling. This is where we are at today. It’s taking incentives from the California Low Carbon Fuels Standard and the IRS 45Q tax credits, but carbon negative oil very plausibly here today using enhanced oil recovery with CO2 injection. Yes it’s for oil recovery but the process has a good chance of putting more CO2 into the ground than comes out with all things considered including burning the newly recovered oil. And carbon neutral oil at the bare minimum,  is literally required for the biggest incentives from California to be awarded and those incentives work anywhere in the world because they are for carbon removal from the same sky that California uses.

Moisture Swing, Arizona State: Lackner’s carbon-capture technology moves to commercialization, Arizona State University, April 29, 2019 — Professor Klaus Lackner’s and Arizona State’s new process called “moisture swing,” uses only the wind creating a fanless CO2 removal process with far less energy use. They are partnering with Silicon Kingdom Holdings (SKH) and have announced an agreement to build carbon-capture technology in Arizona. SKH plans to deploy clusters of column-shaped devices, or mechanical trees. A cluster comprises 12 columns and can remove 1 metric ton of CO2 per day. SKH will deploy the technology in a pilot CO2 farm targeting 100 metric tons per day of CO2. The technology will then be deployed to full-scale CO2 farms in multiple locations, each capable of removing 3.8 million metric tons of CO2 annually.

Leaders today have seen the light at the end of the tunnel and it’s not a train. Stripe has committed to spending $1 million per year to offset its carbon footprint using carbon dioxide removal technologies at any price, in order to advance the scaling and technology needed to meaningful address climate pollution in our society. Stripe sees the writing in the sky and realizes that carbon dioxide removal is needed to advance our civilization beyond the climate pollution emergency and are willing to pay twice as much as they invest in carbon offsets.

Stripe is willing to do their part for the commons to advance industrial scaling faster than government alone did with zero carbon energy. From their published commitment linked above, “Researchers and entrepreneurs are working today to create this new industry, and continued progress will require funding for experimental prototypes with initially high cost per tCO2. This provides an opportunity for Stripe and like-minded early adopters to shift the trajectory of the industry. Experience with manufacturing learning and experience curves has shown repeatedly that deployment and scale beget improvement. This phenomenon has been seen across TVs, phones, semiconductors, DNA sequencing, and clean energy technology. The cost of solar panels was about $30 per watt in 1980, $10 per watt in 2000, and less than $1 per watt in 2019.”