March 2, 2010 (From the Australian Bureau of Meteorology) The summer of 2009-10 was a rather wet one for most of Australia, particularly in the east, continuing a sequence in which eight of the last eleven summers have ranked in the wettest 20 of the last 110 years. It was also a warmer-than-normal summer, which combined with the extremely warm winter and spring to leave Australia with its warmest nine months on record. The heat was most concentrated in Western Australia, which had its hottest summer on record, but the southeast was also warmer than normal. 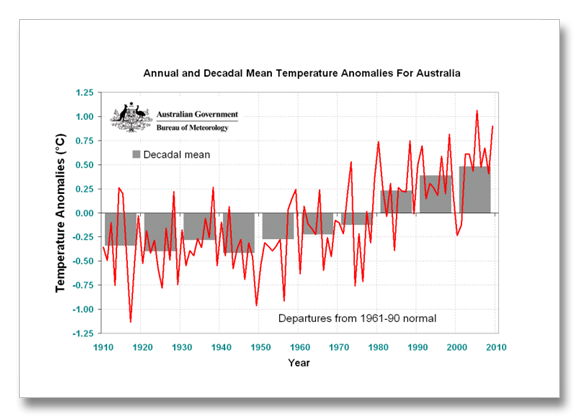