China to Cap Greenhouse Gas Emissions, The U.S. Continues to Do Nothing 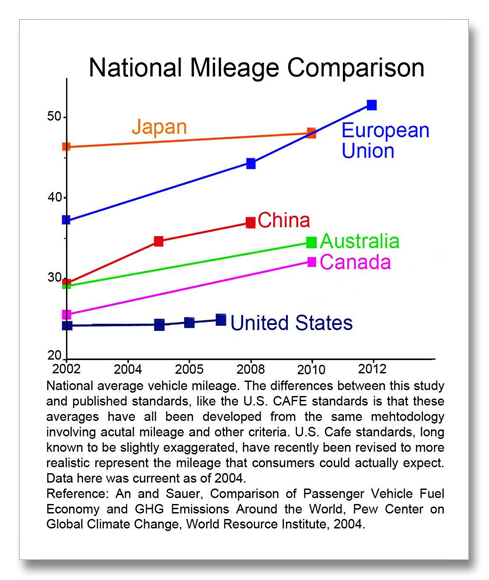 China may not be leading the world in climate change policy, but, er, neither is the U.S. China’s emissions grew 75 percent in the five years from 2002 to 2007 and in 2010 their emissions grew 10.4%, even with the world-wide recession. Now China proposed emissions cap is getting closer to approval and they have settled (for now) on allowing a 25% increase in emissions in the next five years.  Of course it is nowhere near enough, but at least it is something and that is my point.

The U.S. has no cap. Climate scientists have been telling us for decades that we need to have our atmospheric CO2 level 7% below 1990 levels. The United States and the United States alone laughs in their face. Every other country on the face of this planet agreed to Kyoto except Afghanistan and Sudan.

China’s automobile mileage standards have been higher than those in the U.S. since, well, since China had cars 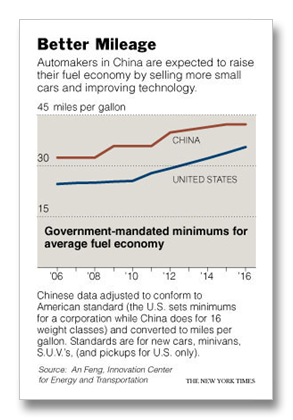 Other studies put current Chinese mileage at 35.8mpg – so China has already surpassed the requirement that Obama wants to implement in 6 years. And Chinese officials have announced a new target of 42.2 mpg by 2015