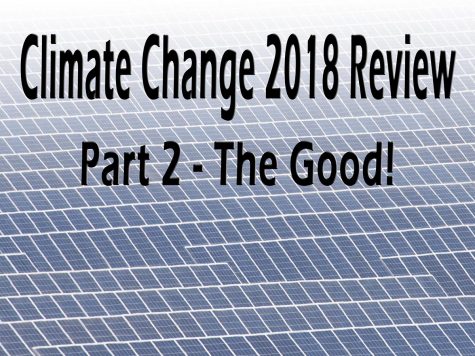 So much happened in our climate change world in 2018 that we are printing this article in two parts: The Bad, and The Good. We started with the bad. If you missed Part 1, you can see it here. Now we present Part Two—The Good. While US leadership resoundingly reversed decades of climate pollution reform, as statements in the continuing parade of scientific reports became dominated by post-apocalyptic descriptions, and as climate change caused catastrophes seemed to take over our lives at times, renewable energy costs are now cheaper than the cheapest fracked gas, electric vehicle purchases skyrocketed, utility scale battery costs plummeted, some of Trump’s environmental rollbacks have failed, carbon capture costs plummeted, and new policy directions have emerged. 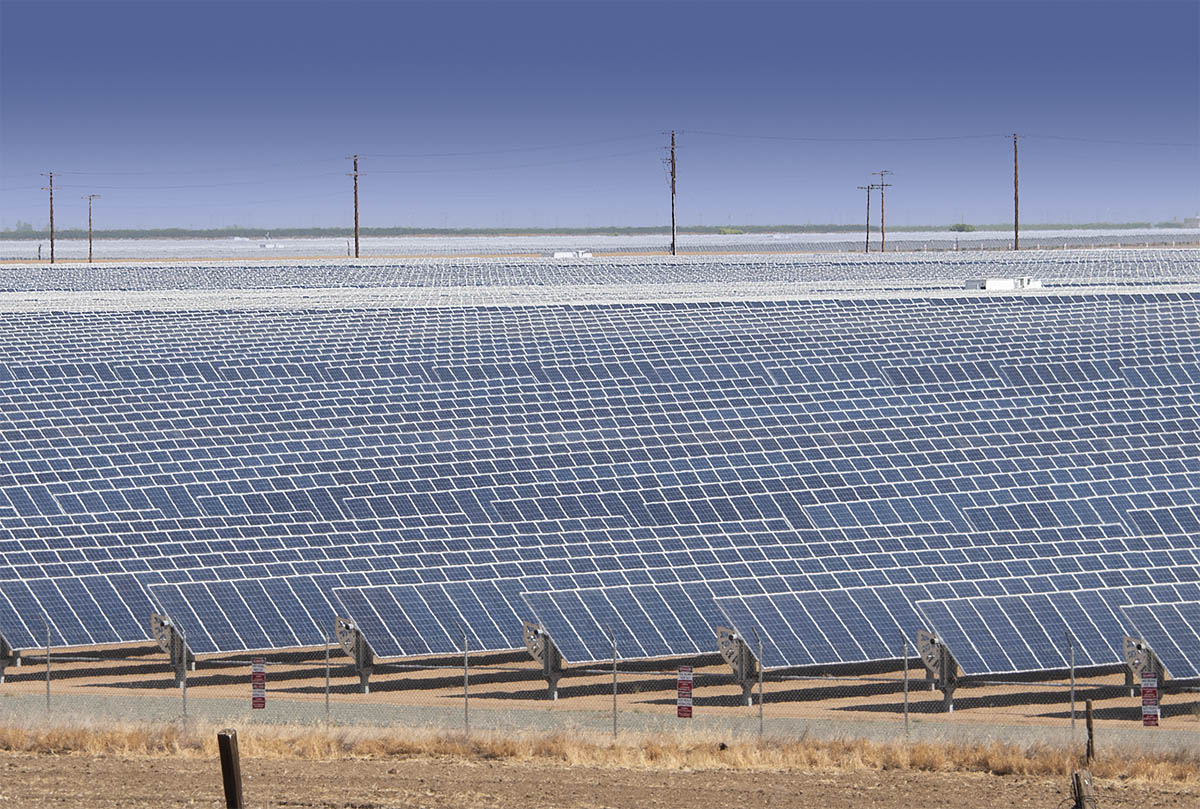 Levelized and unsubsidized new utility scale renewable energy generation costs are now cheaper than the cheapest fracked gas according to the the world’s largest independent investment bank, Lazard. New wind and solar projects are a third less expensive than the cheapest fracked gas, less than half the cost of coal and geothermal, and a third the cost of solar thermal towers and nuclear. Levelized costs represent the economic evaluation of the complete cradle to grave costs of a given technology using apples to apples comparisons.

In 2018, more than four in ten coal plants globally were operating at a loss. This is not just because of cheap fracked gas. Alternatives are in the market in a big way.  In 2017, 94% of new US energy installed was renewable. In 2018, Bloomberg reports corporate energy deals doubled over 2017 from 6.1 gigawatts to 13.4 gigawatts. More than 50 percent of new utility scale energy generation installations in 2019 will be renewables. The question is not when coal will shut down, but how can coal be shut down fast enough to minimize losses.

Based on Paris Climate Commitments of keeping warming below 2 degrees C, the US alone could save $78 billion by switching to alternative energy according to Carbon Tracker. Sierra Club says 281 coal fired power plants have been shut down.

The International Renewable Energy Agency (Irena), says “Solar photovoltaic (PV) modules are more than 80% cheaper than in 2009. The cost of electricity from solar PV fell by almost three-quarters in 2010-2017 and continues to decline. Wind turbine prices have fallen by around half over a similar period.”

In 2016, findings in the Journal of Renewable and Sustainable Energy  say battery parity, when battery storage costs are equal to the cheapest energy generation, is at $0.10 kWh

California has mandated that 1.3 gigawatts of storage be added to the California grid by 2020. Contracts for four projects totaling 568 megawatts have been ordered to replace three gas peaker generating facilities. All four projects will be built by Tesla.

Tesla’s 100 megawatt utility scale battery facility in South Australia saved $40 million in its first year of operation in 2018; all the more impressive considering the project only cost $66 million. 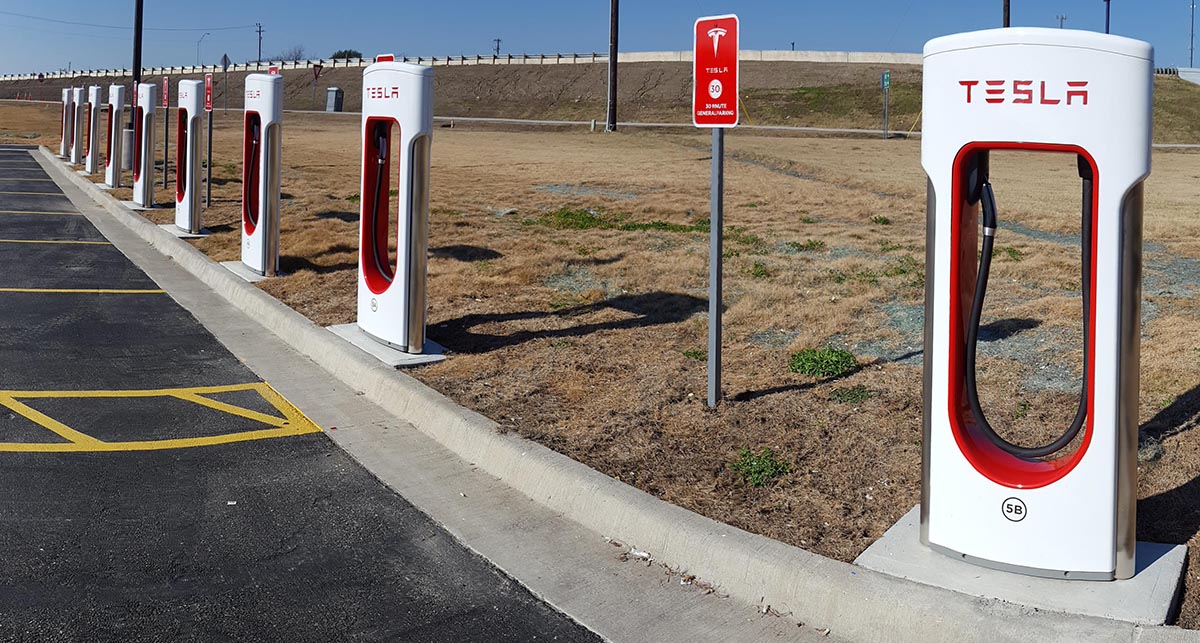 The chargers are coming. IH35, Waco. Photo by Bruce Melton.

Plugin electric vehicles continue their rocket-like increase in sales in the US, up 80 percent to 361,000 compared to 200,000 in 2017. Volkswagen’s Dieselgate Scandal awards $2 billion to the US for a National Zero Emission Vehicle (ZEV) Investment Plan and ZEV infrastructure that includes 2,000 charging stations at 484 sites across the US. Volkswagen also paid $2.7 billion into a trust fund to help states reduce transportation emissions. 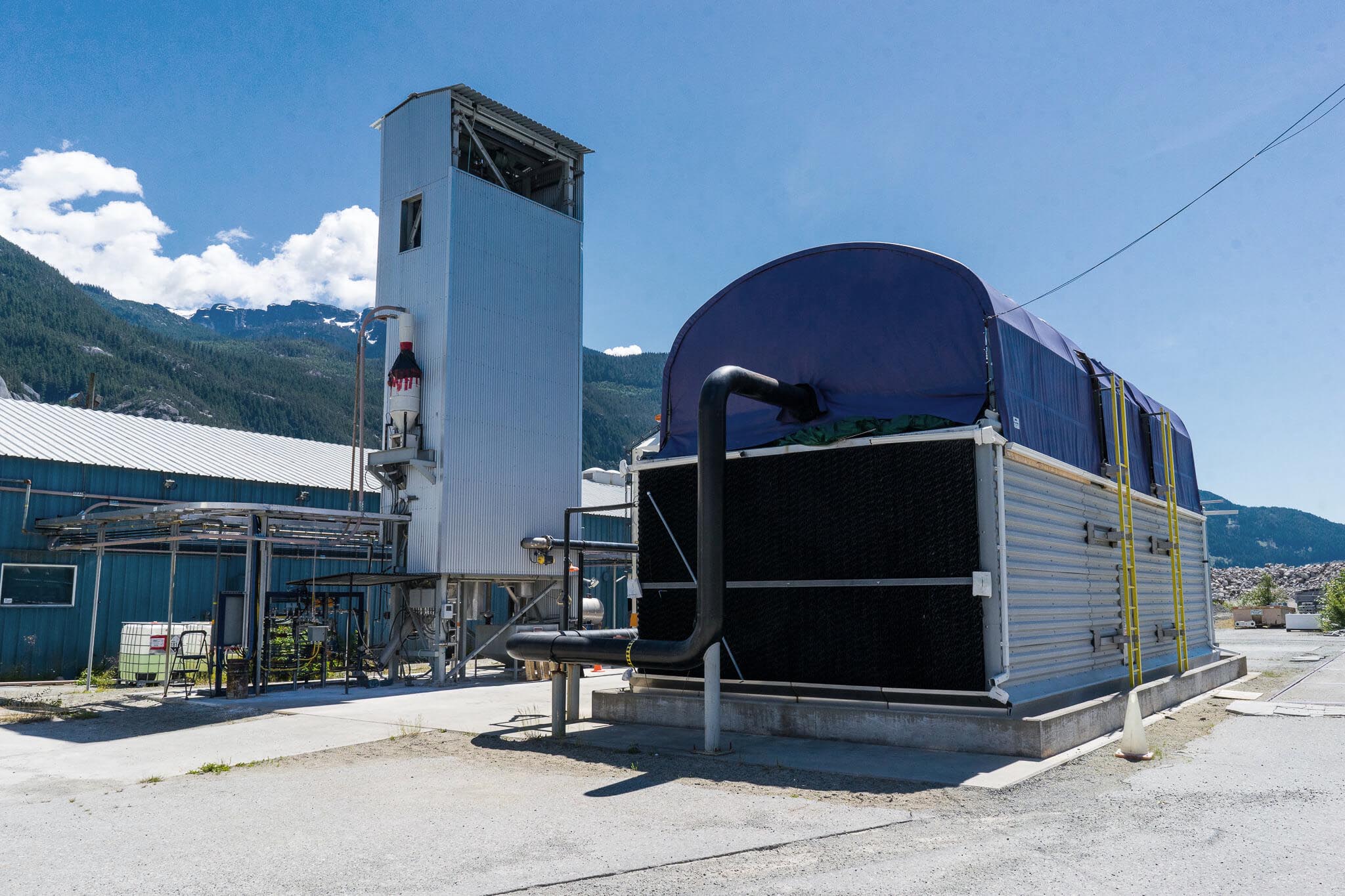 How do we deal with all the accumulated climate pollution in our sky? Take it out of the air with technology first used in submarines in World War II to keep our sailors safe from carbon dioxide poisoning. This pilot facility is a Carbon Engineering in Squamish, British Columbia. Photo by Carbon Engineering.

The cost of removing already emitted CO2 from our sky (drawdown of CO2, or negative emissions) at Carbon Engineering’s facility in Squamish, British Columbia has fallen to $100 a ton from other’s estimates of $600 to $1,000 per ton in 2011. Carbon Engineering published their trade secrets in academic literature – a boon to the commons, and something that is rare when trade secrets are concerned. Their process works with technology first used to keep our sailors safe from carbon dioxide poisoning in submarines in World War II.

This first of its kind facility uses expensive natural gas electricity to remove 1,000 tons CO2 per year at $0.03 to $0.06 kWh. Near-future ultra low cost renewable energy of $0.01 kWh will significantly reduce costs. Normal next generation design enhancements and scaling to the level required to meet drawdown requirements will very likely see future price drops similar to what we know from the scaling of computer and solar energy technologies. 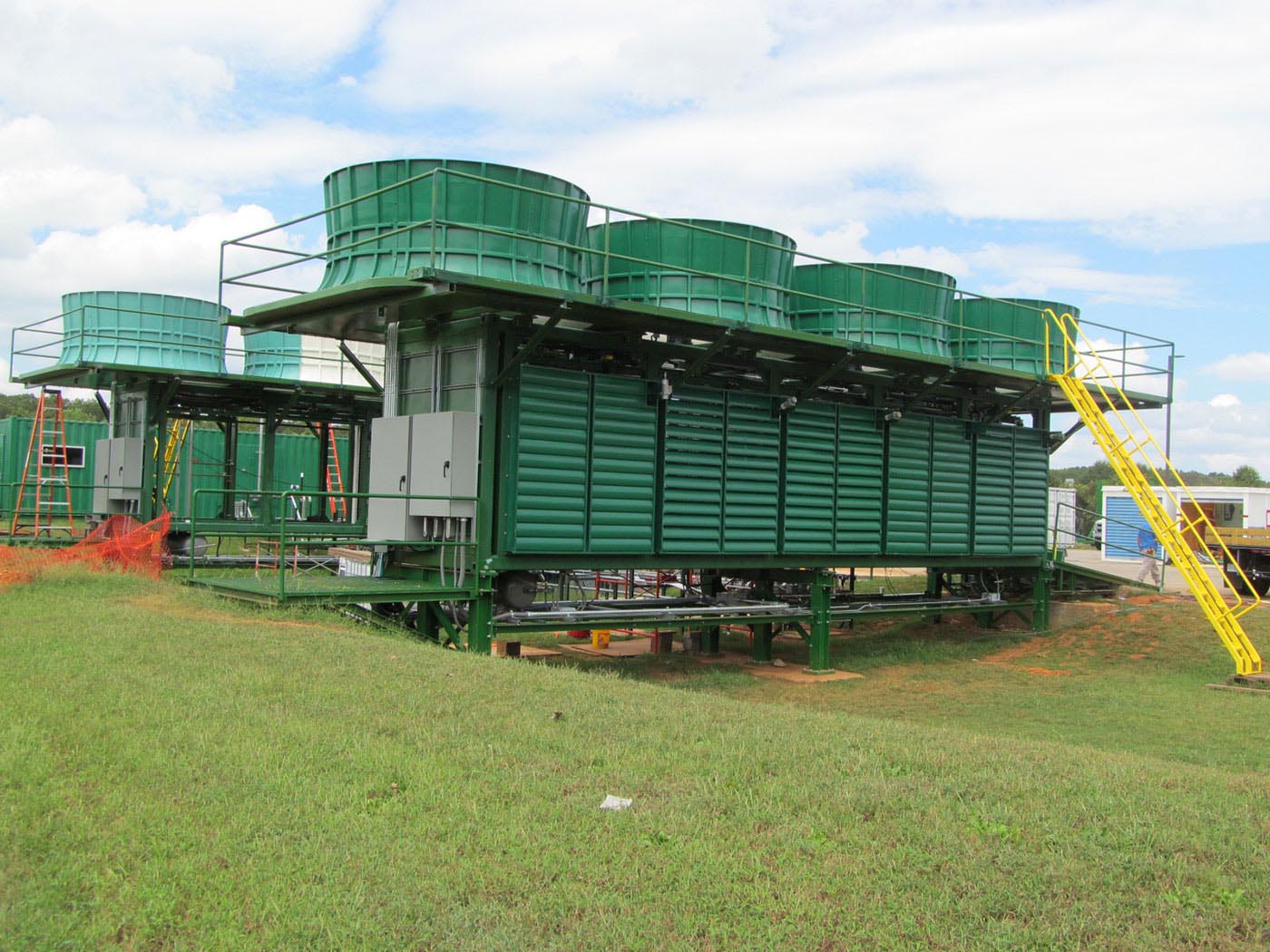 Another very promising firm, this one without academic publishing, is also poised to get into the air capture business in a very big way.  They are Global Thermostat, who has three operational industrial scale facility up and running. This process may have a jump on Carbon Engineering too. They use more efficient amines in their process. Amines are a very common industrial chemical used widely in refineries. We use over 3 billion tons of amines in the US every year.

We’ve had the first significantly bipartisan carbon fee and dividend (CF&D) climate pollution regulation submitted in Congress: H.R.7173 – Energy Innovation and Carbon Dividend Act of 2018. (Reintroduced in the 116th Congress as H.R. 763.) The fee (it’s not a tax) for emitting greenhouse gases, is one-hundred percent returned to the public as a dividend. It’s given in equal shares to every adult and child under 19, so it benefits the poor more than the rich.

This bipartisan support is important. In this age of climate regulation catastrophe with the Trump Administration, bipartisan support for climate pollution reform is rare as frog hair. With bipartisan support, because it’s not a new tax, and because most American’s will see an extra $500 dollars in their pockets after the fee induced costs increases for goods and services, the possibilities of passage are real.

The other new and already implemented policy development is the Internal Revenue Service has advanced their 45Q tax credits for carbon dioxide capture and sequestration from $10 (with enhanced oil recovery) and $20 per ton (without enhanced oil recovery) to $35 and $50 per ton. The revisions became law in February 2018 and now include direct air capture instead of just smokestack exhaust capture, and sequestration can be any permanent storage instead of just oil field injection like before. There are no limits to the new credits instead of 75 megatons with the old ones.

The great benefit of both of these developments is that they will catalyze capture and storage of CO2 from the atmosphere because it is entirely plausible that atmospheric CO2 capture costs will likely be at or below $50 a ton as soon as they can get the facilities built. Market forces with 45Q credits would then become quite meaningful. 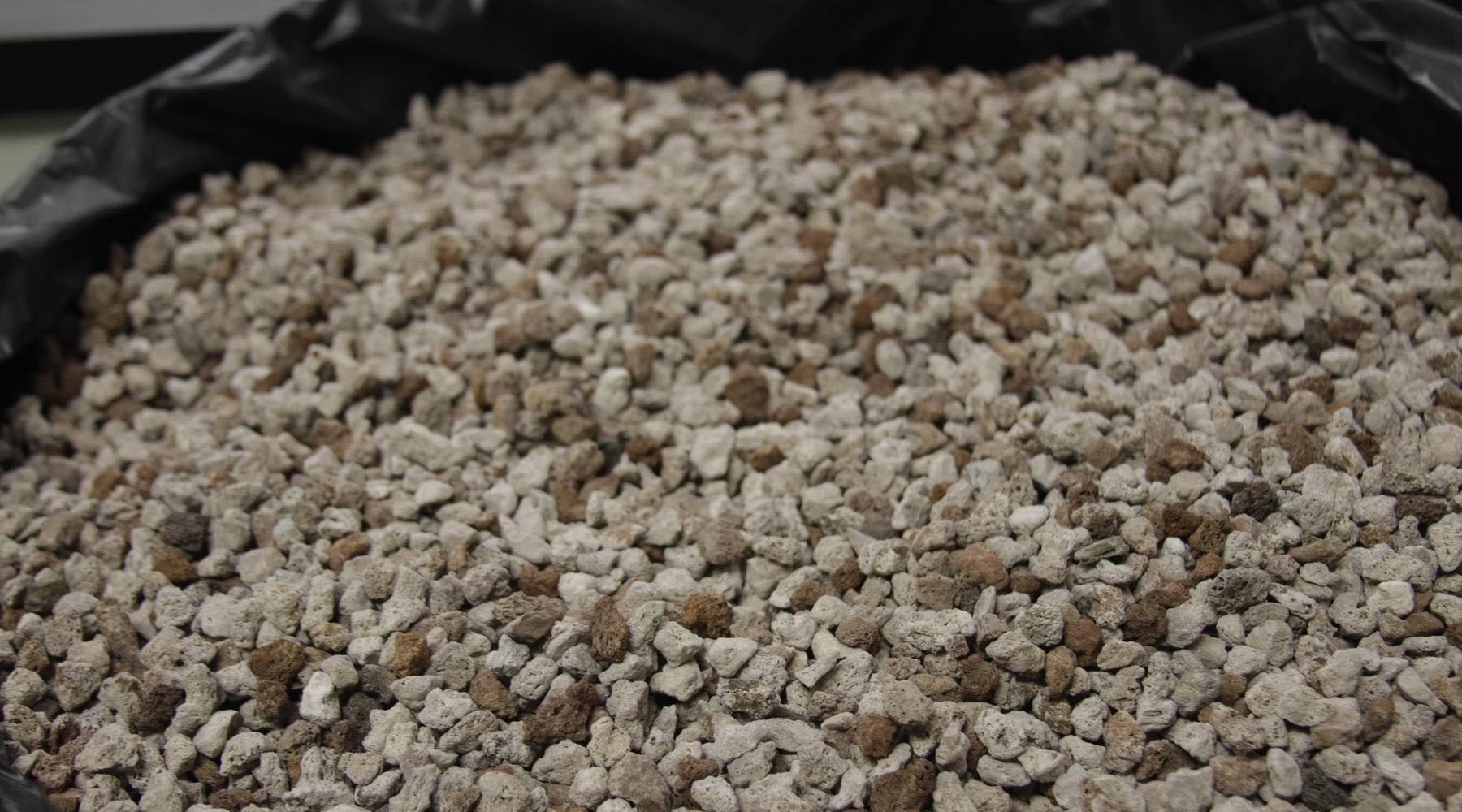 Blue Planet is making synthetic aggregates from CO2. We use 53 gt aggregates across the world every year in things like concrete, asphalt pavement and road base. According to Blue Planet, any sand, gravel or crushed rock can be “grown” for costs that are already less than aggregate costs in aggregate poor metro areas.

Carbon Storage: Where Do We Put the Captured CO2?

We can put captured CO2 in many places, and do many things with it to keep it permanently stored. We can put it in oil fields and salt water aquifers and underground in widely available basalt rock formations. We can use it for the fizz in soft drinks and myriad industrial and food related industries.

Together though, the capacity of all of these things to make a meaningful dent in the amount of drawdown that must take place is not as much as that from enhancing natural earth systems like forests and agricultural strategies. But new markets are developing.

Blue Planet, an economically sustainable carbon capture company in Los Gatos, California, has developed a process to make synthetic aggregates out of carbon dioxide. Aggregates are any form of gravel, usually mined from an open pit either in riverine gravel deposits or from bedrock that is then crushed to size.

Aggregates make up 85 percent of concrete and asphalt, and have dozens of other uses including as a base material for roadways beneath the concrete or asphalt.

We use more than 53 gigatons of aggregates across the planet every year, which is about 20 gigatons of captured and permanently stored carbon dioxide. The possibility of very large storage of carbon dioxide in synthetic aggregates is a major pathway for sustainability.

The Blue Planet process uses waste from the mining industry and the huge waste concrete business as the stock to grow their synthetic aggregates. They’ve not published their trade secrets, but tell us that costs in aggregate poor areas like major metros on the West Coast are already cheaper than mining and hauling in aggregates. 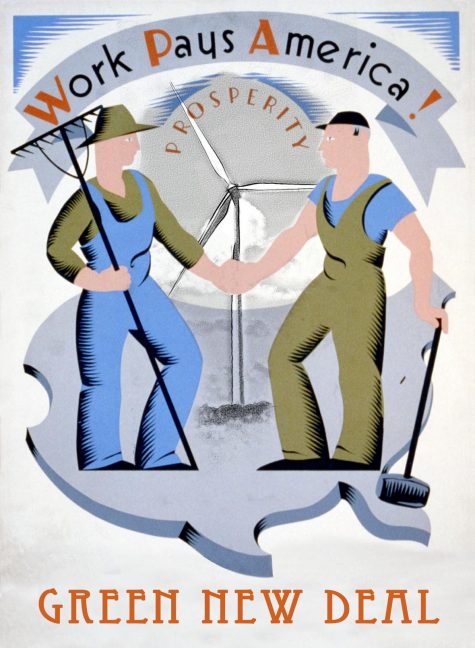 The New Green Deal was made official in December by freshman congresswoman from New York, Alexandria Ocasio-Cortez, or at least a draft text of the plan is now available. If passed, it would establish a select committee that would have authority to develop a detailed national, industrial, economic mobilization plan. The select committee, in consultation with experts and business leaders, will establish the details of the plan.

It’s likely a long shot today but we are seeing momentum build. Many of the things in the Green New Deal are badly needed, not just for climate reform, but for sustainability and justice.

The plan’s goal would be to drive “the transition of the United States economy to become greenhouse gas emissions neutral and to significantly draw down greenhouse gases from the atmosphere and oceans and to promote economic and environmental justice and equality.”

In 10 years after implementation the plan would: 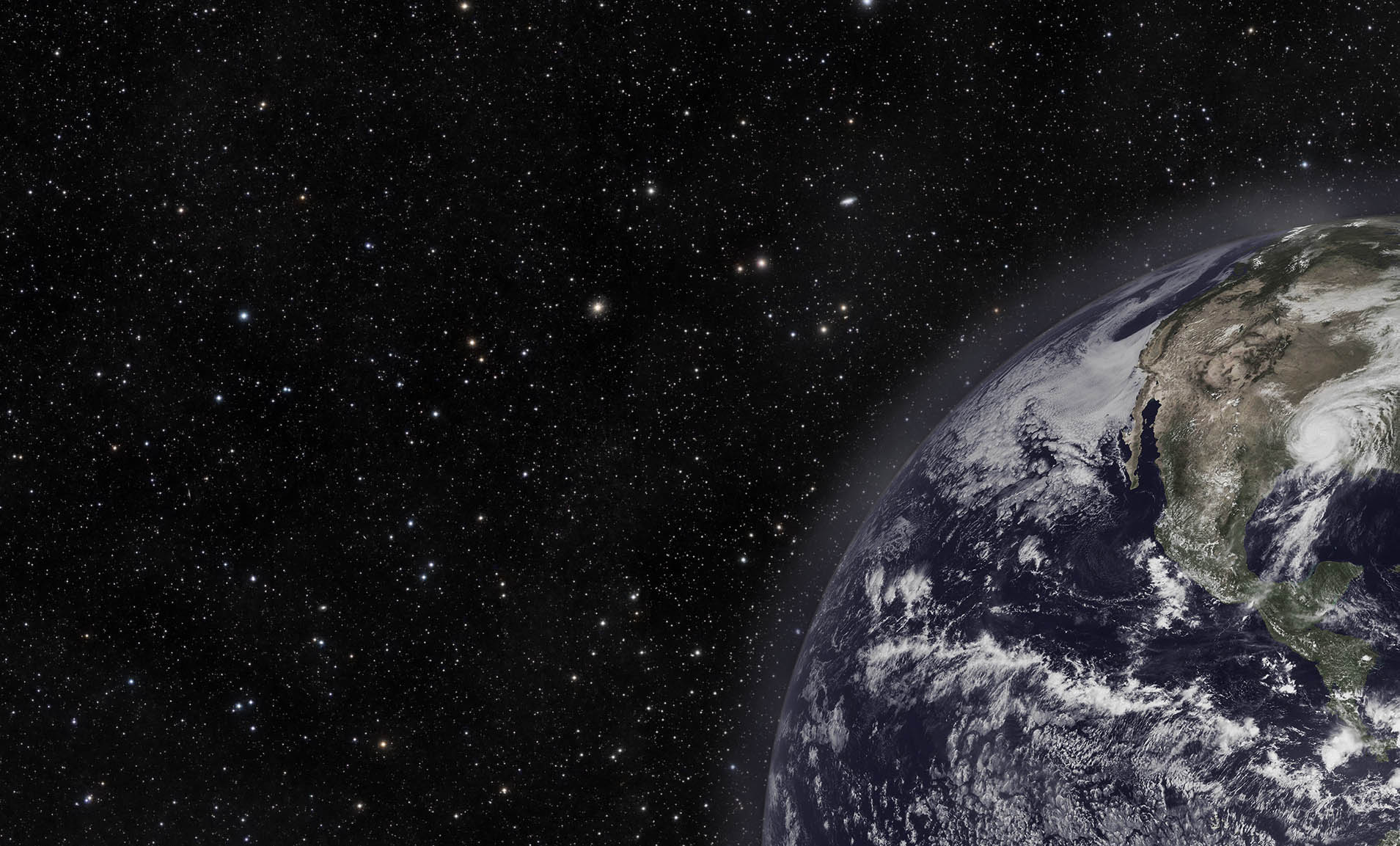 In a rare environmental victory, EPA has decided to abandon Trump’s proposed rollback of the 2015 Haze Rule intended to reduce greenhouse gas emissions and improve air quality from fracking and power plant pollution in some of our nation’s most scenic areas, and everywhere else.

The Interior Departments restrictions on methane releases by flaring on public lands has been ordered to be reinstated.

Earth Justice has filed 118 lawsuits against the Trump Administrations efforts to defile. So far 17 have been ruled on positively. Only one environmental defamation has been allowed to move ahead. Trump’s win rate is only 6 percent, so far. More of the climate details are:

The US court of Appeals for the 4th Circuit struck down approval of a Virginia plan to weaken air quality regulations.  The legal challenge of reopening Arctic drilling has been has been allowed to move forward.

There is good everywhere, even in the bad. One of the most important global warming psychology strategies is to stay optimistic. We can prevail. We can protect and conserve.

Tell your friends. Global warming psychology says that one of the best ways we can increase climate change awareness is through our peers. Talking about climate change increases awareness.