How will Earth’s temperature change in the coming decades?

July 28, 2009 I try not to present too many summaries of climate models in this journal, but a trend is emerging in academia that I need to speak about this review is about an article in Geophysical Research letters by Judith Lynn and David Rind from the Naval Research Lab and NASA GISS. What is going on is that the academics are recognizing, in their publications, the reasons why global warming has slowed in the last six or seven years and and that these things, these naturally cyclical and recognized climate variables, are changing to conditions that will no longer mask the warming that has been occurring right along.

These masks are: the relatively long period where La Nina dominate the southern oscillation, the cool phase of the pacific decadal oscillation and the solar minimum. El Nino is back and he will probably be here more often than not for quite some time.  The recent string of La Ninas and weak El Ninos will likely not be repeated until the next cycle

The Pacific Decadal Oscillation has just moved out of a cool phase and into a new warm phase. 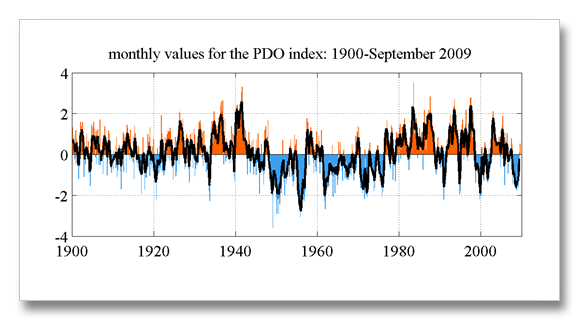 The solar minimum has been at its greatest in over 96 years. The minimum cycle is ending now and the effects of the cooling caused by the solar minimum will soon be gone. 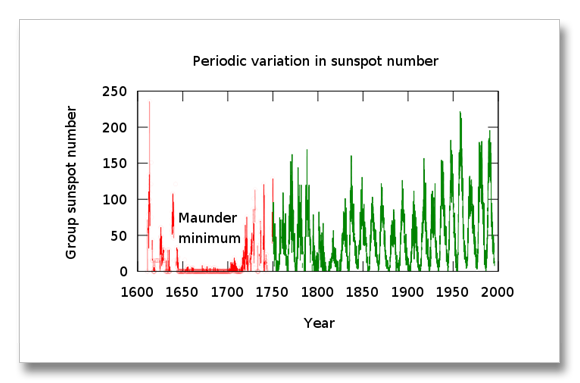 These cycles are ending or have ended now. There is some lag between the cause and effect. For instance, I found a reference to an approximate two year lag involved with the solar minimum.  Once the climate lag has run its course, the warming that these mask have been hiding will return. This is what Lean and Rind talk about in their paper.

Their specific modeling of the return to normal conditions  shows that warming will be 50% greater than anticipated by the IPCC.

This type of thinking seems to be spreading across academia. James Hansen is another that I can lay my hands on a reference, who says that  in another year or two or three, when the warming signal comes out from behind the temporary masks, we will see successive years where global average temperature is the warmest ever experienced, year after year, for many years.