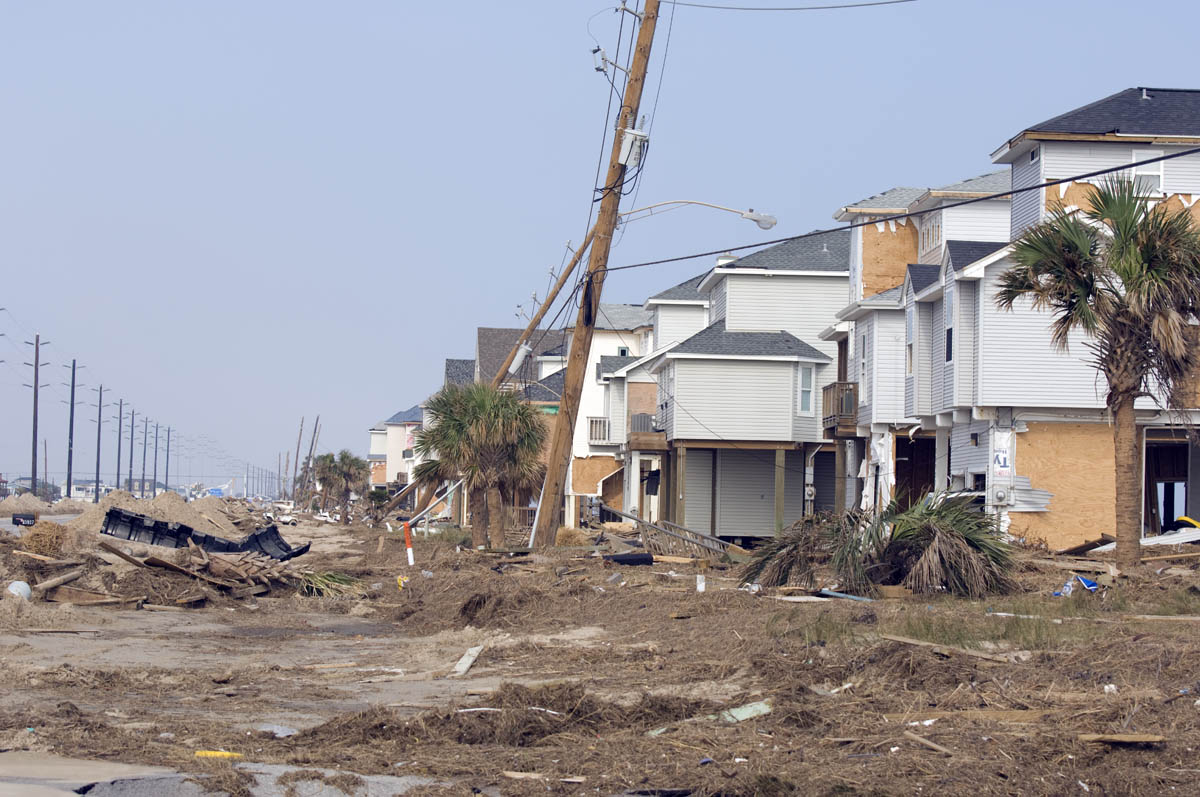 “We can’t tell if this particular weather event was caused by climate change or not.” This is one of the most dangerous climate science statements in history.

Science is based on certainty in statistics. Generally, if there is a 1 in 20 chance, or even a 1 in 10 chance that something is not 100% for sure, we get this dangerous quote from scientists. The concept is based on an event that happens five or ten percent of the time and is directly related to the terms from the Intergovernmental Panel on Climate Change (IPCC) of “extremely likely (5%)” and “very likely (10%)”. It is this “certainty” in science that is getting us into trouble.

Take Harvey for example. Until we get a large number of these massive storms, statistically we cannot be certain the event was caused by climate change. It takes time that we simple do not have. Regardless of the risks, science must adhere to principles of “certainty.” But doctors and engineers are not bound by certainty. Harvey, and Sandy, Ike, Charlie all those record breaking Pacific Cat 5 cyclones recently, these are not normal hurricanes. Though the science says they will get bigger and more extreme with warming, why don’t climate scientists just come out and say the obvious?

What doctors and engineers do to keep us safe is they use professional judgement. They take science and apply it to life using that may not be certain, but it’s certain enough.  A lifelong smoker with cancer; it’s not certain what caused it… Do we wait and see when scientists have been telling us for decades? Do we wait and see if the projections of climate changes are scientifically certain before we act, or do we use professional judgement?

A warmer atmosphere holds more water vapor. A warmer ocean has more energy for a storm’s development. Warmer water evaporates faster, putting even more moisture in the atmosphere. Deeper ocean warming creates less cooling of the ocean surface from mixing caused by hurricane waves. And dynamics: dynamics are those processes like when we look into a pot of water on the stove and see convection, or warmer water from the bottom of the pot rising. As warming increases, the rising air moves faster.

When moist air rises, because the temperature falls with altitude, the moisture condenses into clouds. This condensation releases heat, which makes the air rise even faster, and then moisture condenses faster, releasing heat even faster. This is the hurricane heat engine and warming is a hurricane’s steroids.

All of these things too, happen nonlinearly. That is, a little warming does not create a little more of something with our climate systems, it creates a lot more… like a population explosion. Climate change behaves almost exclusively in a nonlinear way. A little warming puts a lot more energy in the weather, and it all increases like mice breeding.

The most extreme Cat 4 and Cat 5 hurricanes have already been shown to conclusively be increasing in strength and numbers, and are expected to double in numbers by century’s end and total hurricane cumulative energy to increase by 20 percent–based on scientific certainty. Also based on scientific certainty, Antarctica was not supposed to begin losing ice until after 2100 (IPCC 2007.)

As of the 2013 IPCC report, Antarctica has now begun to lose ice (nearly as much as Greenland.) It was not because Antarctica suddenly began losing ice, the first publishing on Antarctic ice loss was in 1996. The reason is scientific certainty. Virtually every climate impact we are seeing is happening ahead of schedule: Arctic sea ice loss, Gulf Stream shutdown, beach erosion, polar subsea methane venting, high altitude and high latitude ecosystem collapse from insect attack and the flip of Amazon from carbon sink to carbon source. All are happening decades to a century or more ahead of schedule, because scientific certainty could not say for sure that these things would happen as they have been happening, when these things were first published.

The Jet Stream and Polar Vortex

The jet stream is a river of air flowing around the earth that is formed by the earth’s rotation. Embedded within the jet stream are waves like those that form because of friction against a moving fluid (mountains and the jet stream). They are like the little ripple waves of sand on the beach and are called Rossby waves in meteorology. These waves “pick up” the jet stream and the two interact with one another creating meanders that we know as the mechanisms that push cold fronts and weather systems around the planet. So literally, these meanders in the jet stream move our weather east to west across the planet, following the jet streams north/south meanders.

For about ten years now, we have known that these Rossby waves are slowed down when Earth warms. It’s because of the difference in temperature between the tropics and the poles and somethings called arctic amplification where the poles warm more than the rest of the planet. It is these Rossby waves that researchers from Penn State, the German Academy of Sciences, University of Minnesota, Duluth, and the University of Amsterdam, have published another in a continuing line of diverse research findings from across the globe that shows slowing and stalling of the jet stream’s march across the globe because of warming. This new work adds to this already established substantial body of research and increases the “certainty” that events like hurricane Harvey were a product of climate change. The far advanced northern location of the jet stream too, a condition created by expansion of subtropical circulation cells (Hadley cells), is to blame as well. The farther north the jet stream is, the less likely steering currents will pick up a tropical system and move it along.

The slowed Rossby waves create stalled weather systems. If they are wet, rainbombs results. If they are dry, drought. Hurricane Sandy made its unprecedented left turn into New York City and New Jersey because of a stalled high pressure system over Greenland that forced Sandy into the East Coast of North America. This “left turn” made by Sandy had literally never occurred before, since records began being kept.

Stalls are not new to hurricanes, but five day stalls are pretty crazy. A normal stall is a day or maybe two. They tend to move along. So with normal hurricane rain math of 10 inches a day, a couple of days stall give us 20 to 30 inches. Stall for two more days and we see fifty inches. Fifty inches, in the Houston flatlands of 2 feet of elevation gain per mile, is a bunch.

The strongest hurricane (by wind speed) ever to hit the U.S. at the time, creating the biggest storm surge ever recorded, was Camille in 1969 with a record 22 foot surge. It struck virtually the exact same spot as Katrina, but Katrina in 2005 had a surge of 28 feet. Hurricane Sandy record shattering impacts in 2012 were caused after Sandy had been downgraded to a tropical storm just before it made landfall. Not even a hurricane, it carried a storm surge of 14 feet, whereas a Category 1 hurricane has a normal storm surge of 4 to 5 feet (a Cat 2 is 6 to 8 feet, Cat 3 is 9 to 12, and a Cat 4 has a normal surge of 13 to 18 feet.) Ike, at Galveston in 2008, was a Cat 2 with a 22 foot storm surge.

Four-foot rainfall events of note are rare, but two of them have happened in Texas; Amelia in 1978 and Claudette in 1979. Both were only tropical storms. Amelia had the all-time North American continent rainfall event record at 48 inches and Claudette had the all-time 24-hour rainfall record of 45 inches. Seeing as both of these storm happened in Texas, one might say Texas is a little bit prone to these events which would likely be a pretty valid statement. But another clue as to the responsibility of climate change lies in the extent of the rains.

Amelia and Claudette created 24 inches of rainfall over an area in the low hundreds of square miles each. Harvey created rainfall in excess of 24 inches in an area of 14,000 square miles, a hundred times more than the previous records.

Words manipulate our thoughts. Was Harvey “enhanced” or “caused” by climate change? Would Harvey have been such an incredible disaster if it had of not stalled, or stalled less? Did the climate change slowed Rossby waves cause four feet of rain in Houston, that would have been little impacted if Harvey had not of stalled? There is a distinct line between a catastrophe and just another weather event. Is it fair to say that climate change only “enhanced” this event? when there is the distinct possibility that it would not have occurred at all without the stall, or the extra warm water, or the extra deep extra warm water, or the extra dynamics?

If you ask climate scientist, or a media person or elected leader, or a plain old scientists who watches the news and listens to what the scientists say, we know what the answer will be. When are we going to begin using professional judgement to communicate the risk that current warming has already created to our society? That yes, current warming is very dangerous and we don’t have to wait for 1.5 or 2 degrees C of warming for it to become dangerous? When too, are we going to change our climate culture from one that only seeks to limit warming to some level that we see now is far too dangerous, rather than returning our climate to a safe and healthy state?