International Geophysical Year (IPY): $1.2 billion in research says climate change is worse than previously understood and will likely get worse before it gets worse. (Preliminary Report) 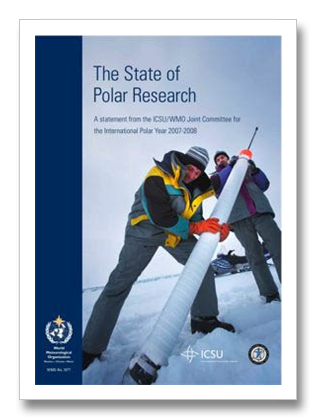 IPY is the largest internationally coordinated planetary research effort in the past 50 years. More than 160 endorsed science projects are included in this report from researchers in more than 60 countries from the period March 2007 to March 2009 to allow for observations during the alternate seasons in both polar regions. The IPY is a joint project of the World Meteorological Organization and the International Council for Science. So far, and the IPY work period is not even over yet, that will happen this march, Some astounding discoveries have been made.  many things that have been rumored, or that have made the "buzz" at conferences can now be said to be scientifically valid.  The following are quotes from the press release:

"IPY has provided a critical boost to polar research during a time in which the global environment is changing faster than ever in human history. It now appears clear that the Greenland and Antarctic ice sheets are losing mass contributing to sea level rise.  Warming in the Antarctic is much more widespread than it was thought prior to the IPY, and it now appears that the rate of ice loss from Greenland is increasing. "

"Snow and ice are declining in both polar regions, affecting human livelihoods , local plant and animal life in the Arctic, as well as global ocean and atmospheric circulation and sea level. "

"Researchers also found that in the Arctic, during the summers of 2007 and 2008, the minimum extent of year-round sea ice decreased to its lowest level since satellite records began 30 years ago. IPY expeditions recorded an unprecedented rate of sea-ice drift in the Arctic as well. Due to global warming, the types and extent of vegetation in the Arctic shifted, affecting grazing animals and hunting."

"IPY research vessels that have confirmed above-global-average warming in the Southern Ocean. A freshening of the bottom water near Antarctica is consistent with increased ice melt from Antarctica and could affect ocean circulation. Global warming is thus affecting Antarctica in ways not previously identified."

"IPY research has identified large pools of carbon stored as methane in permafrost. Thawing permafrost threatens to destabilize the stored methane -a greenhouse gas- and send it into the atmosphere. Indeed, IPY researchers along the Siberian coast observed substantial emissions of methane from ocean sediments."