A note to a friend that has a few things that one normally doesn’t see or hear when climate change and vulnerable island nations are discussed: 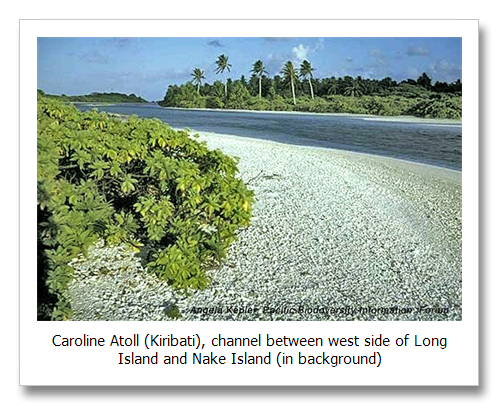 Kiribati (Christmas Island) is a Pacific atoll that is one of the ones that will succumb to sea level rise first.  It was known as Christmas Island in World War II and is about 500 miles NW of Fatu Hiva, of interest from the novel by Thor Hyerdal. The Hiva Group (Marquesas Islands) 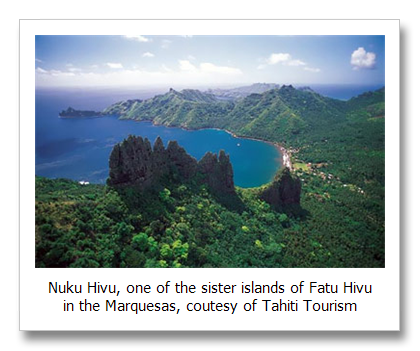 is like Hawaii–very mountainous and young. Kiribati is an old volcano all but gone except for the atoll now. Australia has given $25 million for adaptation, promised to allow Christmas Islanders a permanent home and last year Kiribati bought land in Fiji (about 1,600 miles SE) and their president is advertising for colonists.

One of the big risks with the young volcanic islands like Fatu Hiva is mega submarine landslides. During the last Interglacial (120k yrs ago), Hawaii (a series of mostly young volcanic islands) saw numerous mega landslides that resulted in tsunamis a quarter mile high–from actual evidence; massive ocean deposition/coral blocks and such tossed up that high. The modeled height is about a half mile (2,600 feet) from one of the biggest submarine landslides in Hawaii. The reason is theorized to be high sea levels during the interglacial warmth…

See also, March 3, 2011: Climate Quake – Think There is No Way that Climate Change Could Cause Earthquakes?
https://climatediscovery.org/climate-quake-think-there-is-no-way-that-climate-change-could-cause-earthquakes/