Losing Bangladesh, and What it Means for You and Me

There is surprising new sea level rise news coming from the UK and Bangladesh is in trouble. Bangladesh is a tropical monsoon nation that gets hit by cyclones on average 16 times per decade.

A cyclone struck the southeastern coast in May 1991, killing 136,000 people. One to one and a half meters of sea level rise will impact 15 to 18 million people. But this is using simple sea level rise math. Bangladesh sea level rise anything but simple.

Subsidence is a significant part of life there like in many coastal areas around the world. Resource extraction and coastal marsh starvation are just two of the major reasons why. Now they have climate change to compound their rising sea level challenges.

Because Bangladesh is sinking fast they are diking their waterways and pumping out the wet spots so that life can go on. Sort of like New Orleans except without the money (what little money N’Orleans has…). A number of things happened when one dikes a natural waterway. Most of these evolve around decreasing the friction of that waterway to tidal movement or freshwater flows from land to sea. Subsidence too, decreases friction. 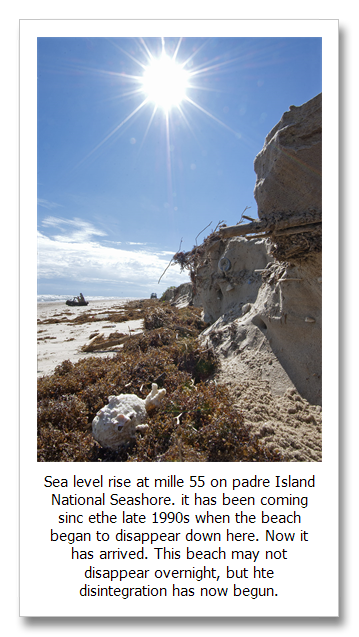 What these researchers have found is that all of this decreasing friction will allow sea level to rise a lot more than normal—three times more. This is called sea level rise amplification.The normal sea level rise rate today is 2.8 to 8.8 mm per year in Bangladesh. But this is the average. When decreasing friction is taken into consideration, and it certainly should be, the rise rate jumps to 17 mm per year. The reason is the tide range is increasing. The high tide is getting higher much faster than the low tide is getting higher. This is called tidal range increase. When you grease the skids, the load moves a lot faster.

Because damage from increasing sea level is caused by the highest sea level reached, it’s not the average that matters.

This is a common challenge with climate science, the average global temperature change projection is an excellent example. globally we can expect five or more degrees C of average temperature change over this century. But because Earth’s surface is 70 percent water, and water has a much higher capacity to absorb heat than land, warming over ocean will be much less. In other words, warming over land will be much more. How much more? At least twice as much. That small five degrees of average global warming has now changed into ten degrees C or 18 degrees F over land.

So besides for this terrible misunderstanding, or very poor way of communicating science, what does this mean for you and me?

Impacts as extreme as those that are suggested by the increases in average sea level or temperature or most other things climate) will happen long before the average  happens. then when the average does get here, it will be overshadowed significantly by the extremes that are associated with the average.