This mega effort by the US Geologic survey created a map of the Antarctic Peninsula Ice Shelves and their retreat during the study period. The report summary quotes "The map portrays one of the most rapidly changing areas on Earth, and the changes in the map area are widely regarded as among the most profound, unambiguous examples of the effects of global warming on Earth." The map is shown to the right and can be seen in great detail following the links at the bottom of this discussion. Insets are shown from a few of the retreating ice shelves below. 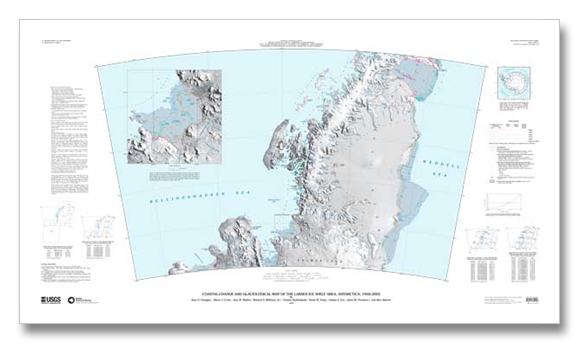 The USGS map shows the central part of the peninsula, centered on the Larson Ice Shelf. The general map below shows the Antarctic Peninsula in relationship to the rest of the continent.

Over 7,200 individual measurements of ice-front location were made on 174 glaciers during the study period. The study showed a general and widespread advance between 1940 and about 1960 followed by a general retreat in the 1960s and 70s. The retreat became more pronounced in the 1990s and accelerated further in the late 1990s. of the 174 coastlines that were measured, 82 percent or 142 showed retreat. The following image is an enlarged crop of the USGS map. The Larson is on the right, the Wordie is in the square box on the left. 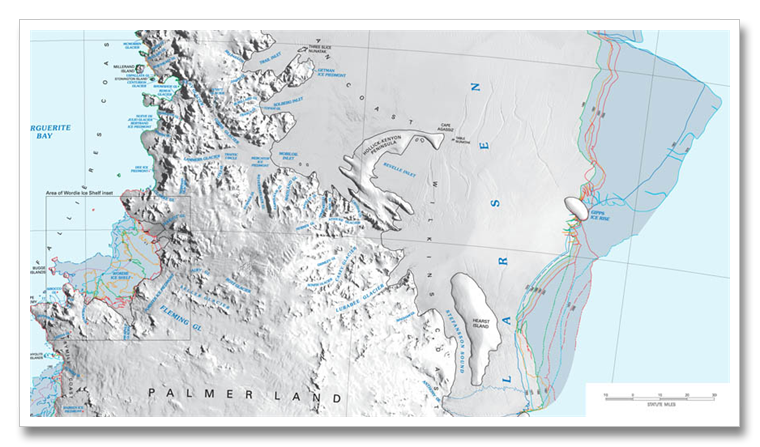 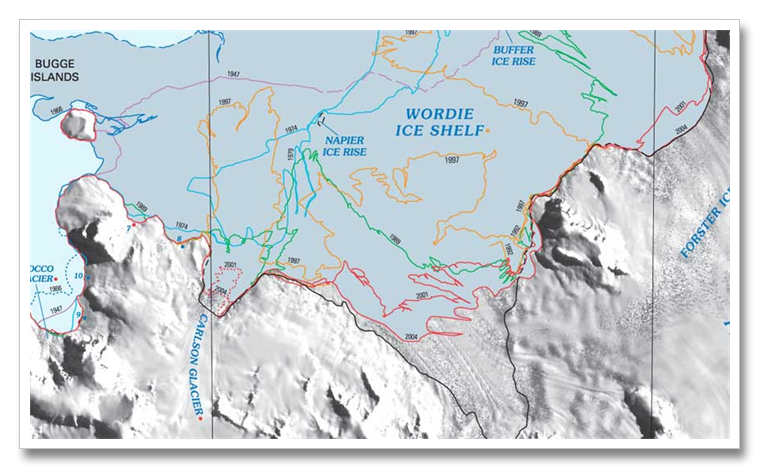 The Larson A, the smallest of the three Larsen Ice Shelves, disappeared in 1995. Larsen B, the size of Rhode Island, disintegrated, literally, in 28 days in 2002. Meltwater had filled the thousands of crevasses in the ice shelf and the weight of the water in the crevasses acted like wedges to force the cracks through the 700 foot thick floating ice sheet. 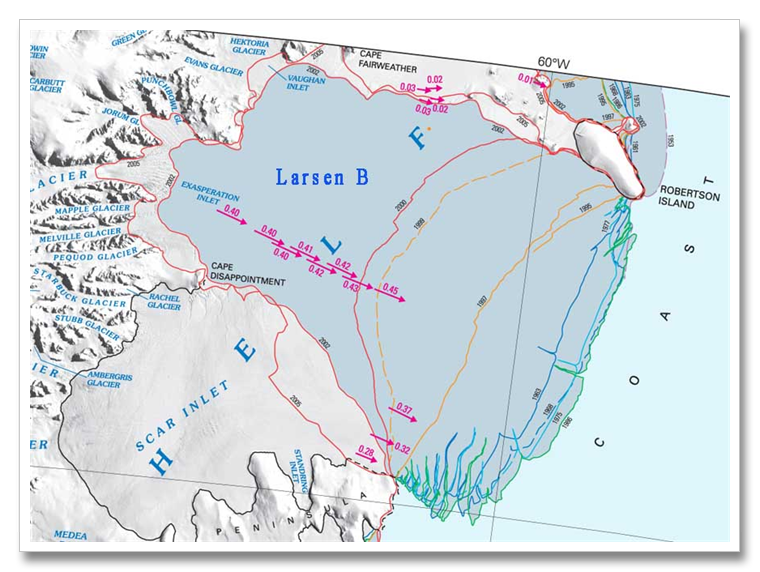 The Larsen C is now starting to show melt on the surface in summer, and the bottom is melting from warming ocean temperatures.  It is anticipated that the the Larsen C may last another decade. It is the size of Vermont and New Hampshire combined.

See the discussion of the disintegration of the Wilkins Ice Sheet (the size of Connecticut), not far from the Wordie to the south west at the April 25, 2009 discussion.