January saw the lowest recorded sea ice extents in the Arctic and a hyperactive jet stream that just kept on pummeling the eastern half of the U.S. with one major winter storm after another. Oddly enough, some of the lowest Arctic sea ice concentrations were seen in areas closest to the U.S. in the Labrador Sea and Davis Strait between Canada and Greenland.  Even Hudson Bay did not freeze over completely until mid January. Normal freeze-up is mid-November. 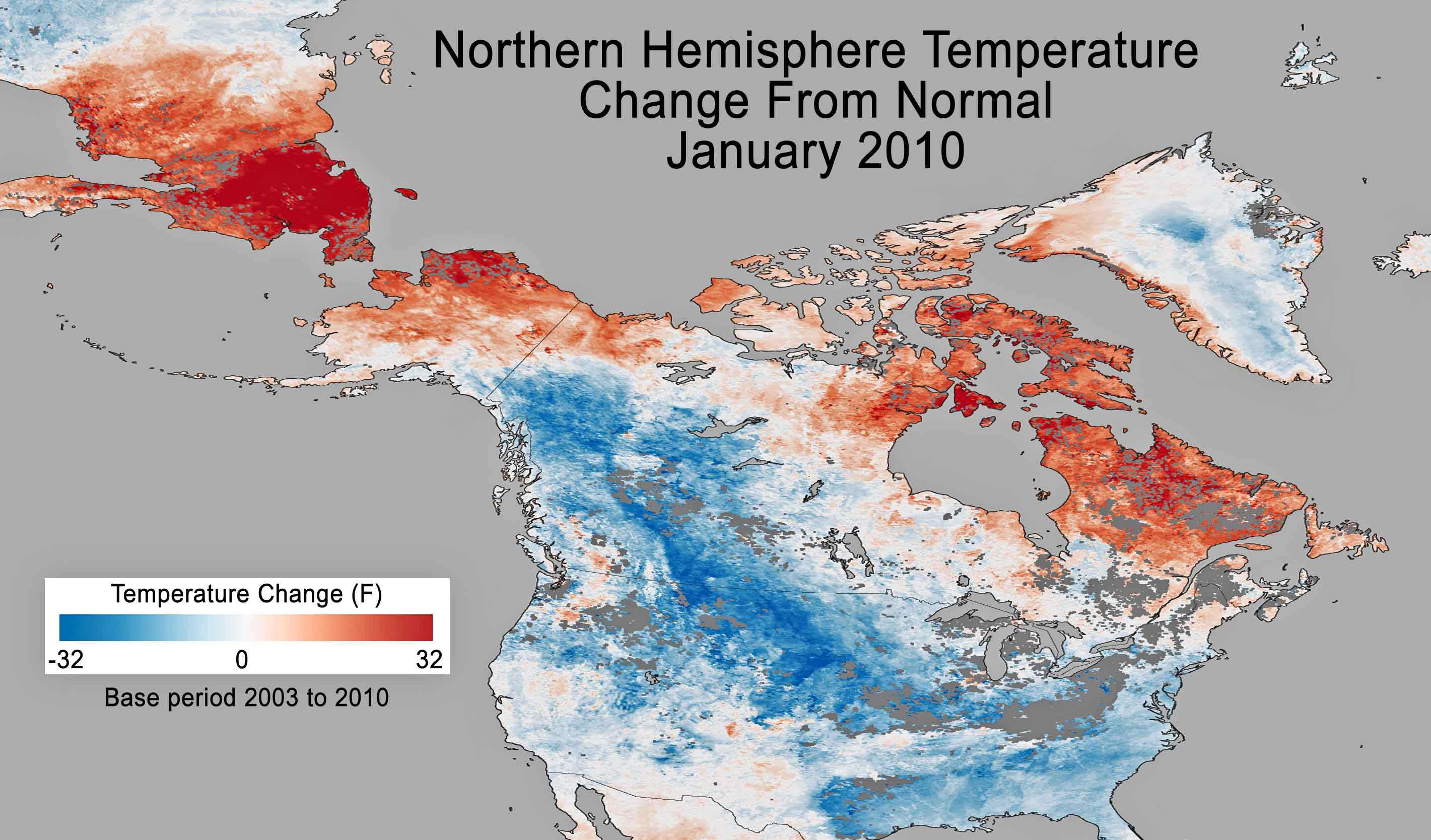 So what is going on?  The climate models have been telling us this for decades. The climate scientists have been warning us that winters on a warmer planet, at least for several decades, will produce bigger, meaner snowstorms.  The reason is that warmer air holds more moisture, a warmer climate is holds more energy and a warmer Arctic increases the energy in the jet stream. So the warmer Arctic air is more easily pushed south by the enhanced jet stream giving much of the mid latitudes relatively colder weather (warm for the Arctic is still cold by most standards.)

The U.S. had the 5th largest snow cover recorded on January 12, but even so, it was so warm in the Iqaluit Territorial capital of Nunavat in far northern Canada of Iqaluit, the locals had to cancel their New Year’s snowmobile parade.

Counter intuitively, all of that snow made it seem like we were getting a lot of moisture. But generally, 10 inches of snow equals an inch of rain.  The U.S. had a very dry January, typical of a La Nina January. Overall it was the 9th driest January in the 117 year record.

With all of that snows, temperatures in the northeast were cool, but a long way from record territory.  For the eleven northeast region states, the average January temperature ranked from 26th coldest (West Virginia and Maryland) to 72th coldest (Maine).

Globally, 2010 tied 2005 for the warmest year on record. This leaves the super El Nino year of 1998 now in third place. The 2010 record was even reduced by the La Nina that developed in early last summer.