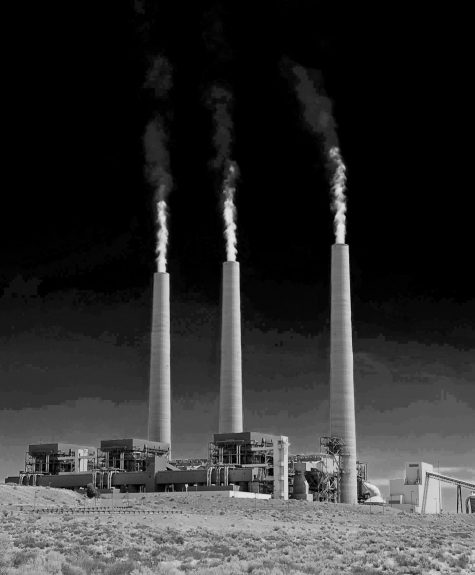 And they also say that Elvis is not dead. But alas… the answer is no, we are not saved. Things are actually getting worse because of the so-called “flattening emissions.” This needs to be said over and over: the only way to treat the vast amount of long-lived warming pollutants already emitted into our sky is to remove them.

This panacea over “flattening emissions” is all because of fracking. We are replacing coal with natural gas which produces more energy per unit of global warming gases than coal. It “appears” that emissions are flattening, but should we be measuring our climate heatlh through the emissions of a single warming gas? No absolutely not. thjisis a multifaceted global science project that demands a deeper evaluation.

Measuring climate pollution progress twenty-five years ago via CO2 emissions was appropriate; 1) because it was feasible back then to maintain a healthy climate through emissions reductions alone and 2) we didn’t have a clue about global cooling pollutants and their mechanisms.

Global energy intensity per person continues to climb and more bad news is that the rate that models use is only about half of actual. Which wouldn’t be so bad because coal is being replaced by natural gas at a significant rate–allowing this apparent flattening trend.

Complicating the US picture, the US trend is masked by offshoring. About 10 percent of US emissions for goods and services consumed in the US were emitted in other countries, and not required to be reported in US emissions.

Most troubling however is the fracking natural gas phenomenon. For every unit of coal energy produced, 57 percent of the warming created by that coal is masked by global cooling sulfates emitted alongside of coal’s warming pollutants. Stop burning coal and that masked warming is unmasked.

Because the global cooling pollutants are short lived (sulfates–smog), in the time frame that these pollutants exert an influence on net warming (20 to 50 years), whenever we stop burning coal, as counter intuitive as is sounds, we experience about 14 percent more warming than if we did nothing.

So replacing coal with natural gas, while a good thing in the greater than 50-year time frame, is a bad thing in shorter term time frames. Because natural gas emits more cooling pollutants than solar or wind, converting to alternatives likewise results in even more warming than switching to natural gas–in the short-term climate time frame.

This illustrates the need for atmospheric capture of CO2. Nothing we can do reduces warming in the most important short-term time frames, except lower the concentration of warming pollutants already in our atmosphere.

We have a lot of work yet to do. The director of NOAA’s Oceans program last week warned of 10 feet of sea level rise by 2050 because of collapse of the West Antarctic Ice Sheet. Why so much? We’ve known about these dynamical collapses for twenty years but the consensus position–that policy is based upon–only validates climate science that can be recreated through modeling. Ice sheet collapse modeling is still in its infant stages. That we have not based more policy on evidence is one of the reasons why I am where I am with environmental leadership today.

At a place called Xcaret on the Yucatan, there is evidence of a 6 to 10 foot of sea level jump in what the authors say was 100 years. But their findings showed the jump took place on one to two lifespans of elkhorn coral, which is 10 to 24 years. The author ignored the specifics of my question when posed to him and restated his findings of 100 years. To illustrate the importance of 6 to 10 feet in 10 to 25 years, the Larsen B ice shelf collapsed in 40 days in 2002.