Twelve dust storms this spring have coated the southwestern Rockies with dust speeding snowmelt by 35 days earlier than average. The faster snowmelt will lead to decreased runoff later in the season, a climate change prediction that is being realized all too soon. The dust storm frequency was a bit unexpected however. 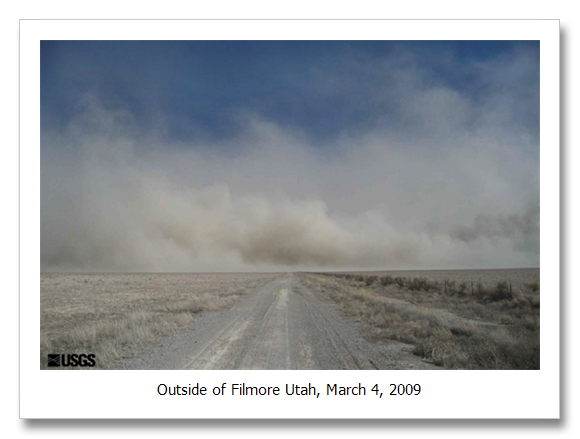 In the entire year of 2003, four dust storms hit the Rockies.  Eight have occurred in each of the last three years, and 12 just this spring alone. The increased snowmelt  is caused by the dust heating up as it soaks up the sun light energy.  Snow reflects up to 90% of the sun’s energy, dust absorbs over 70% of the sun’s energy and turns it to heat.