CO2 Emissions Rise a Whopping 6 Percent! Emissions in the U.S. rose 3.2 percent from 2009 to 2010, but they were still 3.7 percent below 2008 levels. This was not the case across large parts of the developing world.  While many areas in Europe were mirroring U.S. emissions, many developing nations saw emissions skyrocket. When I first saw the Associated Press (AP) article describing the new U.S. Energy Administration’s greenhouse gas emissions data for 2010, I was in disbelief. It was not that I did not believe the Energy Departments numbers, I couldn’t find them! All I could find was link after link to the AP article on this whopping 6 percent increase in greenhouse gas emissions in 2010. I simply did not think the world economy had recovered enough to double the previous growth rate of greenhouse gases. 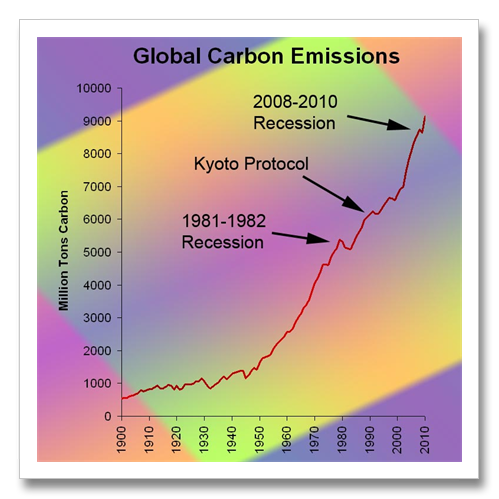 I thought the numbers might be right, but I thought I new that the source of gases was not what the AP article said. The AP said it was human emissions. I simply did not realize how robust developing nations across the world are.  This recession thing is something manufactured in the developed world by out of control moneyed interest. It simply has no effect on the developing world.

What I assumed when I first read this piece was that that the real source of this increase was feedback from global forest die-off, methane clathrate venting in the Arctic Ocean and greenhouse gas release from permafrost melt. I did not have the source document from AP. Their link did connect to the home page for the U.S. Energy Administration, but there were no press releases and no indication of the source document from AP used in their story. The Associate Press, in my experience, rarely gives decent references. Fortunately, my mind only ran wild for about 24 hours and I did not publish anything with my assumptions. It is the rest of the story that is important her and it has to do with those feedbacks I mentioned at the beginning of this paragraph.

I am slowly coming to realize the scope of climate changes happening right now across the globe. The two droughts in the Amazon, responsible for emitting 75 percent of the total greenhouse gases emitted by the USA every year, was a jolt of reality. The author of the paper that does the math on those emissions estimates that over 2 billion trees were killed. The flip of the Amazon ecosystem from carbon sink to carbon source was not supposed to happen unless we did  nothing to limit our greenhouse gas emissions and then it was a consideration for the distant future with significant uncertainty. But It has now happened. The Amazon has flipped from one of the most important carbon sinks on the planet to a carbon source nearly the size of the United States.

My work with forest issues and climate change has reveled an enormous amount of information that is virtually unknown by everyone except a very few specialists. A great example of this is the relative size of the Amazon’s actual carbon sink. Most believe it is the most important forest of its kind and that tropical forests are the single most important carbon sink on land. The Amazon specifically and tropical forests in general  are the most important forests on Earth relative to diversity. The ability of a tropical forest to absorb and store carbon however pales in comparison to that of the great northern forest. 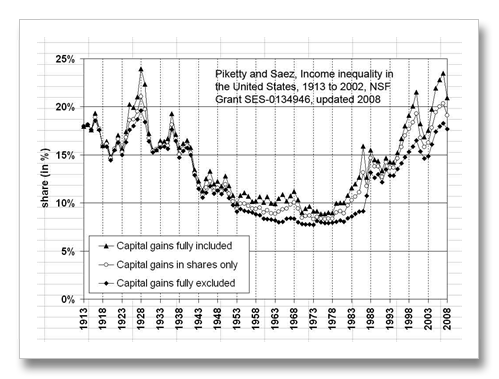 A report by the Canadian Boreal Initiative in 2009 tells us that the great northern forests of our world contain almost twice the carbon as do tropical forests. Even though tropical forests cover about the same the land area of boreal forests (15 million sq km each,),  the carbon content of the boreal is nearly twice that of the tropical forests. How can this be? It’s the northern soils. It is fairly well known that most tropical forests exists on very poor soils. Nutrient cycling in the tropics is really fast. Forest debris decompose very rapidly and are constantly cycled from tree to dead wood and forest litter and back again.

The boreal forest has a much slower carbon cycle. As a consequence, forest litter does not decompose nearly as fast. Slowing things further, northern forests are frozen for some to eight months or more of every year. In addition, much of northern forests are underlain by permafrost. Permafrost contains an enormous amount of dead, partially decomposed organic material that is a semi-permanent state of storage.

Estimates of tree mortality from the little drought here in Texas are at up to a half billion. Estimates of tree mortality from the 64 million acres of beetle kill in the Rockies range from 2 to 8 billion. Scientists in Alaska tell us that the forest death there from fire that has increase four times above the 20th century average is greater than all of the fires in Canada for the last 40 years. The Weather Underground tells us that the great drought in Central Russia last year was possibly a once in 15,000 year event.

Forest die-offs in the tens of millions of acres are happening across the globe. It’s highly possible that 8 to12 billion trees have died across the planet in the last decade, because of climate change, most of them in the last five years.  These trees were now emitting greenhouse gases instead of absorbing them. If we look at these 8 to 12 billion dead trees in a similar way as we look at the emissions from the dead trees in the Amazon, we are talking about emissions roughly equal to the total annual global man caused greenhouse gas emissions.  Exactly enough to double the greenhouse gas emissions rate over the trend of the last decade or tow, like what the AP reported. 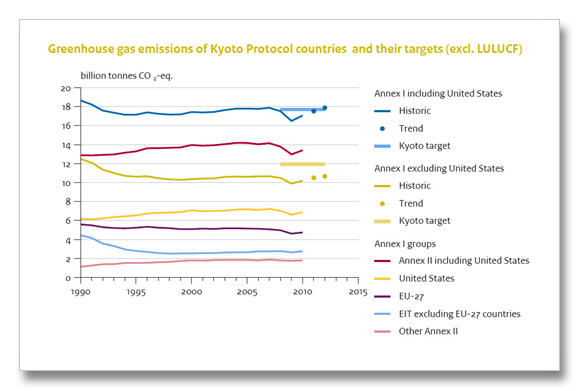 Very few numbers exist for exactly how much these emissions amount to, except for one evaluation of the Amazon. So my guess could be off by a lot.  But even if it off by a lot, the Amazon is still emitting nearly as many greenhouse gases as the United States.  The rest of the forest death across the planet is real. it is likely that new emissions — feedback — from dead forests are already the biggest emissions source on the planet.  I don’t make predictions often, and I really don’t like to draw my own conclusions. My work is about reporting the breaking climate science discoveries, not creating them. but this case is different. I have don’t a lot of work with forest across north and Central America.

Because it takes a while for the data to be collected and deciphered and written up and peer reviewed and rewritten and re reviewed – then queued up to be published, I think the findings will follow, but it may still be some months or longer before the publishing actually happens.