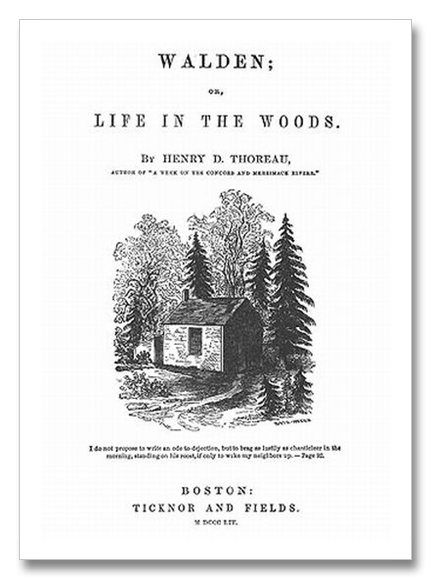 This was a very interesting study. Harvard University scientists have compared the meticulous notes kept by Thoreau’s at Walden pond to the site today. Their results show that climate change has had a definite impact. In a prepared statement, one of the authors  (C. Davis) says "These results demonstrate for the first time that climate change likely plays a direct role in promoting non-native species success … they highlight the importance of flowering time as a trait that may facilitate the success of non-native species. This kind of information could be very useful for predicting the success of future invaders." Thoreau’s recordkeeping comes from 150 years ago, at a time when modern climate change had not begun to have any impacts on native landscapes and invasive species were relatively unknown. The average temperature around Walden Pond has increased by 4.3 degrees Fahrenheit, causing some plants to flowering time by as much as three weeks early. The study also found that 27 percent of all species Thoreau recorded from 1851 to 1858 have become locally extinct, and 36 percent are so rare that extinction could be imminent.