Unprecedented Drought Projections: Significantly Worse Than in the Last 1,000 Years in the American Southwest and Central Plains 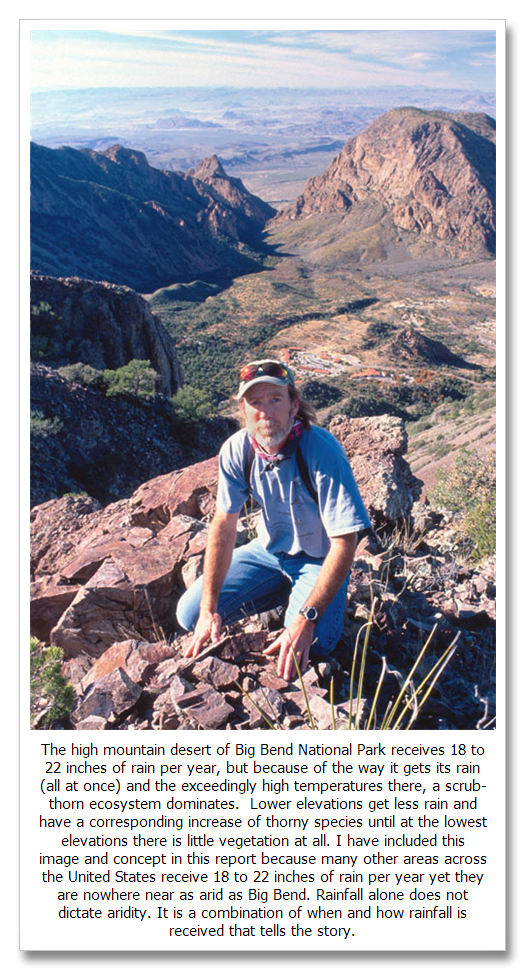 Produced by researchers from NASA’s Goddard Institute for Space Studies, Columbia’s Lamont Dougherty Earth Observatory and Cornell, the projections are dire, but the wording of the projections and the actually results of the research are alarmingly disconnected.

This work represents what is basically the latest and most advanced evaluation of climate modeling in North America and the projections are not good at all. The last two sentences of the abstract: “Notably, future drought risk will likely exceed even the driest centuries of the Medieval Climate Anomaly (1100–1300 CE) in both moderate (RCP 4.5) and high (RCP 8.5) future emissions scenarios, leading to unprecedented drought conditions during the last millennium.”

These two sentences reinforce previous research and add even more urgency with results that show drought worse than than anytime in the last 1,000 years. But what came next in the paper far, far exceeds the simple and what will be easily understood as understating wording of “unprecedented drought conditions during the last millennium.”

The image below — Palmer Drought Severity Index: 1000 to 2100 AD shows how this index (PDSI) has and will respond to climate change, beginning in 1850. The PDSI is basically a soil moisture index that looks at several months of data. It was developed for agricultural interests and evaluates moisture in about the upper foot or two of soil. A negative 4 value is extreme drought and this value compares well to the long-term average of the Dust Bowl and the Drought of the 1950s in Texas.
The tremendous plunge that the PDSI takes, and has even taken so far in the 21st century imparts a meaning that surpasses unprecedented.The contradiction between the language used in this research and in science in general and climate science even more so, is that between 2050 and 2100, the PDSI will not only be unprecedented, but it will be significantly worse than anything we have encountered in the last 1000 years. Simply stating that this is unprecedented imparts an understanding of our coming climate that misses the magnitude of the extremeness of drying to come.

Another very important aspect of coming drought that was briefly described in the caption for the first image needs further discussion. Drought is not caused by lack of rainfall alone. When temperatures warm, evaporation increases and evaporation is not linear with temperature change. In other words, a little warming creates a lot more evaporation. A little warming also produces a longer growing season which increases soil moisture use as plants use moisture over a longer growing season. Warming also creates more plant stress and plants use more water and critically, warming often results in longer dry periods with rain coming in shorter but more intense cloudbursts (like in the Chihuahuan Desert of Big Bend National Park). 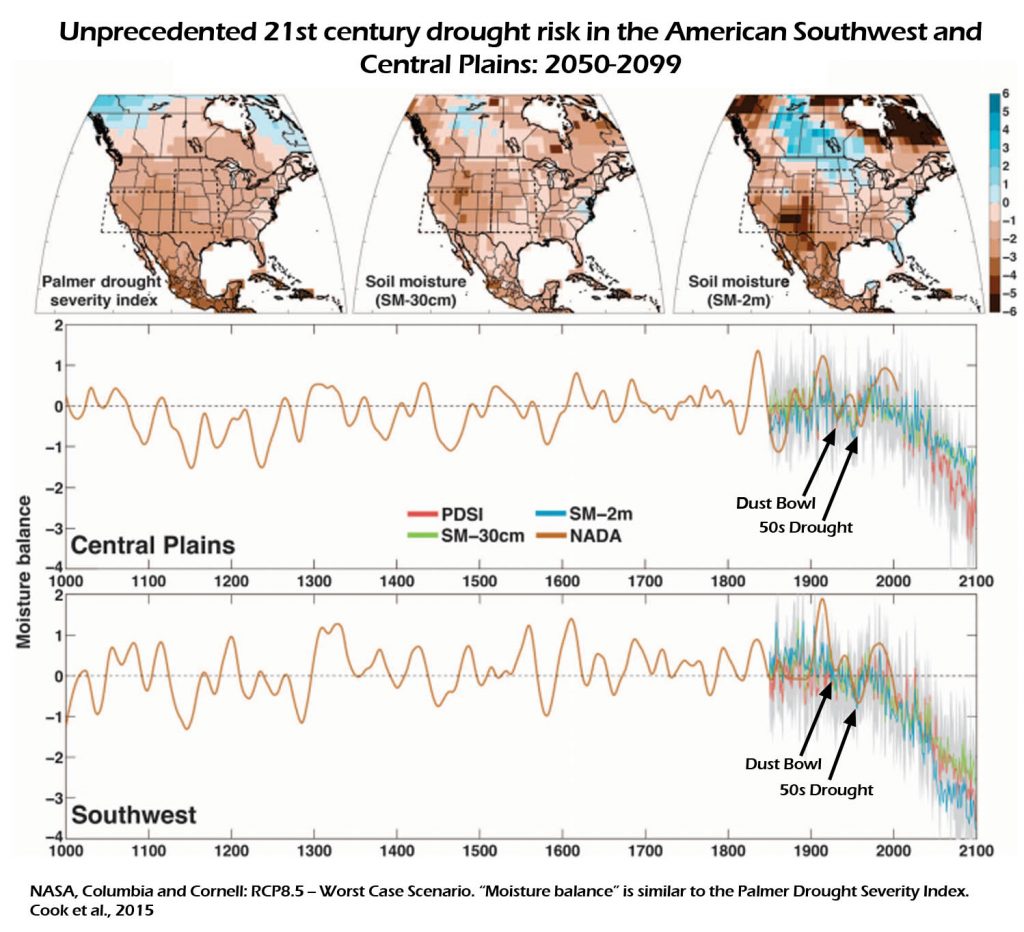 With longer dry periods, deep soil moisture decreases. Less soil moisture means that when it does rain, more soaks in and less runs off. This leads to another kind of drought that we are experiencing across the nation: a lake level drought. These longer dry periods actually short-circuit the hydrological cycle where water evaporates, rain falls and runoff flows to our lakes or the sea. What rain does fall, with deeper soil drying it gets trapped between the soil and the sky and never runs off into our streams and lakes, much less the oceans.