Sounds good?  More king crab is always good! Except when you are the vast southern oceans biologic community that has not seen claws or pinchers for forty million years. This development has been caused by a warming southern ocean, that is of course attached to the rest of the world’s oceans that are warming because of climate change.  The southern ocean (in the area of this study) has warmed about one degree. This is enough to let the crabs move in. 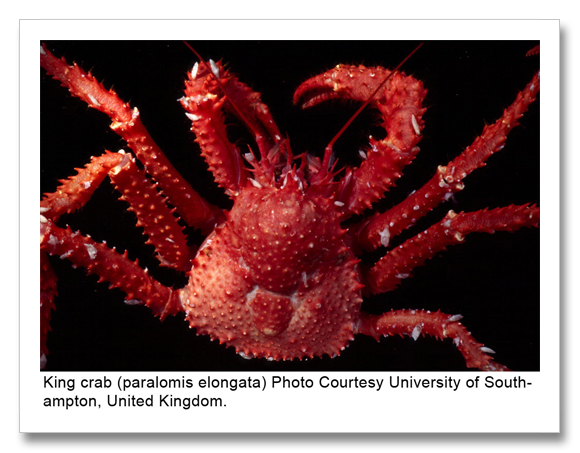 The results will likely be a rapidly exploding crab population as they exploit the existing food sources that have no defenses against crabs. The crab population could then easily create an extinction event for the crabs favorite food, or not, it is hard to tell what actually will happen.  In instances similar to this in other areas, the extinction event often occurs, or at least, a vastly different ecosystem is created.

In the "big picture", this is all just another part of life. These kinds of changes have happened uncountable times across the planet as Earth’s climate has change in the past.  But in the past, Earth did not support 7.6 billion Homo sapiens, dependent upon her for natural resources and ecosystem services like those found in the southern ocean.

A great cold sea surrounds Antarctica and is corralled away from the rest of the world’s oceans by a massive circular ocean current that completely encloses Antarctica.  Inside this current, called the Circumpolar Antarctic Current, life is cold, really cold. Outside the current things are cool, but nothing to write home about.

What important ecosystem services?  The Antarctic ocean provides one of the greatest primary productivity areas in  the world. This means that a significant portion of world carbon sequestration and oxygen production comes from there. Will this change impact those services?  Likely. Good or bad? Can’t tell yet.