World Bank on Climate: "Turn Down the Heat" – Is It Really This Bad? by Bruce Melton 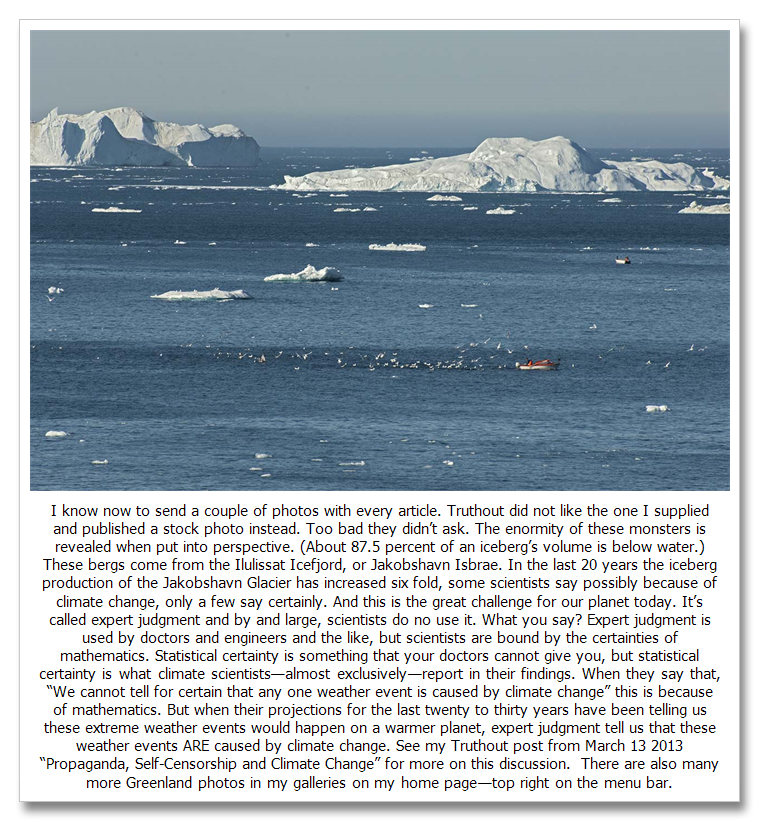 Published on Truthout.org January 11, 2013: As incredible as it sounds, the effects of climate change are worse than the World Bank Report says in its latest report: “Turn Down the Heat: Why a 4 degree C world Must be Avoided,” a summary of the latest findings in climate science.  Much of this work is based on 1998 climate change scenarios and the Intergovernmental Panel on Climate Change consensus position from 2007. Because science takes years and years to happen, a lot of this research is based on a world where Kyoto was still a part of the deal. But in our world today, instead of working on climate pollution emissions reductions, we are now emitting more than was imagined in the 1998 worst-case scenario. Even though much of the work in the World Bank Report is the latest and greatest, it is still largely based in research on one of the “middle-of-the-road” climate change scenarios. (Link to Truthout.org)

Turn Down the HeatWorld Bank Report