Predictable, the voices are rising as Arctic sea ice melt season peaks. Gore did not say “2013.” He said as soon as 2013. The scientists he quoted were led by sea ice researcher named Wieslaw Maslowski at the Naval Post Graduate School in Monterey, California. Their research is funded by the Department of Energy (DOE), the Office of Naval Research (ONR), the National Science Foundation (NSF), the National Aeronautics and Space Administration (NASA), and the National Oceanic and Atmospheric Administration (NOAA). 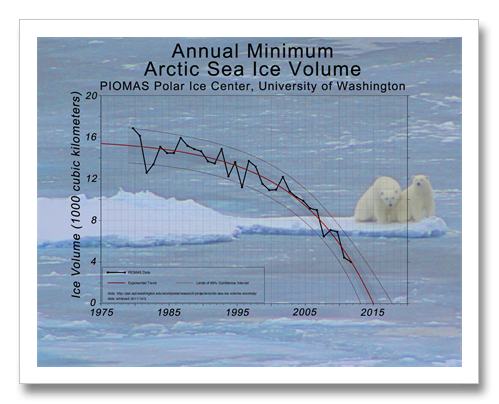