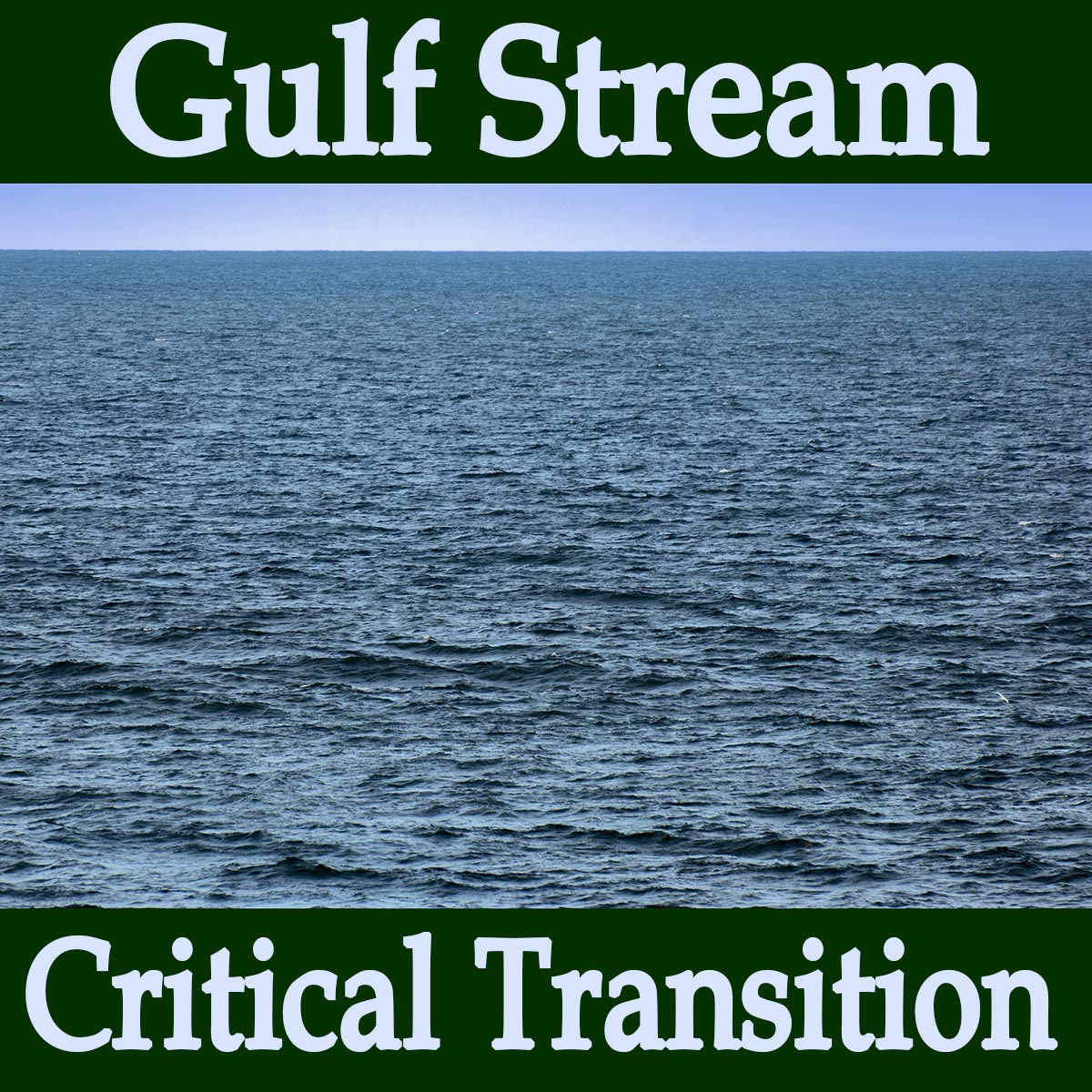 For nearly 20 years, the collapse or slowdown of the Gulf Stream has been speculated upon as more and more evidence shows it has begun. All the while, very strong response  from the general body of consensus climate scientists has been that the Gulf Stream either is a long, long way from collapsing, or will certainly not do so in our time. But, like the Intergovernmental Panel on Climate Change projection  from as recent as 2013 that Antarctic ice loss would not begin until after 2100, and now Antarctica is losing ice; Gulf Stream collapse is now active.

By downplaying these risks with continued assertations that Gulf Stream collapse is not possible in time frames that matter, climate science once again may have provided an extraordinary example of deadly reticence. Existential is forever. We cannot continue to ignore these early warming signs as more and more are revealed.

Nikolas Boers, at Germany’s Potsdam Institute for Climatic Research, found that “significant early-warning signals are found in eight independent AMOC [Atlantic Meridional Overturning Circulation or the Gulf Stream] indices, based on observational sea-surface temperature and salinity data from across the Atlantic Ocean basin. These results reveal… in the course of the last century, the AMOC may have evolved from relatively stable conditions to a point close to a critical transition.”  Boers says the Gulf Stream is at its lowest strength in 1,600 years. (1)

A foot or more of sea level rise could be realized on the US East Coast as the Gulf Stream fails. The “cold blob,” implicated in the stall of the Gulf Stream, is the only place on Earth that is not warming because of cold freshwater runoff pooling in the North Pacific from melt on the Greenland ice sheet running off into the North Atlantic. and because cold freshwater is lighter than warmer salt water, it floats, literally blocking the flow of the Gulf Stream. (see Global Warming Hole)

Boers looked at a Gulf Stream slowdown through these eight indicators and found a reduction of about fifteen percent, like other researchers have also found. The importance of this work is it extends the uniqueness of this slowdown back as novel in the last 1600 years. The researchers tell us, “Critical transitions between different equilibrium states of natural systems are preceded by characteristic properties of the fluctuations in the systems’ dynamical behaviour that are referred to as critical slowing down.” These indicators are like the canary in the coal mine. The canary is now dead. 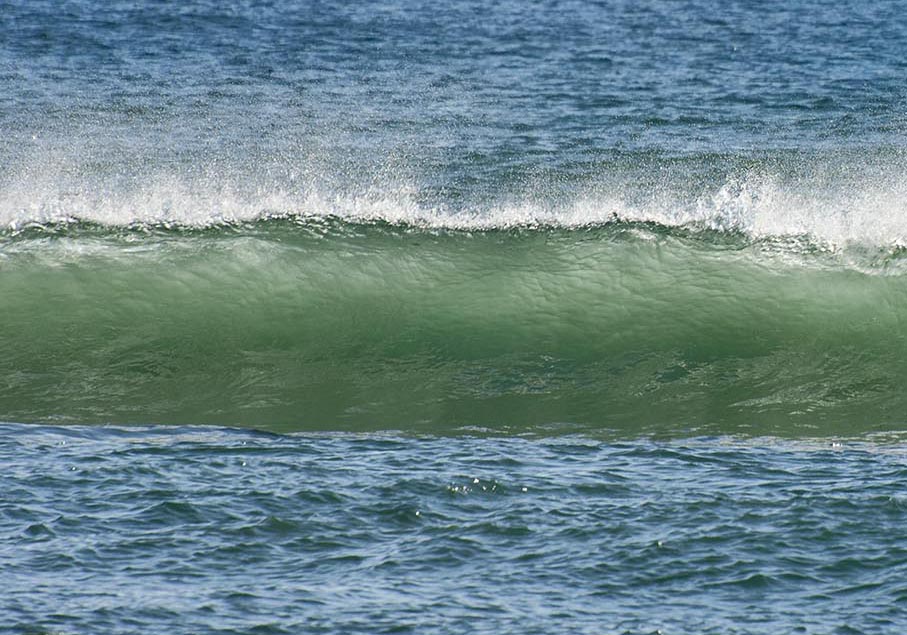 Long assumed to be immovable, the Gulf Stream collapse has now been considered to be active (Lenton 2019)

These abrupt changes start slowly but they don’t stay that way long. They proceed like a river moving towards a waterfall. It moves faster and faster as it gets closer to the brink, then freefalls into the abyss. Earth systems have different stable states and they flip like this, from one stable state to another very quickly. The phase state change between ice and water is a good example. It takes 279 times more heat to melt ice from 32 to 33 degrees F, than it does to warm the same amount of water from 33 to 34 degrees. once all that extra 279 times more heat has been invested, the ice suddenly, abruptly and irreversibly changes into water.

Ceasar 2021 says the slowdown is unprecedented in the last 1,000 years and it is likely linked to human-caused warming. The Gulf Stream started to decline after the little ice age, and began a stronger  and faster decline since the mid-20th century.  Ceasar 2021 found a similar 15 percent decline as other studies but for the first time provided a long-term evaluation previously missing in earlier works.

Dr. Andrew Meijers, Deputy Science Leader of Polar Oceans Program at the British Antarctic Survey, commented on Caesar 2021, “Other studies have suggested such a decline over recent decades, but this work provides new long term context and reveals that prior to the era of human induced climate change the Atlantic overturning circulation was relatively stable and stronger than it is now.  This indicates that the slowdown is likely not a natural change, but the result of human influence.” Though Meijers comment is in the minority of expert comments at the Science Media Center (3), the reticence of the other comments should be examined as they represent the significant understating reticent streak in climate science that has resulted in conservative projections of climate change impacts where almost every single impact is happening generations to a century ahead of long-held expectations.”

These waters play critical roles in heat and water movement and the STMW is big. It occupies 44 Sverdrups, or 44 million cubic meters of waters per second. For comparison, the Gulf Stream through the Florida Straights flows at 30 Sverdrups.  One of the most important functions of STMW is to bury carbon and hot water. Burying carbon is one of Earth’s major sequestration functions, and burying heat is the largest Earth air conditioner, that moderates our abruptly warming climate.

This critical piece of our world’s climate system is now in collapse where its thickness, or volume of water has been decreased by 86 to 93%. Unfortunately, as goes this one study area, likely goes the rest of the world’s oceans.

Abstract conclusion “Significant early-warning signals are found in eight independent AMOC indices, based on observational sea-surface temperature and salinity data from across the Atlantic Ocean basin. These results reveal spatially consistent empirical evidence that, in the course of the last century, the AMOC may have evolved from rela–tively stable conditions to a point close to a critical transition.”