Increased Flooding is Definitely a Thing 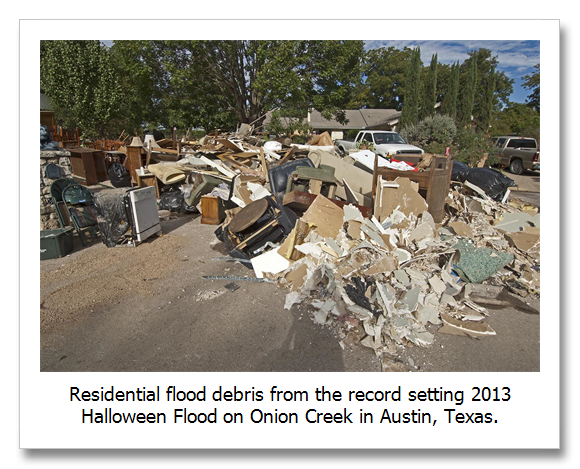 From the abstract:  “A devastating societal and economic toll on the central United States, contributing to dozens of fatalities and causing billions of dollars in damage. As a warmer atmosphere can hold more
moisture (the Clausius–Clapeyron relation), a pronounced increase in intense rainfall events is included in models of future climate. Therefore, it is crucial to examine whether the magnitude and/or frequency of flood events is remaining constant or has been changing over recent decades. If either or both of these attributes have changed over time, it is imperative that we understand the underlying mechanisms that are responsible. Here, we show that while observational records (774 stream gauge stations) from the central United States present limited evidence of significant changes in the magnitude of flood peaks, strong evidence points to an increasing frequency of flooding. These changes in flood hydrology result from changes in both seasonal rainfall and
temperature across this region.”

We are seeing an increase in frequency, not magnitude of floods across the north central U.S. The results show that 34 percent of the 774 gauges evaluated have seen an increase in flood frequency. They found “a stronger tendency towards increases in the frequency of heavy
rainfall days … over most of the region”

Flood frequency increased over large areas from the Dakotas to Iowa, Illinois and Ohio, and decreased to the northeast and southwest of this area.

Other anthropogenic changes, specifically the building of small impoundments (stock tanks) attenuates flooding like a giant detention pond. Increased soil drying also attenuates flooding compared to history by reducing the amount of water available for runoff. This is a very complicated problem but overall, it is is likely that these changes allow this research to understate the true impacts of climate change.

These findings show the great differences that are occurring in rainfall across parts of the U.S. In the Central and south central areas there has been a dramatic increase in the magnitude of rainfall events. The most extreme storms have increased 40 percent (see here).