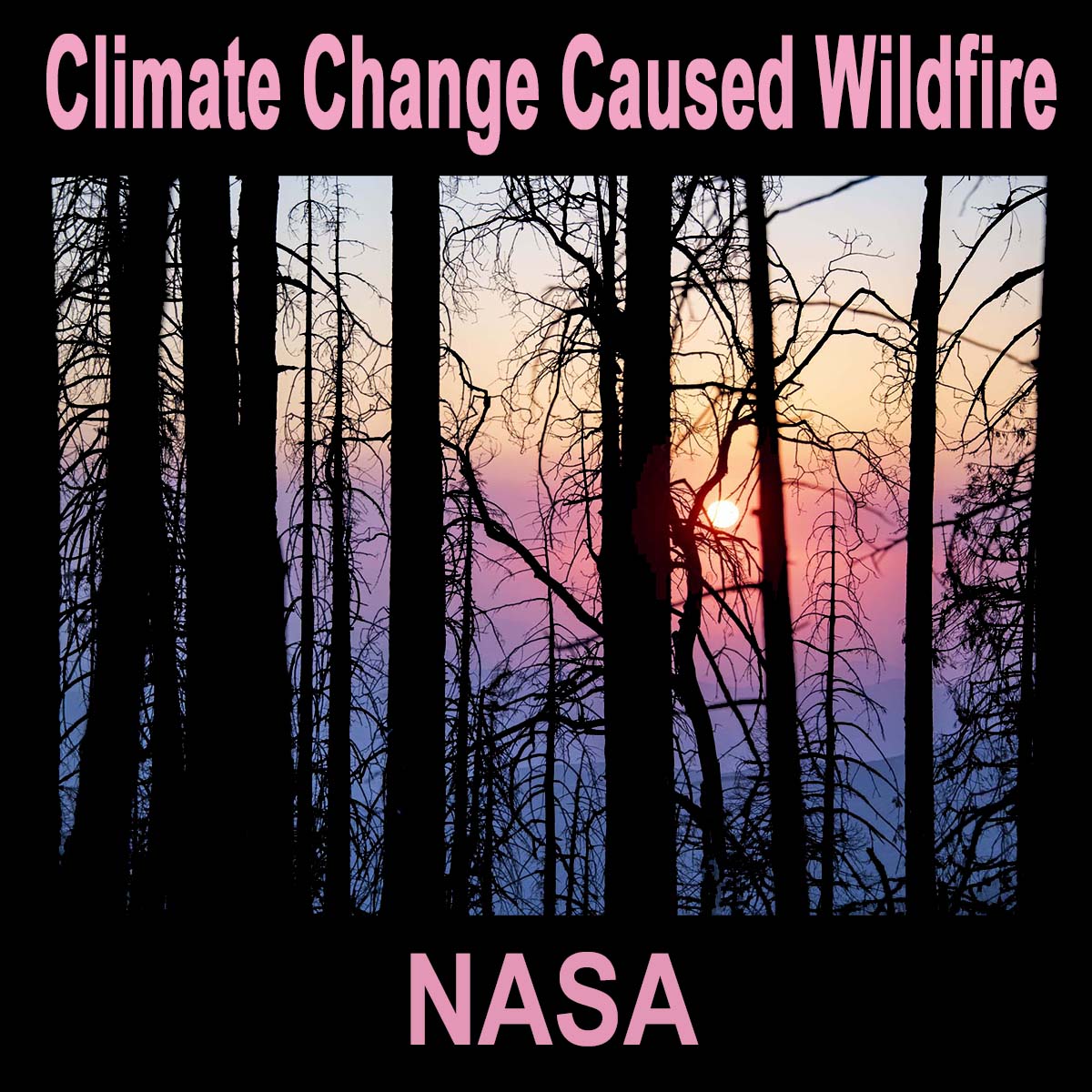 Summary from NASA, “While every fire needs a spark to ignite and fuel to burn, it’s the hot and dry conditions in the atmosphere that determine the likelihood of a fire starting, its intensity and the speed at which it spreads. Over the past several decades, as the world has increasingly warmed, so has its potential to burn.”

We know that wildfire has increased dramatically in recent years and this is echoed in this article, “Our ability to track fires in a concerted way over the last 20 years with satellite data has captured large-scale trends, such as increased fire activity, consistent with a warming climate in places like the western U.S., Canada and other parts of Northern Hemisphere forests where fuels are abundant.” But this knowledge alone still has holes.

Predominant in our climate change culture is the concept that fires  are a natural part of ecology, and that when we can tell, warming has enhanced fire, not caused the catastrophe. This is an academic definitive, based on statistical science that requires large amounts of data to form robustness. Recent trends however, have not been occurring long enough for large amounts of data to be collected. Once a large amount of data is collected in another decade or two, sure, we will be able to tell with traditional science evaluation.

It is becoming increasingly acknowledged that definitive statistical science is one of the major reasons why climate change impacts are happening so much sooner than projected. This is because of the poor ability of statistics to robustly capture a recent trend. This is a problem with all rapidly increasing trends, not just climate impacts. With climate impacts though, the risks are much higher than with most other trends.

This conundrum of statistical science’s inability to capture recent trends has captured the attention of consensus climate science organizations at the highest levels. These world leading scientists understand that scientific projections alone cannot save us, the trends are changing too fast, the impacts are too outsized, the risks too large. What they are suggesting is that climate scientists use more professional judgment in their findings.

Professional judgement? Isn’t this what scientists do? Not at all. Scientists are scientists. They observe evidence, and report on the certainty that whatever evidence they are defining is valid.  Professionals on the other hand, are workers that apply science to life. Engineers, medical doctors and economist are a few sectors that apply academic science to their profession.

NASA says, “In the Western U.S., people are accidentally igniting fires all the time, but when we have a period of extreme weather, high temperatures, low humidity, then it’s more likely that typical outdoor activity might lead to an accidental fire that quickly gets out of control and becomes a large wildfire.”

NASA is taking a giant leap forward in climate science. They are using professional judgement to define what is happening when traditional observational science fails. Nowhere in this article does it say,”we don’t know yet.” That’s a leap.