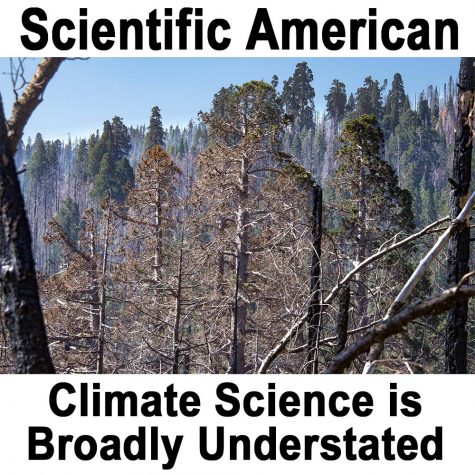 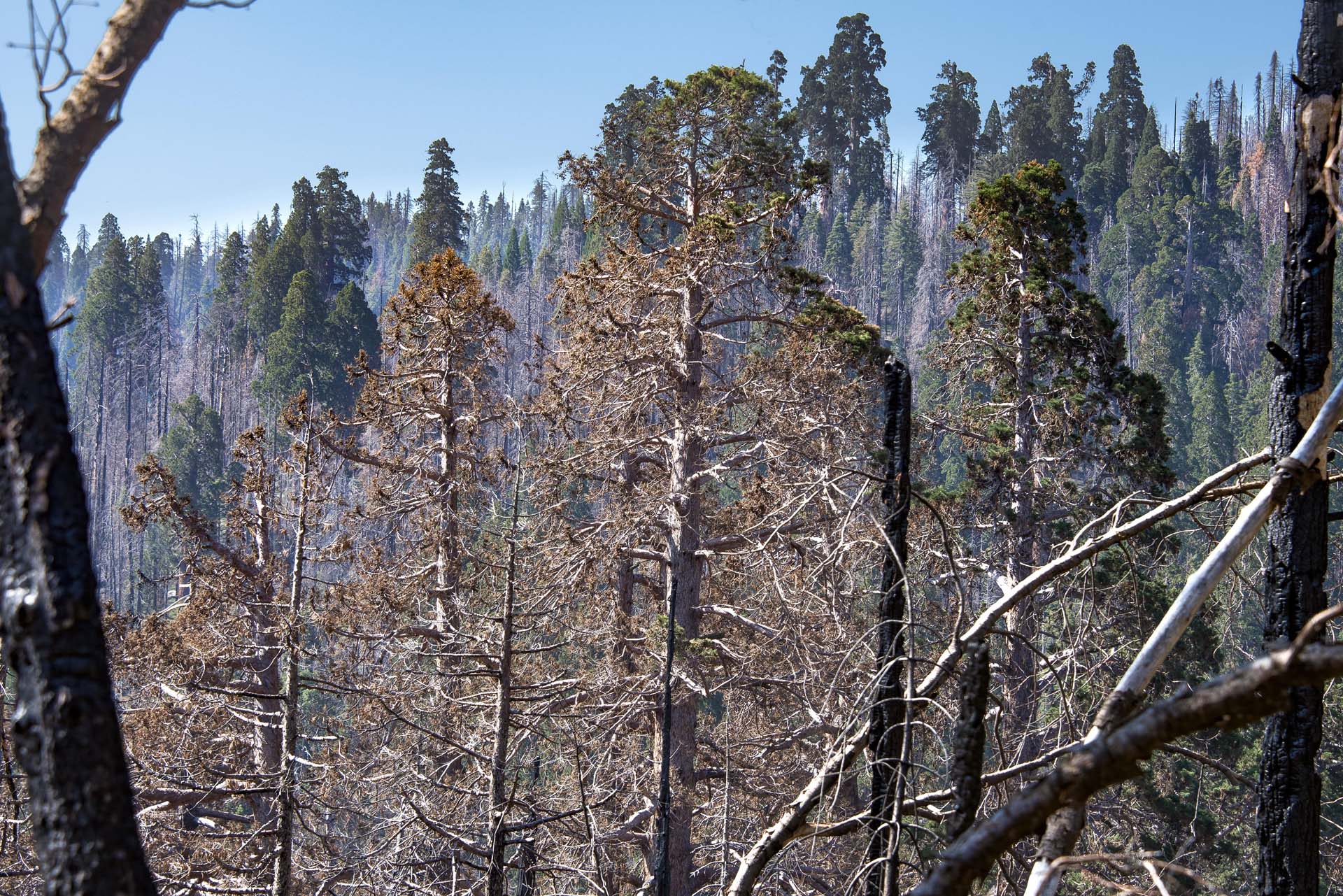 Four giant sequoias killed or mostly killed by climate change-caused wildfire. Sequoia National Monument, Black Mountain Grove, Pier Fire 2017. Sequoias don’t normal die in wildfire. When our climate has changed enough to cause sequoias to die, from overly extreme fires caused by unprecedented low fuel moisture, it’s caused by climate change, not enhanced. Broad understatement in climate science findings and especially consensus statements has created a very poor understanding of the natural phenomena going on all around us. Without climate change, this fire that has gone beyond the limits of our natural world’s evolution would not have been extreme enough to kill. It matters not the ignition source, be it man, lightning or power lines. This fire was caused by climate change, just like many of the other  unprecedentedly extreme fires  across our world in the last half dozen years.

A new book by Naomi Oreskes and others helps shed light on why we are in this climate change mess we are in by evaluating the inherent understatements in climate science publications and assessments of climate science literature. Professor Oreskes is a science historian and professor of geosciences at Harvard, known for her work on the topic of “97 percent of climate scientists support man-caused climate change,” and for her book and filmwork Merchants of Doubt.

Below is a summary of this Scientific American article reviewing the new book Discerning Experts, and also a summary of the rest of the story about how we find ourselves on a planet that far ahead of scientific climate change projections.

Science in itself understates because scientists are reticent in their findings. That is, they understate so that they are not wrong, because if they are wrong the academic journals will no longer publish their papers and they fail in their careers. We know that climate scientists understate and this has been proven time and again as future climate science projections turn out to be understated.

Climate scientists understate due to peer and public ridicule pressure, because extremes beyond traditional and historic occurrence are questioned as radical or alarmist. Scientists stating these extremes, and being accused of alarmism, is where “scientific exaggeration” with climate change originated. A scientist being labelled an alarmist is not a productive thing for a scientist.

They understate because of a perceived need for consensus. Findings that are outside of the consensus leave scientists standing in a place where few have stood. This is quite uncomfortable to most as it appears unreasonable to historic understanding of the facts.

The consensus itself understates because most in a consensus will not support findings that are too far beyond the established norm.

Not discussed in Oreskes’ piece:

Recent trends are difficult to prove statistically where long term data collection is required for statistical robustness. For example, it typically takes 30 years of data to prove statistical robustness with temperature data. The National Weather Service reevaluates average temperature every ten years because historically the averages have changed regionally a degree or two over several decade-long periods because of natural variations. The rapid warming we are seeing now is more rapid this year than least, and was more rapid the year before that than the previous year and etc.  This rapidly changing trend is averaged in to the previous 30 years of data understating the resulting average.

The Climate Change Counter Movement or CCCM (first labelled CCCM by global warming psychology in 2013) compounds understatement because they cast doubt on the science, saying it is yet uncertain and that uncertainty is proven in academic finds  as directly stated by the scientists, which is true but taken out of context. “Uncertainty” is how statistical results are defined, also referred to as “error bars.” Both “statistical uncertainty” and “error bars” are fuel for the propaganda fire that says climate scientists are not sure its real.

Media reporting compounds all of the above through several mechanisms. One is the “fairness bias,” where journalist seek to be fair and report both sides of an issue. This behavior has been created by journalistic ethics, as well as The Fairness Doctrine of the Federal Communications Commission, 1949 to 1987 when Reagan dismantled it, and the Equal Time Rule from 1927. The Equal Time Rule was implemented to require both sides of a political story be allowed to be told, but is poorly enforced today in our modern world of editorials, talks shows and political party debates. One place it lives on is in the rebuttal provided by the opposing political party after presidential State of the Union addresses.

On top of all this, the media understates because of ridicule — the exaggerating media, which is mostly false based on journalistic ethics, and they understate because they do not understand the scientific information provided in academic findings — literally, they are not scientists and science is communicated with jargon and principles they do not understand.

Given all of this understatement, is it a wonder that we have advanced as far as we have with our understanding of climate change?

The good news is that climate scientists in particular are aware of the shortfallings created by the standards of their industry and their personal behavior. The Intergovernmental Panel on Climate Change (IPCC) instructions to contributing scientists during the 2013 Report cycle suggested  professional judgement be used more often in their contributions, like engineers and medical doctors use professional judgement in their fields, to help minimize the inherent difficulties in traditional climate information evaluation. In the current 2021 report cycle, the IPCC has made this suggestion more strongly.