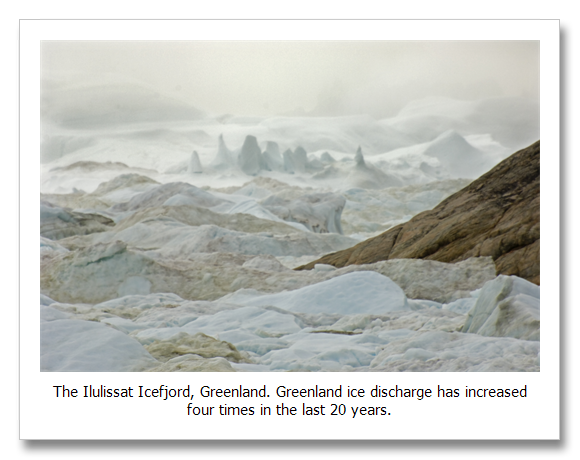 Reports of downgrading of climate change issues in the new report are entertaining, but grossly wrong. Climate sensitivity is one such issue that has made the news recently.

The reports are that sensitivity has been downgraded—that it is less than it was in the Fourth Assessment Report (AR4; this report is AR5) and this is simply false. Unreported is the rest of the story.

Both ends of the climate sensitive scale have been changed, not just the low end. The lower end went from 1.5 degrees to 1 degrees and the upper end went from 4.5 degrees to 6 degrees (all Centigrade). Is it curious that the media has not reported the upper end of the scale increasing three times more than the lower end? Or is it simply the fairness bias where the media reports “fairly” what has been told to them by whoever it is that is telling them these things (not IPCC scientists)?

Using climate sensitivity to evaluate global warming is in itself a flawed concept. Sensitivity is simply a measuring technique for climate modelers used to tell us how much climate change occurs with a doubling of CO2 concentrations over the last 250 years. Making it even more inappropriate to use climate sensitivity to evaluate climate change, it is based on slow feedback processes that occur over centuries to millennia, not fast feedback processes that work with time periods of less than a decade. It is the fast feedbacks that we are interested in obviously. (2)

To show how goofed up popular reporting is a few things are listed below that are not covered in the popular media:

Number 1: The first paragraph of the chapter on Climate Sensitivity tells us that the new modeling and the new scenarios in the new report have been reported “without any substantial change.” (3)

This is not to say the two reports are exactly alike. A mountain of new research has been done. Many more answers are now known with far greater accuracy and I will get to some of these in moment. The bottom line however is that climate sensitivity—based on how the climate scientists use it in modeling—has not changed substantially. Even though the upper limits have increased three times the lower limits, these are still the outliers and the way the IPCC process works is that they concentrate on the middle of the road.

But it is just this “middle of the road” focus that has gotten us into trouble in the past. By highlighting the middle of the road, all of the IPCC reports have basically underestimated the rate and impacts of climate change. (4)

Over the last four reports it has become increasing obvious that we need to be looking at the high end of the scale of the anticipated changes, or even higher than that. Logically then, shouldn’t we still be expecting these kind of results? The changes in the outer limits seem to be pushing us that way with three times the increase in the upper limits relative to the lower limits.

Elsewhere in the report:

Chapter 5, 5-3, fourth paragraph: “In some models climate sensitivity differs between warm and cold climates because of differences in the representation of cloud feedbacks.”

5-16, 2nd paragraph: “The limited number of models … which take into account slow feedbacks such as ice sheets and the carbon cycle, imply with medium confidence Earth-system sensitivity may be up to 2 times the model equilibrium climate sensitivity.”

Chapter 9, 9-69, third paragraph: Relative humidity is now used instead of the more generic “specific humidity” increasing the accuracy of the water vapor feedback.

9-69, fourth paragraph: Evidence from sea ice and snow cover data from 1979 to 2008 now gives a northern Hemisphere albedo feedback (snow and ice reflectivity) to use in polar regions instead for the global value. Polar region reflectivity is 3 times greater than the global levels.

9-70, thrid paragraph, first sentence: “Despite the range in equilibrium sensitivity, …they reproduce the global surface air temperature anomaly of 0.76°C over 1850–2005 to within 25% relative error.”