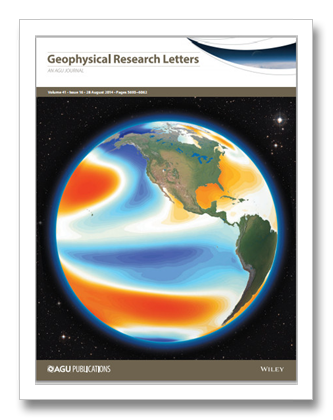 Work from the  Climate Change Research Centre, UNSW (The University of New South Wales), Australia Shows what temps would be like without anthropogenic interference—including aerosols in the mid 20th century!

These researchers used the latest generation of climate model simulations  to investigate the occurrence of hiatus periods in the past and under two future scenarios. They found three major drivers: volcanoes, the Interdecadel Pacific Oscillation (IPO, also known as the Pacific Decadel oscillation of PDO), and sulfate aerosols  associated with WWII and post war expansion and industrialization.  Their results show  that beyond 2030 there is little likelihood of a hiatus period occurring, even with a large volcanic eruption.  Nonvolcanic haitus periods through the twentieth century were found to be directly associated with the IPO. Under high rates of greenhouse gas emissions there is little chance of a hiatus decade occurring beyond 2030, even in the event of a large volcanic eruption.

Cowtan and Way [2013] (see here) show that lack of data in the Arctic has been responsible for a large part of the supposed hiatus, but a decided slow down in the increase in global temperature remains after 2000 when temperatures should be increasing non linearly with CO2 emissions and atmospheric concentrations.

The post WWII cooling from aerosols is now pretty well documented. It lasted until the mid 1970s when the U.S. adopted air pollution control regulations under the Clean Air Act Amendments adopted by President Nixon in 1970.