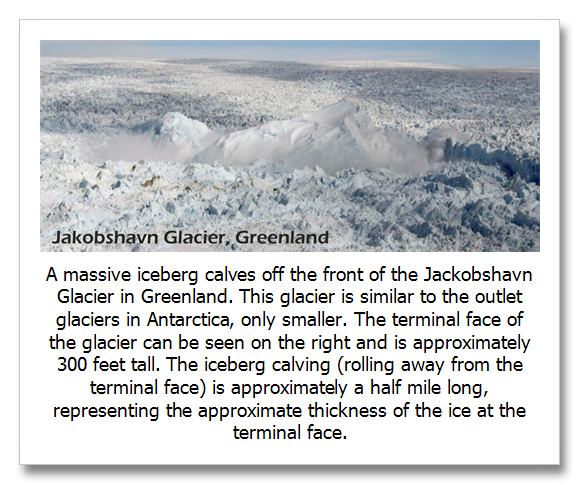 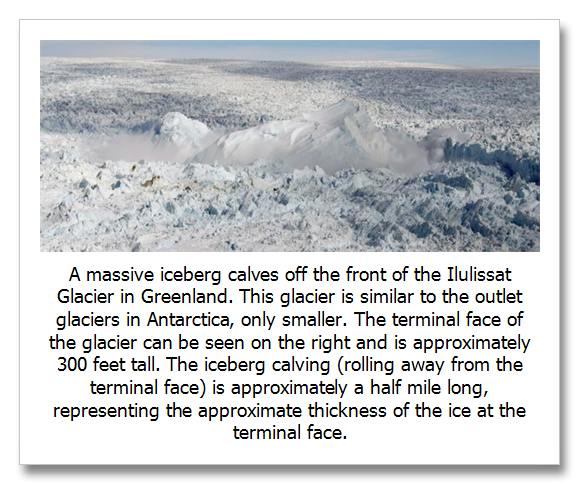 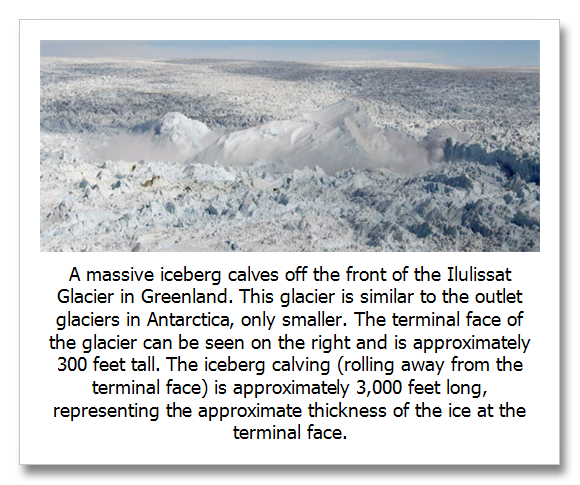 The news is not new in scientific circles, but new research has somehow piqued the interest of the media and the word is out. The West Antarctic Ice Sheet (WAIS) is in the initial stages of irreversible collapse. This will ultimately lead to 13 to 20 feet of sea level rise in time frames between a few centuries to a thousand years depending on what research one reads.

This research, from the University of California Jet Propulsion Laboratory and the California Institute of Technology documents grounding line retreat of major WAIS outlet glaciers and associated thinning of these glaciers due to increases in ice flow. The abstract concludes:

These rapid retreats proceed along regions of retrograde bed elevation mapped at a high spatial resolution using a mass conservation technique that removes residual ambiguities from prior mappings. Upstream of the 2011 grounding line positions, we find no major bed obstacle that would prevent the glaciers from further retreat and draw down the entire basin.

To interpret: Retrograde bed elevation means the base of the glaciers gets deeper the further inland one travels. This is caused by several things, but most prominently, the crust of the earth beneath Antarctica has been depressed by as much as 5,000 to 6,000 feet because of the great weight of the three mile thick ice sheet. The depression is greatest towards the center of the continent (about the South Pole). This leaves the bedrock around the edge of Antarctica as a high point. 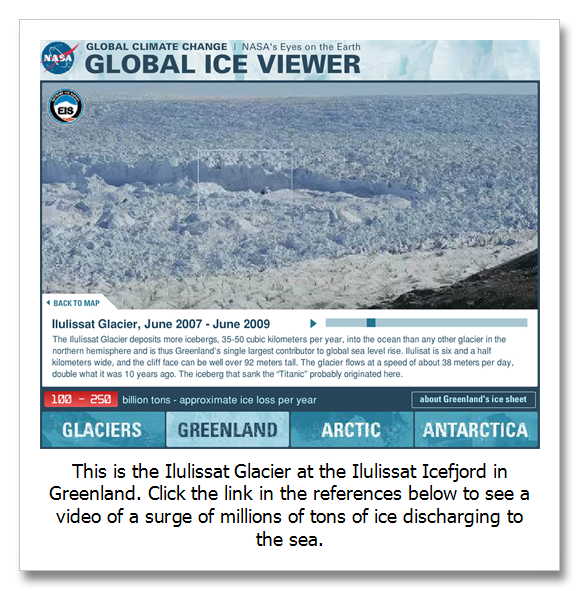 This deepening of the ice towards the center creates what is known as marine ice sheet instability. Because the ice of the WAIS rests on the bed of the sea, it known as a marine ice sheet. It’s the last major marine ice sheet on Earth, of which there were once many during the last ice age when 30 percent of Earth was covered with ice. These marine ice sheets are inherently unstable because of many things other than their retrograde sloping beds.

Though most of their ice rests on bedrock, the edges are thinner than the rest and float. When sea level and ocean temperatures are stable, the edge of the ice is in equilibrium. That is, melt and iceberg calving along the edges equals ice flow towards the ocean from the interior equals ice flow from the great heights on the interior. Change ocean temperature and more ice melts beneath the ice sheet destabilizing the flow. Raise sea level and more of the ice floats, again destabilizing the flow.

This destabilization continues in the form of increased flow of ice until the flow equals underice melt and sea level rise stabilizes.

Current research on time frames for collapse are based on modeling, and modeling of ice sheet flow for what this phenomenon is called dynamical collapse and it is in its infancy. Ice sheet melt for steady-state ice cube melt is still fairly young and has broad ranges, but these dynamical collapses are really difficult to model. 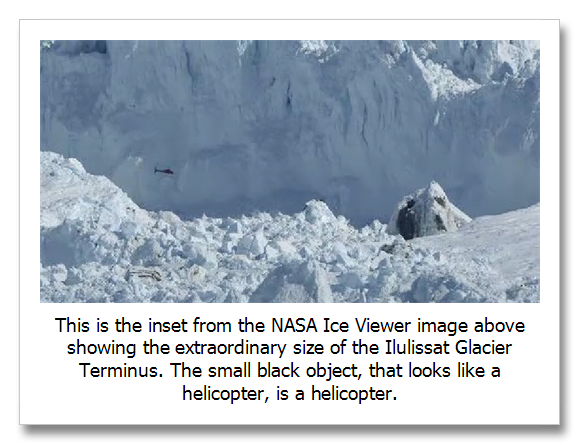 Because of this, time frames for collapse appear to be much longer than evidence of the only previous collapse identified suggests.

About 120,000 years ago, Xcaret reef on the Yucatan Peninsula of the Gulf of Mexico and Caribbean Sea experienced a 6.5 to 10 foot sea level rise jump in one or two generations of acrocarpa (elkhorn) coral (see here). Elkhorn coral lives 10 to 12 years so this time frame is considerably shorter than what current modeling projects.